Skizzy Mars Net Worth 2018 – How Wealthy is the Rapper Now? 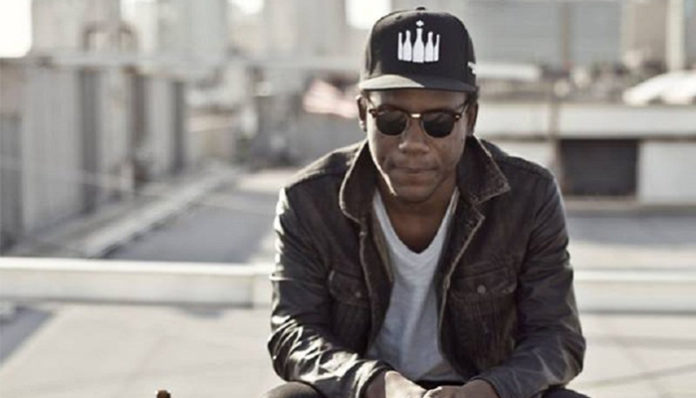 Hailing from New York, Skizzy Mars first gained widespread attention for his 2015 extended play, The Red Balloon Project. Fond of music ever since he was young, he grew up listening to the works of Good Charlotte, Animal Collective, and The Killers. Eventually taking his passion to the next level, he began to record his own beats in his teens.

Ultimately, it was after he published the song, Douchebag on the web in the early 2010’s, that he first caught some attention.  From there, Skizzy Mars began to record more material; before long, his talents had garnered him a recording deal with PHM. In 2013, the New Yorker released his debut mixtape, Phases, which went on to attract a considerable amount of attention.

Since then, he has released another mixtape, a studio album, and a handful of singles- many of which are collaborations with other well known artists in the country. According to various sites, Skizzy Mars currently has a net worth of $3 million. Where did he make this fortune from? How many streams of income does the 24-year-old have? Let’s find out below.

How did Skizzy Mars Make His Money & Wealth? 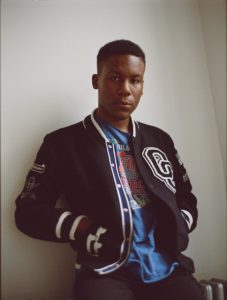 Born on June 8, 1993 in Harlem, New York, Skizzy Mars (Real Name: Myles Mills) is the son of a therapist, and daycare owner. Growing up, he went through several phases in terms of the music that he had listened to; while he was in grade school, he was especially fond of the works of Good Charlotte. From there, he eventually got into “more sophisticated alternative music” such as the Animal Collective and The Killers. By the time he was a high school senior, he was into the works of Kid Cudi, Kanye West, and A Tribe Called Quest.

A student at a local private school, where the student population was predominantly white, Skizzy Mars felt that he had never “fit in”. Ultimately, it was Kanye West and Kid Cudi who had inspired him to become a rapper. Prior to this realization, the New Yorker had always wanted to become a sportscaster, mainly due to his big love for sports. According to a recent interview, his early ambition was to either become a SportsCenter agent or anchor.

An exceptional student, he later received early admission to a college in upstate Manhattan; at the time, he had full intentions of going to school for four years to obtain a bachelor’s degree. However all of that soon changed, after he released a song on the internet titled, Douchebag. A huge hit, it quickly gained the attention of netizens who reposted and shared it among their friends. Inspired by the initial success, Skizzy Mars later released two additional songs, which went on to receive a considerable amount of love on the web.

Before long, his works had caught the attention of those in the music industry; they later offered him a publishing deal- which was a huge milestone for the aspiring rapper. Taking advantage of the fact that his college allowed him to take some time off, he went off to the studio to work on his music. In March 2013, Skizzy Mars dropped his first mix tape titled, Phases. Made available online, it contained fourteen tracks including Cheers, Douchebag, Delusional, Pay For You, The Come Down, and Wrong Crowd.

A year later, the rap artist released his second mix tape, Pace, also as a digital download. Similar to his previous work, it boasted twelve titles, a couple of which featured fellow artists Jon Waltz and Mrs Jones; some of the tracks included Half Past Three, Sometimes, Mistakes, All Say, Numb, and Drink and Dance. Since it was first uploaded as a playlist onto Soundcloud, the project has been streamed millions of times.

On April 22, 2014, Skizzy Mars delivered two singles, one of which was Make Sense. Produced by Michael Keenan, the song has received close to 3 million hits, since it was first made available. On Youtube, it has also garnered over 83K views. The second single, All Say, proved to be even more popular than the first, having received more than 3.68 million streams on Soundcloud alone. While they didn’t reach the music charts per se, the two tracks helped to solidify the artist’s place in the rap scene.

In 2015, the New Yorker received a huge break with the release of his debut extended play, The Red Balloon Project. Distributed through the PHM label, it contained seven songs including Down, Time, To the Bottom, The City, Like This, and Be Lazy, many of which featured artists such as Phoebe Ryan, Olivver the Kid, G-Eazy, Charlie Brand, QuEST, and Devon Baldwin. Met with praise among his fans, one of its tracks, Do You There has since been streamed over 9.7 million times online- a telling sign of his growing popularity. His first release to hit the charts, it reached number 35 on the US Billboard Top 200.

On April 8, 2016, Skizzy Mars released his long awaited album, Alone Together via PHM. Revolving around tactile affairs and mental landscapes, the 12-track project incorporated a mix of pop, R&B and hip hop. Often described as an “intimate look” into the artist’s world in the big city, the album included the songs Give Up on Me, Silver Lining, Feel It Loud, Girl on a Train, Hit Me Harder, What it Look Like, Burn Bridges, and Alcoholics. Among those who were featured in the album were Rome Fortune, PJ, Pell, James Young, Olivver the Kid, JoJo, and Chose.

Aside from his solo music works, the artist has also made a few guest appearances in the works of others over the years. For instance in 2014, he worked with Miniature Tigers on the song, Used to be the Sh**T and with Chinah on the track, We Go Back (Jarami Remix). Two solid releases, they offered him further exposure in the realm of hip hop. More recently in 2016, Skizzy Mars collaborated with DJ Vice and Jasmine Thompson on the hit single, Steady 1234, which went on to chart in Slovakia and the Czech Republic.

In addition to what he makes from his music sales, another major source of income for Skizzy Mars comes in the form of concert shows. Since his debut, the rapper has performed at numerous cities and venues across the country from New York to Ohio. In fact just last year, he embarked on a tour which saw him entertaining fans at over 40 different locations in the United States. Kicked off at The Altar Bar in Pittsburgh, it continued for several months before ending in Philadelphia.

As far as recent performances go, the rapper hit the stage at Johnson Field in Albuquerque, New Mexico, and at Montana State University in Bozeman, Minnesota this past April. Obviously, he would have received a handsome booking fee for each of these events, possibly in the tens of thousands, if not more.

According to a recent interview, Skizzy Mars’ goal in hip hop is to “blend genres”. Assuming that all goes according to plan, he would not only like to eliminate genres, but he’d also like to be able to work with the same idols that he grew up listening to.

Currently it is estimated that he has a net worth of $3 million. From all that’s been mentioned above, it can be seen that the majority of his wealth came from his record sales, although his many live performances throughout the years would have also supplemented his income greatly. Seeing that he’s still in his twenties, with plenty of room left for growth, it’s more than likely that his overall assets will continue to grow over the next years.

No, the New York rapper is not married. From what we can tell, Skizzy Mars is currently single- he has never mentioned having a significant other on social media or in interviews.

It is unknown whether or not the twenty something year old has dated anyone in the past.

Does Skizzy Mars Have Any Children?

No, Skizzy Mars does not have any children that we know of.

Did Skizzy Mars Go to College?

Yes, he went to college (at one point, anyway). After graduating from The Browning School, he received early admission to Union college in upstate New York at the age of seventeen. Despite his initial plans of becoming a sports journalist however, he later dropped out after ten weeks in order to pursue a career in rap.

Where Did Skizzy Mars Get His Name From?

When asked about the origins of his current stage name, the rapper admitted that he was in fact, “not completely sure where Skizzy [had] came from”. Having said that, he revealed that his favourite teacher in high school used to call him “Skills Mills”. Ultimately, as one thing led to another, he used it as the basis for his moniker.

Unfortunately, all we know regarding Skizzy Mars’ residence is that he currently lives somewhere in New York. Neither information nor photos of his home have ever been released to the public.

What Kind of Car Does Skizzy Mars Drive?

We do not have any information on Skizzy Mars’ vehicle at this time.

Since his debut, the 24-year-old rapper has released a number of records including a studio album, an extended play, both of which secured a spot on the US music charts. Not only that, but he’s dropped two mix tapes, and a handful of singles, including the hit collaboration, Steady 1234 with DJ Vice and Jasmine Thompson.

As of July 2017, Skizzy Mars has amassed over 235K followers on Soundcloud.

How Much Did Skizzy Mars Make Last Year?

Unfortunately, we do not have any information on Skizzy Mars’ 2016 income.

The last that we heard of the artist, he was heading back to rehab last October. As far as recent music releases go, he dropped his debut studio album entitled, Alone Together in April 2016.

Last year, he also spent many months on the road for his 2016 concert tour- in total, there were over 40 dates across the United States. After kicking off in Pittsburgh, it came to an end in Philadelphia. Since then, he’s also performed in Albuquerque and Bozeman.