Hunter Rowland Net Worth 2018 – How Wealthy is He Now? 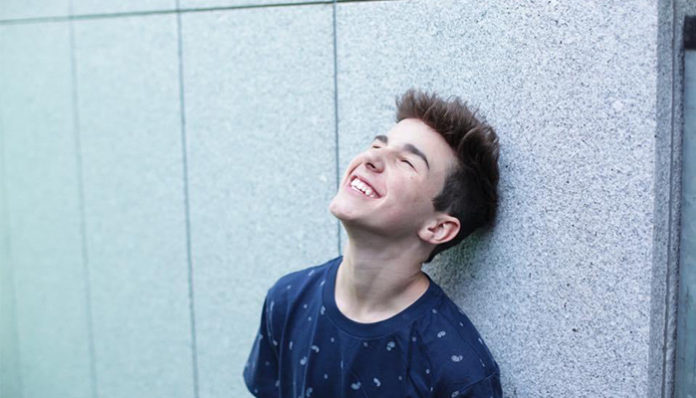 Social media star Hunter Rowland first rose to fame on the live-streaming platform, YouNow. Hailing from Florida, he was originally introduced to the app by his brother Brandon, in 2015. Although initially shy, he soon gained enough confidence to express himself online. Before long, his work had garnered him thousands of followers.

As his fanbase gradually grew and expanded, Rowland began spreading out to other social media platforms such as Twitter and Instagram. To date, he has accumulated over 636K followers on the former and 2.2 million fans on the latter. More recently, he has also created a Youtube and musical.ly account, in hopes of growing his presence online.

Since then, his popularity has continued to grow on the web- just last year, he was invited to tour with the Magcon Boys alongside his brother Brandon. In 2015, he even participated in the VidCon as a special guest.

Now for the big question, how much has he earned over the last few years from his various endeavours? According to various sites, his estimated net worth is currently in and around the $250,000 mark. How did he make this money? Let’s find out.

How did Hunter Rowland Make His Money & Wealth? 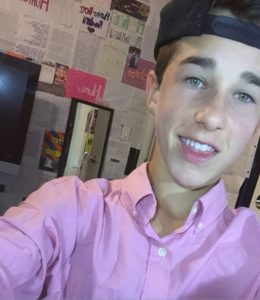 Born on April 5, 2001 in Florida, Hunter Rowland had many interests as a child including playing the guitar and singing. When he was five years old, his father left the family; as a result, he and his two younger brothers were brought up by their mother. Since her marriage to his step-father, the family has expanded to include a half-sister named Alexa and a half-brother named Tyler. A talented athlete, he was also a member of his school’s wrestling team. Despite this, he was relatively shy as a young teen. At the age of fourteen, his brother introduced him to YouNow- a new live broadcasting app that allowed its users to interact with individuals online. Deciding to take a stab at it, Rowland soon registered for an account.

From there, he eventually began broadcasting live- although it felt awkward at first, it didn’t take long for Rowland’s confidence to build on the app. Before long, he had gone viral after posting a video with the tag #Don’tJudgeMeChallenge, that featured him and his brother. Thanks to that, and his continuous interaction with fans, his following quickly grew to be in the thousands just months after his online debut.

As his fanbase established itself, Rowland started to move onto other social media platforms, such as Twitter and Instagram. Supported by his existing following, his follower count on the two apps quickly rose to match that of his YouNow account. To date, the Florida native has amassed over 2 million fans combined across the two sites/apps.

Since then, he has also created a Youtube channel, which has received over 1.1 million lifetime views since its launch in March 2015. Although we don’t know for sure how many subscribers he has on the site (he’s set his follower count to private), his most popular upload, Try Not to Laugh Challenge *impossible* W Nick Bean, has since been viewed more than 483,000 times. Assuming that he’s able to monetize his content through Google’s partnership program, Rowland would be able to earn a considerable amount of spare change through his videos.

In addition to his online endeavours, Rowland has also taken part in various public events over the last couple of years. For instance in 2015, he was a special guest at the VidCon in Anaheim, Los Angeles; he later revisited the convention in 2016 for the Musical.ly and YouNow booths. That year, the social media personality was also invited to take part in the Magcon 2016 Tour with fellow online stars Aaron Carpenter, Jacob Whitesides, Carter Reynolds,Taylor Caniff, Shawn Mendes, among others.

As far as television appearances go, he was featured in two episodes of the Netflix original series, Chasing Cameron in 2016, which entered around the life of Vine star, Cameron Dallas.

In terms of other side endeavours, Rowland had also set up an online merchandise store through his website at one point, although it currently appears to be unavailable.

From everything that’s been said above, it can be assumed that he earned most of his existing wealth from his social media accounts (e.g. endorsements, advertisements, sponsorships, etc), and live events. Seeing as how he’s still in his mid teens, it’s highly like that his online career will only continue to take off from here. If his recent appearance on Chasing Cameron was any indication, he may even take on a few television roles sometime in the future.

Who is Hunter Rowland Dating?

From what we can gather, the teen is not currently seeing anyone- at just fifteen, it may in fact be a little early for him to be dating in the first place.

Where Does Hunter Rowland Go to School?

He is currently a student at a local high school in Arizona, where he is an active member of the school’s wresting team. In his free time, he also enjoys playing basketball with his friends.

Born in Florida, Hunter Rowland spent most of his childhood in Arizona, before relocating to Los Angeles, California in his teens. Other than the fact that he lives with his mother, not much is known about his home.

How Much Did Hunter Rowland Make Last Year?

What Kind of Car Does Hunter Rowland Drive?

At fifteen, the social media star is a tad young to be behind the wheel.

Since he first made his YouNow account in 2015, his presence on the web has grown considerably- as of July 2017, he has over 800K followers on the live-broadcasting platform, more than 2.2 million followers on Instagram, and over 2 million fans on musical.ly.

In 2016, he was invited to join the MagCon boys on their tour alongside his younger brother, Brandon Rowland.

As of 2017, Hunter Rowland continues to update his social media accounts diligently on a regular basis. As a student of course, he’s also working towards obtaining his high school diploma.