Christian Collins Net Worth 2018 – How Wealthy is the Social Media Star Now? 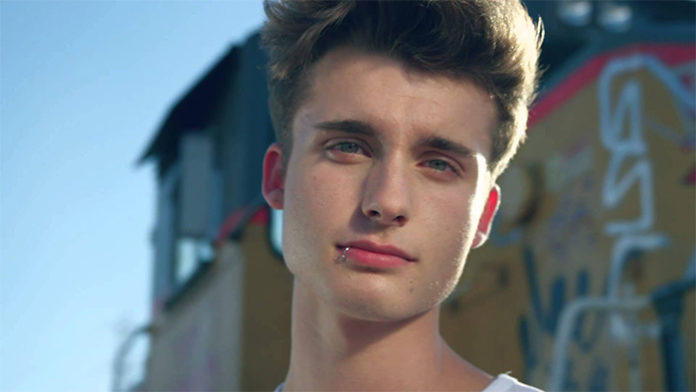 Social media personality Christian Collins initially rose to fame on Vine in the winter of 2013. Hailing from Canada, he first launched his Youtube Channel at the age of eleven- little did he know at the time that he would one day become a star with millions of followers on the web. As he carried on with making videos, his online presence only continued to grow.

By the time he was in his early teens, Collins had branched out to Vine- one of the newest video-sharing apps at the time. Known for his comedic clips, he quickly garnered over 1 million fans within just two months. By the time the platform closed in 2017, the Canadian star’s had a following that was well in the millions.

Since then, he has re-focused his efforts onto his Youtube channel, which has reached 2.2 million subscribers as of July 2017. Not only that, but Collins has also embarked a music career- some of his most popular songs include: Gonna Get Burned, She Makes Dirt Look Good, Drive You Off My Mind, Too Much You For Me, and Hey Girl.

According to various sources, Christian Collins currently has a net worth of $1 million.

How did Christian Collins Make His Money & Wealth? 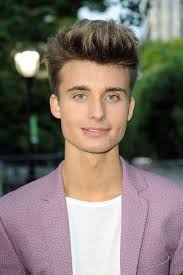 Born on April 18, 1996 in Canada, Christian Collins is the second oldest out of four siblings, he has a brother and two sisters, all of whom are also involved with social media. Growing up, he enjoyed playing sports and hanging out with friends. At the age of seventeen, he launched his Vine account, where he eventually began posting a number of comedic six-second clips. Capturing the attention of users almost instantly, he reached 1 million followers in less than two month’s time.

Since then, his Youtube channel- which he created back in 2010, has also grown incredibly popular. As of 2017, he has over 2.2 million subscribers and more than 91.4 million views across his videos. In addition to the vlogs that he regularly posts, Collins has uploaded a number of cover songs onto his page, most of which have garnered hundreds of thousands of hits each.

Looking at his channel now, his most popular video- a cover of Something That I Used to Know has been viewed over 7.5 million times. Some of his other top uploads include How to Get a Guy to Like You, What Makes a Girl Attractive, and How to Tell if a Guy Likes You. Considering his wide audience and reach, it wouldn’t be surprising if Collins earns himself a pretty pay check from Youtube, via their partnership program.

By choosing to display ads on one’s videos, Youtubers are able to make some money on the side through the site. Typically, Google pays its users upwards of $5 per 1,000 monetized views- while this may seem like a trivial amount at first, the total earnings can easily add up if you have a considerable following, like Collins. Seeing as how he has over 91 million views on his channel, a few simple calculations tell us that his earnings can be upwards of $180,000.

On top of Vine and Youtube, Collins also has a considerable following on Instagram (e.g. over 3.8 million fans). As a social media influencer, he would have undoubtedly been approached by brands for various endorsement or sponsorship opportunities. On average, the pay for a single campaign can easily be in the thousands. Obviously, such advertising opportunities would add up to give a considerable amount.

In addition to his online career, Collins has also carved an identity for himself in the music industry. As a recording artist, he has released a few songs including One, Ain’t Ready and Don’t Let Go. At one point, he even collaborated with his sister, Kirsten Collins on a track. In November 2015, he started a fundraiser to help raise money for the creation of his first extended play, Bringing a Dream to Life. The last that we checked, he had raised close to $16,000 towards the project.

Just last December, the Youtube star signed a management deal with Randy Jackson, a record producer who’s best known for his work on America’s Best Dance Crew. According to reports, he will be guiding Collins’ upcoming EP release and concert tour.

From everything that we’ve said, it can be seen that Collins earned most of his $1 million fortune through social media- in particular, Vine and Youtube. Seeing as how he’s currently preparing for the release of his debut EP, it’s probably fair to say that his career is only just getting started.

While he isn’t married, the aspiring singer is in a relationship with fellow Youtube star, Eva Gutoswski. The two have been featured in numerous videos together since they first got together.

It’s unknown whether or not Collins was in any prior relationships in the past.

Does Christian Collins Have Any Children?

No, Christian Collins does not have any children that we know of.

Did Christian Collins Go to College?

From what we can tell, the social media star did not go to college. Ever since he completed high school, he’s been focusing his efforts on his social media career.

Unfortunately, we do not know anything about his housing situation- other than the fact that he resides in Canada. As such, images of his house are unavailable at this time.

What Kind of Car Does Christian Collins Drive?

While he has mentioned his car several times on social media, he’s never revealed the make of his vehicle to fans.

How Much Did Christian Collins Make Last Year?

Information on his 2016 salary is currently unavailable.

Sometime in the near future, he’ll be breaking into the music scene with his debut EP, Bringing a Dream to Life.

As mentioned above, Christian Collins is currently working with Richard Jackson with the release of his first extended play. According to a recent interview, he’ll also be embarking on a concert tour to promote the EP upon its release.