Joan Smalls Net Worth 2018 – How Wealthy is the Model Now? 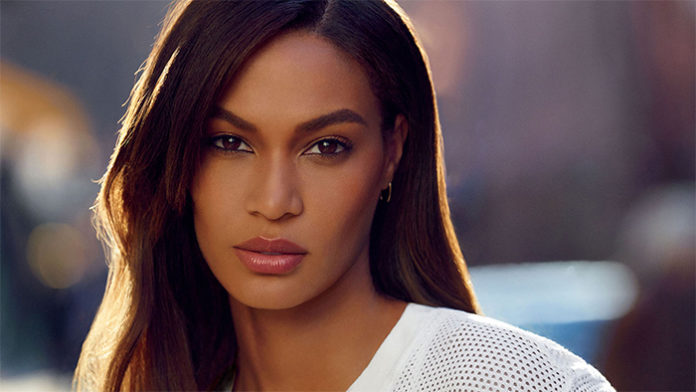 One of the world’s highest-paid models, Joan Smalls has been posing in front of the cameras ever since the late 2000’s. Hailing from Puerto Rico, she relocated to New York City after graduating from college to pursue a modelling career. In 2007, she signed with the Paris-based agency, Elite Model Management.

Since then, Smalls has modelled for countless fashion houses including Burberry, Gucci, Chanel, Versace, Louis Vuitton, and Dior, to name a few. Throughout her career, she has graced the covers of Vogue, Elle, Harper’s Bazaar, Glamour and Self Magazines, to name a few.

Model of the Year at the 9th Annual Style Awards in 2012, the Puerto Rican also became the first Latina model to represent the American cosmetics brand, Estee Lauder in 2011. Well recognized in the fashion world, Small has an estimated net worth of $13 million, according to various sources.

How much does she earn from a modelling gig on average? What other sources of income does the model have? We’ll be discussing the answers to those questions below.

How did Joan Smalls Make Her Money & Wealth? 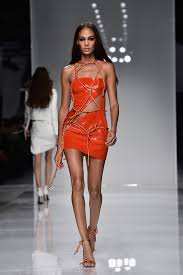 Born on July 11, 1988, in Puerto Rico, Joan Smalls is the daughter of an African-American father and an Indian, Taino, Spanish, and Puerto Rican mother. Raised in the city of Hatillo, in the country’s North Coast with her two sisters, she went to the Interamerican University of Puerto Rican after graduating from high school, where she majored in psychology. Unfortunately, not much is known about her early childhood.

After graduating from college in 2006, Smalls moved out of her native Puerto Rico, to the United States- she eventually settled in New York City, where she aspired to work as a model. With her stunning looks and modelesque figure, she had no difficulty landing a job in the industry; in 2007, she signed with the Paris-based modelling agency, Elite Model Management. From there, she began appearing on a series of advertisements and prints.

Two years after signing with Elite Model Management, she signed with IMG Models- it was then that she began focusing on runway work. In 2009, Small landed a gig with the French luxury fashion house, Givenchy, for which she modelled the works of designer Riccardo Tisci at the Haute Couture show in 2010. That same year, Smalls began posing for lingerie brand, Victoria’s Secret; she has since taken part in the brand’s Secret Fashion Show for six consecutive years from 2011 until 2016.

Since she worked for Givenchy, the Puerto Rican star has modelled for numerous designer brands such as Tom Ford, Gucci, Prada, Lanvin, Alexander Wang, Chanel, Versace, Fendi, Louis Vuitton, and Oscar De La Renta, among many others. By the early 2010’s, she had taken part in numerous shows for fashion week held in various cities across the world including Paris, London, New York, and Milan.

As far as magazine appearances go, Small has been featured in sundry publications including the international editions of Elle, Dazed & Confused, i-D, Harpers Bazaar, Interview, and Industrie. Across the globe, the model has also appeared on the covers of the Japanese, Australian, Italian, Latin American, Korean, German, Spanish editions of Vogue Magazine; similarly, she has been on the Mexican and South African editions of GQ, and the Italian, Turkish, and French editions of Elle, among others.

In the fall of 2013, she appeared alongside fellow model Karlie Kloss on the front cover of Vanity Fair. Dubbed as “The New Supers”, it brought the two much attention at the time. Around that same time, Smalls was also paid to appear on the Pirelli Calendar and on the cover of an issue of Vogue Magazine in the United States. Over the years, her work with various publications has been extensive, to say the least.

As a fashion model, Smalls is the first Puerto Rican to have represented the brands Gap, Roberto Cavalli, Calvin Klein, Hugo Boss, H&M, and Barneys New York among others. Aside from clothing, she’s also fronted the advertising campaigns of Mercedes-Benz, Tiffany & Co., and Hugo Boss Eyewear.

In terms of ambassador work, she signed with Estee Lauder in 2011- making her the first Latina to have ever signed to one of the brand’s worldwide campaigns. Incredibly versatile in front of cameras, her work even led the company’s global creative director to refer to her as a “supermodel”. More recently this April, Smalls was appointed as W Hotels’ first ever Global Fashion Innovator- a position in which she will help to create dan shape W’s global fashion platform worldwide.

In addition to her modelling work, Smalls has also proved herself to be a capable entrepreneur. In 2015, she launched her own collection of clothing in collaboration with True Religion. Active oriented, it featured raglan sweatshirts, skinny denims, as well as sporty underthings. Exclusively available at Nordstrom and True Religion stores, items ranged anywhere from $58 to $238 a piece.

With her long time collaborator Estee Lauder, she had also launched a collection of lipstick in the summer of 2015.

Since the early 2010’s, Smalls has made several television appearances, mostly in the form of fashion shows. Other than that, she’s also been featured in a few talk shows here and there including Entertainment Tonight, and The Insider. In 2012, she co-hosted the MTV fashion series, House of Style alongside fellow model Karlie Kloss for seven episodes.

A social media influencer with over 2.3 million followers on Instagram, she’d easily earn a few grand for promoting a brand or product on her page. In fact, did you know that some celebrities can earn upwards of six digits for a campaign? Besides Instagram, Small has also amassed more than 255K followers on Twitter.

Let’s take a look to see how much she’s earned in the last few years- according to therichest.com, Smalls took home an estimated $3.5 million in 2013. From there, she earned another $3 million in 2014, and another $5.5 million in 2015. In 2016, it was said that her earnings were around the $4.5 million mark, although this has not been officially confirmed.

Currently, it is estimated that Joan Smalls has an overall net worth of $13 million. Breaking it down, it’s obvious that most of her wealth came directly from her modelling work- it’s wouldn’t be surprising at all if she were to make a few thousand dollars, if not more, per modelling gig. While she spends most of her time in front of cameras however, she also has other things going for her as mentioned above, including her various business endeavours and television involvement.

As surprising as it may be, the supermodel doesn’t have a ring on her finger yet- having said that, it doesn’t mean she doesn’t have a significant other to call her own. Since 2011, Smalls has been dating football player, Bernard Smith. Together, they’ve been spotted numerous times in public; for instance, they were seen attending the Met Ball After Party this past May. Will they be tying the knot anything soon? Only time can tell.

It’s unknown whether or not the Puerto Rican star has dated anyone else in the past.

Does Joan Smalls Have Any Children?

No, from what we can tell, Joan Smalls does not have any children.

Did Joan Smalls Go to College?

Yes, the brunette went to college. After graduating from high school, Smalls attended the Interamerican University of Puerto Rico, a Christian institute located in San German, where she studied psychology- she later obtained her bachelor’s degree in the early 90’s.

Shortly after her graduation, she moved to New York to pursue a modelling career (and obviously hasn’t looked back!).

Unfortunately, the model’s residence has never been revealed to the public (considering how popular she is, that’s probably a good thing). Assuming that she he hasn’t moved, she most likely lives in New York City, New York. Having said that, her modelling work probably requires her to travel often between different cities.

Considering the above, we do not have any pictures of Joan Smalls’ house to share with readers at this time.

What Kind of Car Does Joan Small Drive?

While it’s true that she has posed with many cars throughout her career, we do not have any information on her personal vehicle at this time.

How Much Did She Earn Last Year?

According to various sources, Smalls took home an approximate $4.5 million in 2016. Considering what she’s been involved with in the last year, the majority of that sum most likely came from her modelling endeavours (e.g. 2016 Victoria’s Secret Fashion Show).

Joan Smalls as a Philanthropist

A philanthropist at heart, Smalls has been involved with several organizations in the past years. For instance, she’s dedicated her time towards Project Sunshine, a non-profit dedicated towards helping young children with medical needs. In 2016, she was also spotted alongside supermodel Naomi Campbell at Leonardo DiCaprio’s charity gala.

In 2014, Smalls even donated a few pairs of shoes from her personal collection for the non-profit organization, Small Steps Project, which aims to raise funds to improve the lives of those living around municipal dumps worldwide.

One of the highest paid models in the world according to Forbes, Joan Smalls was presented the title of “Model of the Year” at the ninth annual Style Awards in 2012. That same year, she was also ranked at the top of Models.com’s “Top 50 Models Women” list, where she remained until the summer of 2014.

After walking the runway for Victoria’s Secret Fashion Shows for many years, Joan Smalls designed and launched her own collection of lingerie and swimsuit with Walmart this June. Teamed up with the intimates line Smart & Sexy, the model will naturally also become the face of the brand.

Aside from her business endeavours, it has also been announced that the Puerto Rican will be making her official acting debut in an upcoming film titled, Set It Up, to be released through Netflix next year. In it, she will be playing the girlfriend of the main protagonist, Charlie who will be portrayed by actor Glen Powell. Since she took to Instagram to share the news, she’s received thousands of likes from fans.