Loren Gray Net Worth 2018 – How Wealthy is the Social Media Star Now? 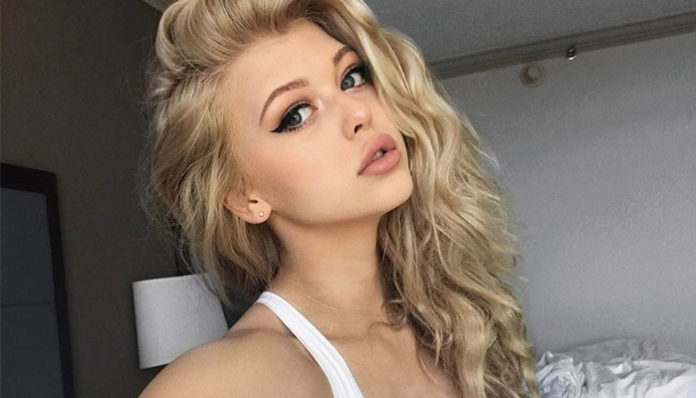 Internet celebrity Loren Gray first garnered widespread attention for her lip sync videos on musical.ly, a popular social network platform. Hailing from Pennsylvania, she made her online debut in 2015 and hasn’t looked back- as of July 2017, she has millions of followers across Instagram, Twitter, and Snapchat.

Since then, her presence has also grown tremendously on Youtube, where she now has over 1 million followers. Aside from vlogs, her channel also includes various tutorials and challenges- all of which have garnered hundreds of thousands of views, at the very least. To date, her Youtube page has received over 25 million lifetime views across her videos. Aside from her primary account, Gray also has a collaborative channel with fellow social media star, Baby Ariel.

Considering her sizeable fanbase, it’s only natural that her online ventures have yielded her a small fortune over the past couple of years- but how much? According to various sources, Loren Gray currently has an estimated net worth of $150,000. How many sources of income does the blonde have? Let’s take a look at the answer to that question.

How did Loren Gray Make Her Money & Wealth? 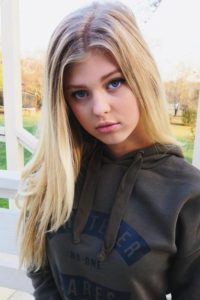 Born on April 19, 2002 in Pennsylvania, Loren Gray grew up as an only child in a middle-class family, although she does have a half-sister from her father’s previous marriage (whom she doesn’t stay in contact with). Ever since she was young, she had expressed an interest in music, fashion, acting and modelling. Considering all that, it wasn’t surprising when she decided to make a name for herself online.

Going with the trend, she started to get involved with social media around the age of ten. After creating herself a Youtube account in 2012, she went on to get involved with musical.ly- having found it to be an appropriate platform for her to showcase her musical talents. From there, Gray created a number of videos in which she lip-synced to some of the most popular tracks in contemporary music.

A natural performer, her videos quickly racked up a considerable amount of views upon being uploaded online. Before long, the Pennsylvania native had become one of the most popular celebrities on the platform, with thousands of followers to her name. With time, this figure has only grown to include more zeros; as of 2017, her musical.ly account has roughly 16 million followers.

Aside from the lip syncing app, Gray has also found success on Youtube. Since she first created her channel back in 2012, the fifteen year old has amassed over 1 million subscribers and more than 25 million video views. With these numbers, she’d easily be able to monetize her content through the site’s inherent partnership program; the way it works is that Youtubers are able to earn a set amount of ad revenue per 1,000 views, should they decide to display Google ads on their videos.

On average, the payout ranges from $2 to $5 per 1,000 monetized views, depending on various factors such as location, audience, reach, and content. Assuming that Gray is part of the program and that she makes at least $2 per 1,000 views, she would have earned at least $20,000- seeing as how she has 25 million total video views (eg. approximately 40% is monetized by the site). Not bad for a teen wanting to make some cash on the side!

So far, her most popular video- Recreating My Old Look!! has gotten over 2.3 million views within just a month. Some of her other most viewed titles include Winter Dance: Get Ready With Me, Harley Quinn Simple Makeup Tutorial, Stripped Down, and Cooking with More **Warning: Messy**. Combined, these uploads have received more than 7 million hits on the site.

According to Socialblade, Gray’s channel has been growing at a steady rate since the beginning of 2016. With a year, from January 2016 to January 2017, her subscriber count had jumped from 44K to 730K- that’s a substantial increase! As far as video views go, it’s said that she receives anywhere from 40K to 100K+ views a day. With this kind of growth, it wouldn’t be surprising if her earnings from ads were to go up over the next little while.

In addition to the previous mentioned platforms, Gray is also a social media influencer on Instagram with over 5.9 million followers on the photo/video-sharing app. With this kind of audience, we can only assume that she has her fair share of sponsorship and endorsement deals- all of which would obviously add to her growing bank account. Did you know that it’s not unheard of for online celebrities to make upwards of six figures from such campaigns?

In the past, the young star has taken part in numerous offline events- for instance in this year alone, so far, she has entertained and met fans in over half a dozen cities in the United States from Albany, New York, to Houston Texas.

For fans who’d like to support her further, Gray even has her own online shop through Merchjunkie, in which one is able to purchase things like t-shirts, hoodies, posters, and even fidget spinners!

Does Loren Gray Have a Boyfriend?

Despite her relatively young age, the blonde had dated Joey Kisluk, a fellow social media star, when she was just twelve years old. At one point during their relationship, they even had a shared Instagram account through which they posted various selfies, and videos.

More recently in 2016, she started a relationship with Juwany Roman, however they’ve since broken up after being together for two months.

As of 2017, it’s unclear whether or not Gray is currently in a relationship.

Does Loren Gray Have Any Children?

No, the fifteen year old is too young for children.

Where Does Loren Gray Go to School?

A high school student, Gray currently goes to school in her home state of Pennsylvania- further details are unavailable at this point.

Where Does Loren Gray Live? Pictures of Loren Gray’s House

Seeing that she’s still a minor, Loren Gray currently resides in her mother’s house in Pennsylvania. We do not have any pictures of the home to share with readers at this time.

What Kind of Car Does Loren Gray Drive?

The teen is still a little too young to be driving on the streets.

This May, it was announced that the young star had signed on with the digital management and production company, Shot Studios. According to reports, they will be helping to grow and manage her career in all areas of entertainment.