Jon Paul Piques Net Worth 2018 – How Rich is the Social Media Star Now? 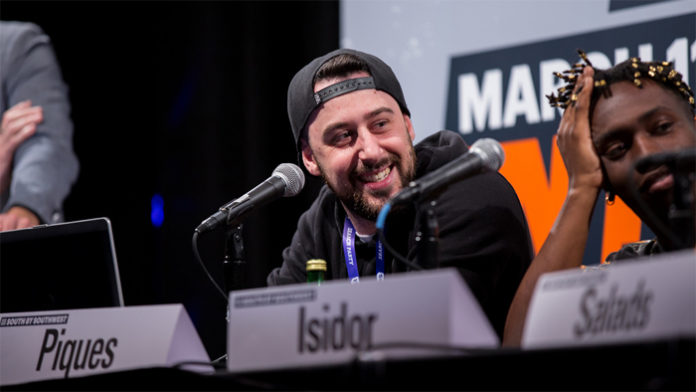 A former soccer player, Jon Paul Piques worked as a salesman for several years before attaining fame on social media. Hailing from Toronto, Ontario, his online career started with the creation of his Vine account in April 2014. Throughout his Vine career, he collaborated with several stars including Jerry Purpdrank, Christian DelGrosso, Anwar Jibawi, and Gary Rojas.

Since then, Piques has branched out to other platforms including Instagram, Twitter, and Facebook. On the photo/video-sharing app alone, he’s amassed over 1.8 million followers. One of the most popular internet celebs from Canada, his following has continued to grow steadily over the past few years. As of 2017, his Facebook page boasts more than 8.5 million likes from across the globe.

Just recently, it was announced that the 31-year-old will be making his film debut in the comedy, Airplane Mode (2017), alongside Jake Paul, Logan Paul, and Chloe Bridges. According to sources, Jon Paul Piques currently has an estimated net worth of $300,000. What are his main sources of income? Let’s take a look.

How did Paul Piques Make His Money & Wealth? 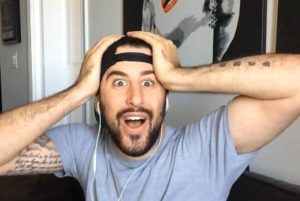 Born on June 30, 1986 in Ontario, Canada, John Paul Piques was brought up in the city of Toronto. As a young child, he mainly poured his free time into sports- in particular, he was especially fond of soccer. After many years of perfecting his skills on the field, he went professional in 2004, at the age of eighteen- not long after his high school graduation.

That year, he made his professional debut playing for S.C. Braga and Sporting Clubs de Portugal, two well known European teams. From there, Piques eventually joined the Montreal Impact in Canada, during which he was on the same team as his close friend and roommate, Cristiano Ronaldo. In 2007, the Toronto native participated in the Canadian Soccer League, where he ultimately helped Trois-Rivieres Attak to win the Open Canada Cup.

Deciding to switch career paths in his twenties, Piques later went to Humber College in Toronto, where he majored in sales and marketing. After obtaining his bachelor’s degree, he landed a job at an insurance company, for which he worked for a few years. A successful salesman, he reportedly earned six figures during his time as an agent. Ultimately, it was during this time that he began creating videos in his spare time.

In the spring of 2014, the insurance salesman joined the new social media sensation at the time- Vine. He later uploaded his first six second video, That Moment When Your Fav Part of the Song Comes On on April 10, 2014. Funny and relatable, it quickly racked up the views over the next few days. Before long, his work had gone viral, leading his follower count to go up by the thousands.

Over a period of three years, Piques had managed to earn over 3.1 million followers on Vine. After being shut down in early 2017, the social media star turned his attention to Instagram, to which he began uploading short video clips. To date, he has over 1.8 million fans on the photo/video-sharing app. A social media influencer with his own devoted fanbase, his content easily gains upwards of 2 million+ views.

In December 2016, he launched his current Youtube channel, Piques. Within a few months, he has reached over 11K subscribers and more than 538K video views. Currently, his number one video, When Your Girlfriend Takes Private Dance Classes has been viewed more than 120K times.

Assuming that he’s part of the Google partnership program (because who wouldn’t want to monetize their videos?), he would earn upwards of $5/1,000 views from his channel. A few simple calculations tell us that Piques would have made at least a few hundred dollars, from his videos. His top upload alone, would have earned over a hundred bucks from ad revenue.

Aside from his work with social media, Piques has also been involved with a couple of television series. In 2015, he helped to direct the animated cartoon, White Ninja, which included Brian Drummond, Paul Scheer, and David Kaye in the voice cast. More recently, it has been announced that he will be making a cameo as a basketball player in the TV mini-series, Pretty Vacant.

Perhaps even more impressive is the fact that he will be making his big screen debut in the comedy film, Airplane Mode (2017) alongside many other internet celebs including Jake Paul, Mikaela Hoover, Chloes Bridges, and Local Paul.

Currently, it is estimated that Jon Paul Piques has a net worth of $300,000. While it’s entirely possible that a portion stems from his salaried job as an insurance agent back in the day, it’s more likely that his current wealth came from his work as a content creator on Vine, Youtube, and Instagram.

No, he is not married. Judging from a video (e.g. When Your Girlfriend Takes Private Dance Classes) that he recently posted onto Youtube however, he is currently in a relationship.

It’s unknown whether or not Piques has dated anyone prior in the past.

Does Jon Paul Piques Have Any Children?

No, Jon Paul Piques does not have any children that we know of.

Yes, after many years of playing soccer professionally, he went back to school at Humber College, where he eventually attained a degree in sales and marketing. From there, he worked as an insurance sales agent for several years.

Originally from Toronto, Ontario, Jon Paul Piques currently resides in Los Angeles. Unfortunately, that’s about all we know- we do not have any images of Jon Paul Piques’ house to share at this time.

What Kind of Car Does Jon Paul Piques Drive?

Not only is he a former soccer player, but as a social media influencer he’s reached 3.1 million followers on Vine, 1.8 million fans on Instagram, and 8.5 million likes on Facebook. Perhaps even more exciting is the fact that he’ll be appearing in the film, Airplane Mode later this year.

How Much Did Jon Paul Piques Make Last Year?

We do not have any information regarding his 2016 salary at this time.

Aside from his role in Airplane Mode, Jon Paul Piques will also be making a small appearance in the upcoming TV mini series, Pretty Vacant.