Alli Fitz Net Worth 2018 – How Wealthy is the Social Media Star Now? 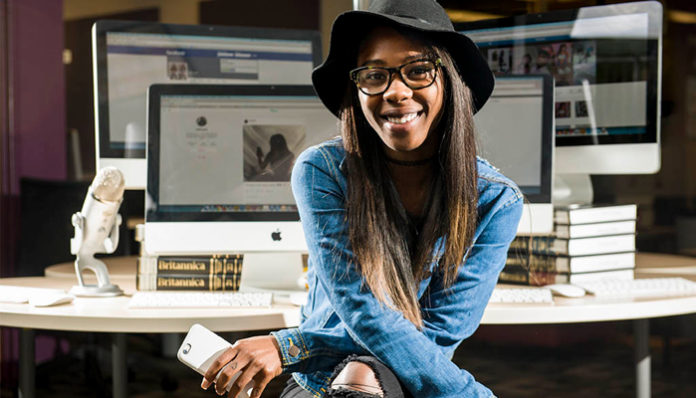 Alli Fitz- better known as Allicattt, first rose to fame on the web through Vine in 2013. Hailing from Ohio, she initially created her account to follow her celebrity crush, Tyler the Creator in her teens; little did she know at the time that she would one day attain a grand following of her own. By the end of her Vine career, she had more than 4.7 million fans on the platform.

Since then, Allicattt has also carved an identity for herself on Instagram (606K followers), Twitter (216K followers), Facebook (253K likes), and Youtube (413K subscribers). A rising star, her online presence has grown tremendously over the last few years. Throughout her career, she’s also collaborated with several other web celebrities, including Lele Pons, with whom she’s since become best friends with.

On top of her career in social media, the 23-year-old has recently broken into the music industry, with her first single, Hair. Considering all that she has going for her, how much has she managed to bank so far? According to sources, Alli Fitz currently has an estimated net worth of $200,000. How did she go about earning this amount? Let’s find out below.

How did Alli Fitz Make Her Money & Wealth? 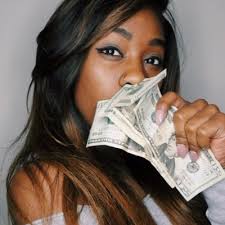 Born on September 10, 1993 in Ohio, Alli Fitz is from Wilberforce, Greene County. Unfortunately, not much is known about her early life, other than the fact that she’s always been fond of the performing arts. After graduating high school in 2011, she went to a local college where she she majored in theater studies. Ultimately, it was around that time that she first got involved with social media.

In 2013, a new social phenomenon took the internet by storm, Vine- a platform that allowed its users to upload short, six-second clips. Unsurprisingly, many soon took to the app, where they quickly rose to celebrity status with million of followers- one of them being, Tyler the Creator. As it happened, Allicattt was a huge fan of the social media star- after learning that he was on Vine, she decided to create an account to follow her celebrity crush. Who would have thought then that she would one day attain a massive following of her own?

Although she originally signed up for an account just to follow the star, she eventually began uploading short videos of her own onto her page. To her surprise, it didn’t take long for her Vines to gain momentum; before long, her clips were receiving hundreds, and then thousands of views each. As her popularity on Vine continued to grow, Allicattt started to collaborate with other Vine stars including Jaxon Parez, and Lele Pons, the latter of whom she’s since become best friends with.

As she continued to make videos over the next little while, her follower count continued to climb. By the time it was announced that Vine would be shutting its doors in early 2017, Allicattt had well over 4.7 million followers. Although her Vine career eventually came to an end, the platform had played a tremendous role in the launching of her social media career. From there, she eventually branched out to other sites/apps including musical.ly, Instagram, Youtube, and Twitter, to name a few.

Since she first created her Youtube channel in 2014, Allicattt has amassed over 413K subscribers and more than 19 million video views. Capitalizing on her popularity, it’s no secret that she earns a decent passive income from Youtube through Google ads. As of July 2017, her most popular upload, Reacting to my 2014 Vines has been viewed over 790K times; some of her other top videos include REacting to Horror Movie Trailers, Starbucks Unicorn Frappucino Taste Test, Trying Weird Foods, and Black People Try Mexican Candy.

Through Youtube’s partnership program, users are able to earn upwards of a few dollars per 1000 monetized views. Assuming that 40% (a general ballpark) of her total views are monetized, she would have earned at least $7,000 from her channel so far. According to statistics provided by Socialblade, her account has been growing at a steady rate since 2015- currently, she receives anywhere from 100 to 300+ new subscribers a day. At the rate that her channel is growing, it wouldn’t be surprising for her earnings to also go up in the near future.

In addition to being a content creator, AlliCatt has also ventured into music as a recording artist. In 2014, she released her debut single titled, Feel It In My Heart through Boomopolis Records. Made available as a digital download, it has been streamed thousands of times online since its release. From there, she dropped her second single, Rather Be– a collaboration with Chad Jaxon, on March 24, 2015. A cover of the original by Clean Bandit,  it, the song currently has a 3.5 star rating on the iTunes store.

To sum up, it’s clear that the 23-year-old has several streams of income- her social media accounts (e.g. Vine, Instagram, Youtube) and record sales. For all we know, she might even break into television sometime in the future.

No, the young star is not married- in fact, from what we can tell, Allicattt is currently single. In the past, she’s dated Chad Jaxon Perez, a social media celeb from Hawaii. At one point, there were also rumors that she was dating Scotty Sire.

Does Allicattt Have Any Children?

No, Allicattt does not have any children that we know of.

Did Allicattt go to College?

Yes, she went to college. After completing high school, she majored in theater studies at a local institute- she later obtained her bachelor’s degree in December 2015.

Where Did Allicattt get her name from?

Contrary to popular belief, her name is neither Alexandria nor Allison, but Alexandra. According to her Twitter, her moniker “Alli” was given to her by her grandmother.

Unfortunately, we do not know much about her housing situation- it’s unclear whether or not she still resides in her hometown in Ohio. We do not have any pictures of Allicattt’s house to share at this time.

What Kind of Car Does Allicattt Drive?

Details on Allicattt’s car is unavailable at this time.

Since her rise to fame in the early 2010’s, Allicattt has amassed a huge following online- more specifically, she currently has over 2.6 million followers on Musical.ly, 606K followers on Instagram, and 216K followers on Twitter; on Vine, she also had over 4.7 million fans.

As a recording artist, she’s dropped two singles so far- Feel It In My Heart and Rather Be, in 2014 and 2015 respectively.

How Much Did Allicattt Make Last Year?

Regrettably, information on Allicattt’s 2016 salary is unavailable at this time.