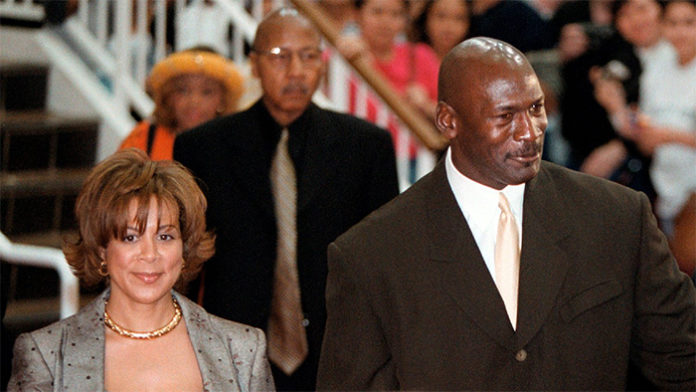 A former model, Juanita Jordan is best known as the ex-wife of former NBA star, Michael Jordan. Hailing from Chicago, she had met the basketball player through a mutual friend in 1984. After several years of dating, they became engaged in 1987; due to various circumstances however, she later called off the engagement.

Before the couple even began to discuss the topic of marriage again, Jordan discovered that she was pregnant with his child. Although there was some disagreement as to who was the father, the two eventually married in 1989 at a chapel in Las Vegas. A shotgun marriage, their son, Jeffrey Michael Jordan was already ten months old at the time.

Over the next years, their relationship went through several bumps; in fact, Jordan had filed for divorce more than once during the 2000’s. Finally in 2006, it was settled and the two went their separate ways.

As the former wife of NBA superstar, Michael Jordan, how much did the she receive as part of the divorce settlement? How wealthy is the 58-year-old now? We’ll be trying to answer these questions below.

How did Juanita Jordan Make Her Money & Wealth? 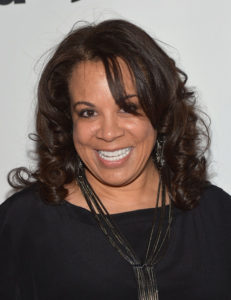 Born on June 13, 1959 in Illinois, Juanita Jordan (Birth Name: Juanita Vanoy) was raised in the city of Chicago with her five sisters. Due to the fact that it wasn’t until she started a relationship with NBA star Michael Jordan in the 80’s that she came under the limelight, not much is known about her early life. Having said that, we know that she had always been a hardworking, and ambitious woman.

After graduating from high school (presumably), Jordan worked briefly as a model before pursing a career as a loan officer; throughout her twenties, she was employed at a number of organizations including Heitman Financial Services and the American Bar Association. In 1984, she met Michael Jordan for the first time through a common friend at a local restaurant in Chicago.

Befriending each other, they eventually met up a few more times during the course of that year. After knowing each there for a little over a year, the pair started a relationship in mid 1985. Despite the vast difference in their status and careers-she was an office worker while he was a big name sports celebrity, the two were very much in love. Two years later on New Year’s eve in 1987, the two got engaged after the NBA star proposed to her at Nick’s Fish Market.

Although Jordan said yes to the proposal initially, things eventually stalled and she decided to call off the engagement. From there however, the Chicago native found out that she was pregnant, presumably with their child. In response to this news, the two got into a heated argument about who the child’s father was; at the time, the NBA star was not convinced that it was his child.

In spite of the initially arguments, the two eventually settled down and got married at a wedding chapel in Las Vegas, California. A shotgun wedding, their son, Jeffrey Michael Jordan (b. 1988)  was already ten months old by the time of the nuptials. According to reports, Jordan reportedly received a 5-karat marquise diamond ring from her husband that day. A year after tying the knot, the couple welcomed a second child into the family, a son named Marcus James Jordan (b. 1990).

Their third child, a daughter named Jasmine Mickael Jordan, was born in January 1992. For several years, the family enjoyed life together in Chicago; however tension ultimately started to rise in the house by the early 2000’s. In January 2002, Jordan filed for divorce from her husband, citing irreconcilable differences. Despite this however, the petition was soon withdrawn as the two eventually reconciled.

Then again, Jordan filed for a divorce in December 2006, citing the same reason- irreconcilable differences. Unlike what happened last time however, the process was soon finalized and the couple went their separate ways. A huge news headline at the time, their breakup shocked fans all around the world. Not only because their relationship was portrayed to be swell, but because their divorce settlement became one of the most expensive that the country had ever seen.

In addition to gaining custody of their three children, Jordan received $168 million from the divorce. Obviously with that kind of money, she’s been doing fairly well for herself over the last decade. But that doesn’t mean that she’s simply been idle at home the entire time- since their divorce, she has gotten involved with real estate; on top of that, she has even designed her own line of furniture.

Best remembered as the former wife of NBA star, Michael Jordan, she has been the focus of several tabloids over the last few years- especially after the birth of his twins, with his new wife, Yvette Prietto in 2014.

While she’s enjoyed a successful career over the past decade, it’s probably fair to say that most of her current fortune came from her divorcement settlement in 2006.

Since her divorce with Michael Jordan, Juanita Jordan has not remarried- having said that, she has been in a relationship with baseball player Juanita Jordan since 2006. Now that they’ve been together for over a decade, will they be tying the knot anytime soon? Only time can tell.

Does Juanita Jordan Have Any Children?

Yes, as mentioned above, Jordan has three children with her high-profile ex-husband. Their first son, Jeffrey Michael Jordan was born in 1988, their second son in 1990, and their daughter in 1992.

Did Juanita Jordan Go to College?

In the past, she had expressed an interest in pursuing an associate’s degree at a local junior college; however, it’s unknown whether or not she’s pursued that since.

In 2014, Jordan sold her and her ex’s old home, a $4 million triplex located in Chicago. Boasting 8,000 square feet of space, the penthouse included four bedrooms, five and a half bathrooms, a recreational room, a media room, as well as a beautiful spiral staircase at the center of the home.

What Kind of Car Does Juanita Jordan Drive?

We do not have any information on her vehicle at this time.

How Much Did Juanita Jordan Make Last Year?

Juanita Jordan as a Philanthropist

While she was with Michael Jordan, the two established the Michael and Juanita Jordan Endowment fund, a charitable foundation that aims to support various educational and community causes. The Vice Chairman of the foundation, she has supported several children’s health and educational organizations including The Sickle Cell Disease Association of Illinois and the Chicago Children’s Museum.