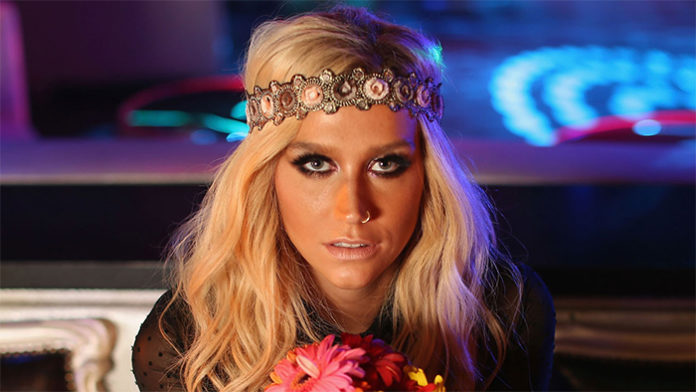 Hailing from Los Vegas, American singer Kesha was propelled into fame after being featured in Flo Rida’s hit single, Right Round in 2009. Raised by a single mother, her family financially struggled during her childhood; they often relied on food stamps and welfare to get by.

Ultimately, it wasn’t until the early 90’s that Kesha’s talent in singing came to light. After taking some song-writing classes, she signed with Kemosabe Entertainment and began working with other artists such as Paris Hilton, Kelly Clarkson and The Veronicas.

Then in 2009, Kesha released her debut album, Animal after signing a multi-record deal with RCA Records. Not only was it a chart topper, but it also spawned four hit singles including the 5x platinum, Tik Tok. Since then, the rapper has  released over a dozen singles, two extended plays, as well as another album.

Currently it is estimated that Kesha has a net worth of $5 million. Where did she earn most of this money from? Interestingly enough, her fortune was said to have been around the $40 million mark just a few years earlier- what led it to drop so sharply?

We’ll be trying to answer these questions below.

How did Kesha Make Her Money & Wealth? 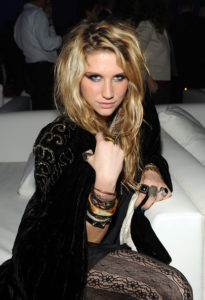 Born on March 1, 1987 in Los Angeles, California, Kesha and her brother were single handedly raised by their mother; they have never met their father. Growing up, the family often faced financial difficulties- in fact, most of their childhood was spent relying on food stamps and welfare payments. A singer-songwriter, her mother later secured a new publishing deal in 1991, which led the trio to move to Nashville, Tennessee.

After settling down, Kesha often tagged along to her work at the recording studios; it was then that her vocal talents first came to light. As far as her schooling goes, she went to Brentwood High School and Franklin High School during her teens; however due to her unconventional style, she’d never fit in. Despite this, she excelled as a student. Towards the end of her high school career, she was offered a full ride scholarship to Barnard College after achieving a near-perfect SAT score- but instead, she chose to pursue a music career.

Shortly afterwards, the teen signed to Kemosabe Entertainment in 2005. From there, she had the opportunity to work with many already-established artists including Paris Hilton, The Veronicas, and Kelly Clarkson. Still, she often struggled financially; to make ends meet, she later picked up a gig working as a waitress at a local restaurant.

After a couple of failed attempts at securing a record deal, Kesha successfully signed with RCA Records. Seeing as how she’d spent the last few years putting together her debut album, it wasn’t long until the project- titled, Animal was released in January 5, 2010. In fact, it was preceded by her breakthrough single, Tik Tok which charted at number one and attained 5x platinum status in the US.

Executively produced by Dr. Luke, Animal consisted mainly of electro pop elements, although it did contain some degree of dance pop. Recorded over seven years, the album boasted fourteen tracks including Blah Blah Blah (Feat. 3OH!3), Stephen, Dancing with Tears in my Eyes, Party at a Rich Dude’s House, and Boots & Boys. Nothing short of a successful debut, it entered the top of the Billboard 200 with over 152,000 copies within the first week.

An international success, Animal also reached the top five in Australia, Austria, Canada, Greece, Ireland, Japan, and New Zealand. To date, it has sold 4.5 million copies worldwide and has attained platinum status in the US.

Just a few months down the road, Kesha released her EP titled, Cannibal. Despite the criticism that it garnered for its use of auto-tune, the overall consensus for the project was positive. More dance-pop than her debut album, it featured nine tracks including We R Who We R, Sleazy, Blow, Crazy Beautiful Life, and The Harold Song. Shortly after its release, it debuted at number 15 on the Billboard Top 200; it eventually sold 74,000 copies in the first week.

The artist’s second full length album, Warrior was later released on November 30, 2012. Spanning the pop rock, electropop, hip hop, and techno pop genres, the 12-track project entered the US Billboard 200 at number six, with 85,000 sales in the first week. Although its chart performance was underwhelming compared to her debut effort, it still managed to find success in several other countries including Spain, the UK, Japan, Brazil, Canada, Australia, and Greece, to name a few.

Then in February 2013, Kesha released her second EP dubbed, Deconstructed. Produced by Greg Kurstin, it boasted five acoustic pop titles including Supernatural, The Harold Song, Die Young, Old Flames Can’t Hold a Candle to You, and Blow. While it garnered praises from fans, the EP ultimately did not chart like her previous titles.

As far as singles go, Tik Tok is easily her most successful release, having attained 5x platinum status from the RIAA. Aside from that, she’s also dropped Blah Blah Blah (Feat. 3OH!3), Take it Off, Your Love is My Drug, Die Young, and We R Who We R, all of which also found a spot on the record charts.

Besides her solo works mentioned above, Kesha has been featured as a guest artist on several occasions- for instance, in Flo Rida’s Right Round back, the same song responsible for launching her to fame back in 2009. Since then, she’s also worked with Taio Cruz on Dirty Picture and with 3OH!3 on My First Kiss.

In 2013, her popularity spiked once again after collaborating with American rapper Pitbull on Timber, a track that achieved 6x platinum status after reaching the top of the Billboard Hot 100.

Considering how successful she’s been as a recording artist, it’s obvious that a large portion of her wealth comes directly from record sales.

But it’s important to note that that’s not her only source of income- for instance, she also earns a decent amount from putting on concert tours. So far, she’s headlined three events: the Get Sleazy Tour (2011), the Warrior Tour (2013-2015), and the Kesha and the Creepies: Fuck the World Tour (2016-2017). In 2013, she also co-headlined the North American Tour with Pitbull.

Like many music artists, Kesha is also no stranger to television and film. In 2013, she lent her voice to a few characters in the animated series, Robot Chicken. Afterwards, she appeared as a one-off character in the comedy, Jane the Virgin (2015).

Aside from acting, Kesha’s also been featured in several other television programmings- for example, as a guest judge in the popular competition series, The X Factor in 2012. Some of the other shows that she’s appeared in include: America’s Best Dance Crew (2011), Rock in Rio (2011), Jimmy Kimmel Live! (2014), Rising Star (2014), Project Runaway All Stars (2016), and Hollywood Game Night (2016).

For those who’d like to buy some memorabilia, Kesha has even established an online store where one can purchase items such as t-shirts, mugs, and pins.

Currently it is estimated that the 30-year-old star has a net worth of $5 million. Taking into consideration everything that’s been said above, it’s clear that most of her money comes from her work in music. Besides that, she presumably also yields a decent amount from her side gigs such as those on television and film.

But like we’d mentioned earlier, her fortune was more around the $40 million mark just a few years ago. What happened? Since 2014, Kesha has been trying to film a claim against Dr. Luke for allegedly rape. Unfortunately, the legal battle ended up draining much of her bank account in the process.

While she isn’t married, Kesha has been in a relationship with Brad Ashenfelter for three years (and counting). According to reports, the two had met each other through her hairstylist back in 2014.

In the past, the singer-songwriter has been romantically linked to Adam Lambert, Faheem Najm, and Alex Carapetis.

Does Kesha Have Any Children?

No, the 30-year-old star does not have any children that we know of.

Did Kesha Go to College?

No, she did not go to college. Having said that, Kesha was offered a full scholarship to Barnard College at the end of her high school career. She ultimately chose to pursue music instead of continuing her education.

Where Does Kesha Live? Pictures of Kesha’s House

Last spring, Kesha sold her secluded Nashville home for $1.45 million. Set behind a pair of gates, the property boasted four bedrooms, four and a half bathrooms, and 4,800 square feet of real estate. Fitted with cherrywood floors, it included a brick-walled wine cellar, as well as a swimming pool at the back of the house.

What Kind of Car Does Kesha Drive?

We do not have any details on Kesha’s vehicle at this time.

Despite her recent financial troubles, Kesha remains to be a popular artist with 60 million records sold around the world. A multi-platinum selling artist, she’s dropped two studio albums, fifteen singles, and two extended plays, most of which either charted, received RIAA certification, or both.

Recognized for her talents in the music industry, she has netted a number of accolades over the past years. As of 2017, her collection includes a Billboard Woman in Music Award, a Bravo Otto, five BMI Pop Awards, an Eska Music Award, a Genesis Award, an iHeartRadio Music Award, and two Japan Gold Disc Awards, among others.

How Much Did Kesha Make Last Year?

Information on Kesha’s 2016 income is unavailable at this time.

Kesha’s Past Difficulties with Bulimia Nervosa

In early 2014, Kesha was checked into a rehab facility after it was confirmed that she was suffering from bulimia nervosa. According to her mother, the singer had been struggling with the condition ever since she was signed to Dr. Luke’s label. She later successfully completed her treatment two months later, in March 2014.

This August, Kesha will be releasing her third album titled, Rainbow. Preceded by the single, Praying, it will feature fourteen new songs including Spaceship, Hunt You Down, Learn to Let Go, Finding You, Old Flames (Can’t Hold a Candle to You), and Let ‘em Talk.

As far as public events go, she will also be performing a few shows later this summer in Tokyo, Osaka, Las Vegas, and Del Mar.