Tonnie’s Minis Update – What Happened After The Profit 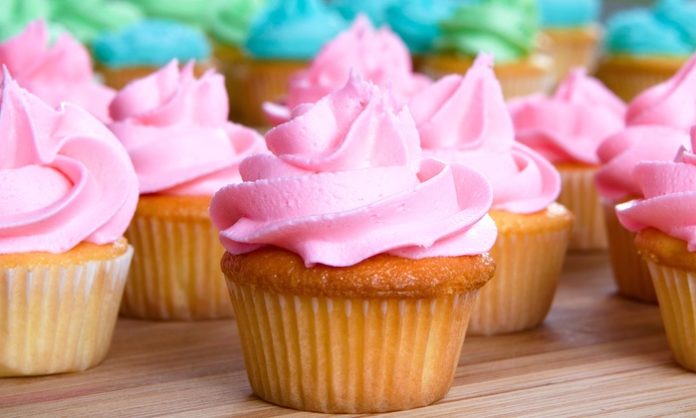 Tonnie’s Minis Before The Profit

Starting out in 2006 in the West Village of New York, Tonnie’s Minis began as a local bakery with mostly local aims. This would change 3 years later when the bakery was propped up by a spot on the Wendy Williams show, which got the name quite a reputation for killer cupcakes. In 2011, the bakery would open up a Harlem location, which would then make for a deal with Bloomingdale’s. However, despite the outside appearance of success, the strain of growth was killing the company and owner alike. This is where Marcus Lemonis and The Profit steps in.

Tonnie’s Minis on The Profit

Starting off, the building around Tonnie’s is bad; It’s got scaffolding and graffitied walls around it. In walking in, Marcus sees there’s not much promise in the inner appearance of the place, it being cramped and as plain as day, despite having a fun idea around the product itself. One good note is that the cupcake tastes good, but the process is likewise pretty limiting. However when asked about the cost to produce the cupcake, things turn south again as the owner has no concrete number but guesses around 33 cents. Margins are great though at nearly 90%, but at $500 a day in sales, it’s limiting.

Marcus then meets Tamika, who is nominally the manager and also Tonnie’s sister, but is paid so low that it’s hard to keep the job. In inspecting the process, Marcus is shown that the cupcake process has some serious errors in it, with two major flaws in one small batch. A hint of problem emerges in that she can’t really fix the problem as her brother won’t change anything. He then meets a few of the staff, as well as Tonnie’s wife who openly admits she gave him money to do the company and it’s giving their marriage problems. She gave him around a quarter of a million dollars from her retirement. Marcus then digs a bit into the numbers.

It’s clear off the top that Tonnie isn’t well versed in business, nor being able to listen. Financials are then discussed, and it doesn’t look pretty. $250,000 in net revenue with total losses inching close to $80,000. Marcus states that given the loan, the wife basically owns the whole of the business. Other debts are then discussed, which is disturbing to say the least including a $10,000 loan from a shark. The wife had apparently been left mostly in the dark about this. Marcus offers $100,000 to satisfy some debt, renovating the location and process, for 20% of the business. Tonnie isn’t pleased and wanted $600,000 for 33%. Marcus flatly denies any chance of this, as it’s a ridiculous proposal. Marcus raises it to $125,000 to get rid of debts for Tonnies mother and the loan shark, and ups his offer to 25%, and Marcus looks like he is about to walk out. At the last second Tonnie agrees, despite hating the idea that Marcus will be in charge.

The next day a meeting is called to let the staff know what’s going on. He also announces the store will be closed but the employees will get paid. Tonnie then acts up because he is “being told” and his sister stops him. Marcus states there’s no reason to try and expand until the foundation is set. First things first, the cost of a cupcake has to be determined. It ends up being around 53 cents per cupcake minimum not counting errors or any other bills outside of manufacturing. Lowering production costs become a priority. In closing, Tonnie says that Marcus is taking advantage of his niceness, and Marcus counters that he has no problem walking away from this deal as he has no desire to be in a business relationship with someone who feels their being fleeced. Tonnie opens up about the issue of having some form of ownership, and Marcus basically supports his concerns. Next, the whole store is gutted which allows for better workflow and customer appearance.

The next day, Tonnie and Marcus talk about the Newark expansion, and Marcus agrees to drive and see the place. It turns out the lease had already been signed, which is a nasty surprise. Tonnie then tries to hash out his rationale, which shows a failed business in the making and then accuses Marcus of abuse, which is not appreciated. From a business standpoint, it’s clear Tonnie has zero idea of what he’s doing. Marcus takes a minute to cool off, and then comes back to explain why he needs to get out of a lease, noting it’s a struggle dealing with Tonnie and he’s primarily doing this to help his family.

Next, the trio of Marcus, Tonnie and his sister go to Melitas, a bakery in the Bronx, to talk partnership. It would save the company around $45,000 a year making cupcakes alone. Tonnie yields, and is allowed to use his own recipes but have it produced by Melitas. Some recipes include Pistachio, Carrot Cake, and several others. In coming back to the store, Marcus gets another surprise, the ceiling wasn’t properly supported and caved in on some workers. This means another $30,000 had to be thrown in to fix the issue. Tonnie’s wife gets blunt with him about the money issue, and Marcus has his back to show how to advertise and what the plan is.

After this hiccup, Marcus takes some cupcakes to Sylvia’s Soul Food to sell some cupcakes which he hopes Tonnie will sell. The pair do well enough with some traditional flavors, but Sylvia’s is having issue with item management. Marcus and Tonnie then takes a few cupcakes around to customers, and the owners of Sylvia’s agree, especially with the offer of creating a custom flavor for them. Three days later, the grand reopening occurs and the team is all over the neighborhood gathering customers with free samples, and the purchase line is efficient but still out the door in terms of demand. The new layout makes the do-it-yourself cupcake idea to really soar. The episode ends with Tonnie finally being able to pay back his mother. It seems that Tonnie near the end of the episode is more at ease with the process, and his wife seems pleased that things are finally on the upswing. Instead of $500 of total revenue a day, the store now sees around three times that much and nearly $400 of pure profit, with around $140,000 of pure profit being made per year.

After The Profit, things have gotten big for Tonnie’s Minis. Having moved locations to New York’s Broadway and out of the West Village, the bakery has seen an uptick in both private sales and larger clients. This has allowed for the expansion of the company into nearby Newark, New Jersey. Looking at ratings, they seem to be somewhat high at around 4.3-4.5 stars, but recent entries have been very negative. Likewise unclear is if the bakery are doing their own baking, as a recent deal with Melita Bakery has allowed for outsourcing to another Lemonis property. Time will tell if this move lets them rise to the top of New York’s baking game, or get them iced.