Luke Rockhold Net Worth 2018 – How Rich is the Fighter Now? 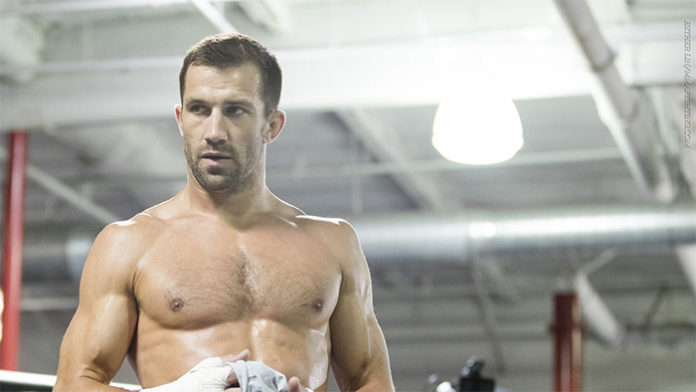 American martial artist Luke Rockhold received the Strikeforce Middleweight title after defeating prior champion, Chris Weidman in 2015. The son of a professional basketball player, he’s been involved with sports ever since he was a young child- when he was six years old, he tried judo for the first time.

From there, he got into wrestling as a teen, prior to training in jiu-jitsu full time in his early twenties. After winning a few small tournaments, Rockhold ventured into mixed martial arts with the recommendation of a friend. In the summer of2007, he made his professional debut.

Since then, he has participated in numerous events- including various UFC competition. One of the most well known mixed martial artists in the US, he went on to win the world championships two times and has also received the winner’s title at the Strikeforce Middleweight Championship. According to the UFC, Rockhold currently ranks number two for the middleweight category.

How much has he made throughout his career (so far)? According to various sites, Luke Rockhold currently has an estimated net worth of $2 million. Let’s take a closer look at what he’s accomplished over the years.

How did Luke Rockhold Make His Money & Wealth? 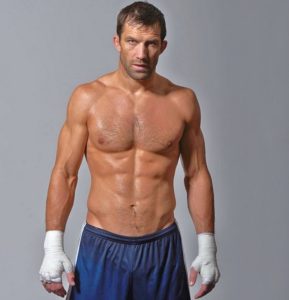 Born on October 17, 1984 in Santa Cruz, California, Luke Rockhold is the son of an avid tennis player and a professional basketball player. Growing up alongside his older brother, he got involved with sports at a young age. At the age of six, he took judo; he eventually practiced it until he was ten years old. After taking a couple year’s break from martial arts, he got into wrestling after joining the school team as a teen.

Upon graduating from high school, Rockhold began wrestling for a local college; however, he soon lost motivation. From there, he decided to switch to jiu-jitsu on a full time basis. With a bit of training, he successfully won a number of small BJJ tournaments. As it happened, he was introduced to mixed martial arts by a friend short afterwards. In 2006, he was invited to take classes at San Jose’s American Kickboxing Academy. Once there, his raw talent captured the eye of Javier Mendez, the head coach.

The following year, Rockhold made his professional debut during the Melee on the Mountain promotion, in which he fought against Mike Martinez. Not only did he prove himself to be a worthy contender, but he eventually won the fight with the use of an armour submission. That fall, he had his second fight, where he ultimately lost to Tony Rubalcava.

Not long afterwards, he was offered a fight by Strikeforce for their Young Guns II event. Showcasing his talents on the ring, he had a successful debut, where he forced many of his opponents to submit from his punches. Impressed by what he put forth, Strikeforce later gave him a second fight, where he ultimately won by submission. Quickly a fan favourite, he went on to win at the Strikeforce: Shamrock vs. Diaz and Strikeforce Challengers: Villasensor vs. Cyborg events.

Despite his impressive wins, the injuries that he received soon required him to take a year and a half long break. Following his hiatus, he fought against Ronaldo Souza, the Strikeforce Middleweight champion in the cage. After winning the fight, Rockhold was crowned the new Strikeforce Middleweight champion- he later had to defend the title in a fight against Keith Jardine at the Strikeforce: Rockhold vs Jardine event in January 2012.

After Strikeforce was closed in 2013, Rockhold was brought over to the UFC (Ultimate Fighting Championship), alongside most of their fighters. While he lost against a fight with Vitor Belfort, he eventually won at the UFC Fight Night 35 event against Costas Philippou, where his performance earned him a staggering $50,000 bonus. From there, he went face to face against Tim Boetsch at the UFC 172.

In December 2015, Rockhold received a breakthrough at the UFC 194 held in Las Vegas, Nevada. Going up against Chris Weildman, he suffered several cuts and blows before securing a take down which later secured his win. With that, he became the seventh middleweight champion in the history of the Ultimate Fighting Championship. Unfortunately, he eventually lost the title at UFC 99 in the summer of 2016.

Drawing from what’s been said above, it’s clear that the 32-year-old earned most of his money from winning various tournaments and fights. As of May 2016, Rockhold himself confirmed that he was making well over $1 million per fight. Considering all the events that he participates in a year, it’s easy to see how the prize money can add up.

Aside from being an accomplished martial artist, Rockhold is also a model, having signed on with Soul Artist Management- the same agency as UFC fighter Alan Jouban. In 2015, he appeared in the Bravo reality series, The Millionaire Matchmaker as a guest, where he dated a mixologist; he was later dropped from the show after allegedly asking her an inappropriate question.

As if that wasn’t impressive enough, he also receives a hefty amount every year from endorsement deals. As an example, he signed a multi-year deal with the sporting goods giant, Adidas back in 2015. Speaking of which, a portion of his income also comes from appearance requests (for which he’d garner a nice booking fee).

No, the mixed martial artist is not married. In fact, from what we can tell, Rockhold is currently living the single life. In the past, he dated popular pop singer, Demi Lovado for a few months in 2016.

Does Luke Rockhold Have Any Children?

No, Luke Rockhold does not have any children that we know of.

Did Luke Rockhold go to college?

Yes, Rockhold went to college at one point. In order to pursue his dreams in the ring however, he dropped out before obtaining his degree.

Unfortunately, not much has been revealed to the public about Luke Rockhold’s house. All we know is that he currently resides in Santa Cruz, California.

We do not have any pictures of Luke Rockhold’s house to share at this time.

What Kind of Car Does Luke Rockhold Drive?

We do not have any information on Luke Rockhold’s vehicle at this time.

Since his professional debut in 2007, Luke Rockhold has held numerous titles, including those for Strikeforce Middleweight Champion, Blue Belt and Purple Belt World Champion in Jiu-jitsu, Red Belt in Le-Jitsu and Black Belt in Jiu-Jitsu. According to his official UFC profile, his personal accomplishment in pro competition is the fact that “[he] never sat on the stool.”

How Much Did Luke Rockhold Make Last Year?