The Tradewinds Update- What Happened After Bar Rescue

The Tradewinds before Bar Rescue

In 2015, successful car salesman Dan Thompson decided to go into the bar business with family friend Eric Floria. Dan has been in the top 1% in the country for car sales, and he wanted to create a financial future sometime down the road for when he left the car industry. He could be a bartender and spend more time with his family on the weekends. Eric, the co-owner of The Tradewinds, has been in an auto finance role for 19 years of his life. Seeking leadership for his new business, Dan sought the help of his 27 year old stepson, Chase. Dan came to Chase with the idea since he has been a bartender and server since he was 18. Dan gave Chase 20% of the bar, and Chase had managerial experience, so why would he not be able to run a small local bar? Unfortunately, Dan realized that Chase did not know what he was doing, as far as managing the bar.

Chase admits that he is on cruise control/autopilot, and Dan says that he has become super irresponsible. Eric and Dan have had to hunt him down to find out where he is at because the bar is not open at 3:00 – one example is when Chase was actually at Hooter’s after he called off. The customers would have no idea if the bar is open, and they would call it “Chase O’Clock.” Chase is only 27 years old, yet it is like giving a kid the key to a candy store. With no one to answer to, Chase’s behavior has caused the already-struggling bar to decline even further. Chase was in charge in all of the beer, but by 11:00, all the kegs were empty. One of the bartenders, Daniell, admits that Chase is a bit of a spoiled child.

The bar should be doing triple its sales in the bar, and while people love Chase (Dan goes so far as to call him the face of the bar), the negligent attitude has caused the bar to decline in quality and sales. With the lack of leadership and knowledge from its owners, The Tradewinds, in a downtown heart of a college town, has failed to attract the coveted college audience. There is no real identity, and nobody knows what the bar wants to be. Now desperate and $300,000 in debt, Dan and Eric have called in to Bar Rescue for Jon Taffer to perform a rescue and rejuvenate The Tradewinds bar.

The Tradewinds on Bar Rescue

In Cotati, California, Jon pulls up to the front of The Tradewinds. He points out that they are in “Sonoma Wine Country” due to Sonoma State University being a mile and a half down the road. Tradewinds has been around for 50 years, so the bar has a long and local history to it, yet you could not tell by looking at it. Expert Mixologist Rob Floyd agrees, saying that there is no curb appeal to attract any visitors. The inside of the bar has no character or personality, and nobody knows what “tradewinds” even means – you think it would have a nautical theme. Because the bar is so old and dated, it simply is noncompetitive and cannot succeed in the marketplace if it is not made better physically.

Chef Michael Ferraro agrees and says that the inside of the bar looks comfortable, but has no character. Jon explains that Dan and his partner Eric bought the bar about a year ago. Inside the bar, Dan and Eric perform their deals, but they are each in the hole about $150,000. It is 9:00 PM and Chase has not shown up to his shift yet, which frustrates Dan and Eric. The split of the bar is 40% for Eric, 40% for Dan, and 20% for Chase. Chase is supposed to be the one running the place, yet he is nowhere to be found. Dan calls Chase who does not answer, and Michael points out that it is easy to avoid work when you’re playing with someone else’s mom. 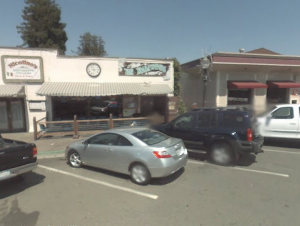 Traci, Chase’s biological mom, is the cook and sits at the boar. There is not much to cook and Jon is not sure if she even knows how to cook, Jon warns Michael. Finally, Chase makes it into the bar and the few patrons at the bar become excited and cheer his arrival. Chase offers to pour himself a drink and join the patrons, but Jon reveals that he has a plan; he wants to execute a mini-stress test. It’s a Wednesday night, and the college crawl usually happens on Thursday night, so Jon managed to pull the crawl into the bar. Jon’s group of 75 people enter the 2,200 square foot bar with a faulty draft beer system and no kitchen. Dan is surprised by the amount of people that flood in.

Sonoma State University is only a mile and a half down the road, and behind Tradewinds sits a parked shuttle bus. This right here is a huge missed opportunity. The bar is packed, yet as it always is, the point-of-sales system crashes. Chase should be taking credit cards and opening tabs, but Dan, Eric and Chase explain to the customers that they are now operating on a cash-only basis. This is a horrible decision, as no college kids walk around with a ton of cash. The bar quickly becomes overwhelmed and they run out of ingredients for the bar. There is no cocktail menu. One of the visitors orders a “CPR,” which has crown royal and peach schnapps. At the draft beer system, so much of the beer goes down the drain. If this was anyone else’s draft beer system, the beer would have been 86’d. The beer is even warm, and more than half the beer is gone.

The bar only has popcorn at the moment, and there is no food-producing medium of revenue. Several Red Bull energy drinks are brought behind the bar and fall out of the box, to which the crowd cheers. Chase, overwhelmed, admits that he needs to leave and go get a shot from the bar across the street. Jon has seen enough, and he goes to retrieve Chase and bring him back to The Tradewinds to get his bar rescue started.

The Tradewinds Now in 2018- The After ‘Bar Rescue’ Update

While the Bar Rescue attempt managed to keep The Tradewinds in business for a little bit longer, the Cotati, California-based business has ultimately closed down. Many of the complaints were about the horrible bar selection, warm beer, and untrained staff, which makes sense as to why it closed down. The bar had a watch party for the episode which attracted the most business in a long time. One note is that during the filming of the Bar Rescue episode in June 2016, Jon Taffer’s contractors only had 36 hours to turn the bar around, which left the bathrooms undone for a few extra days due to the Department of Health making sure everything was up to code.

The latest review from Yelp is dated on May 2nd, 2017, yet the bar is marked as closed on numerous social media sites, including Facebook, Yelp and a few other local eating websites. This can lead one to assume that the bar closed sometime in the early part of 2017, likely between April and June. Prior to the close, The Tradewinds had a remarkably high score of 3.5 stars over 35 different reviews on Yelp, and 4.2 stars over 27 different reviews on Facebook. They kept the name “Tradewinds,” and with Jon Taffer’s help, managed to temporarily transform it into a nautical-themed bar.