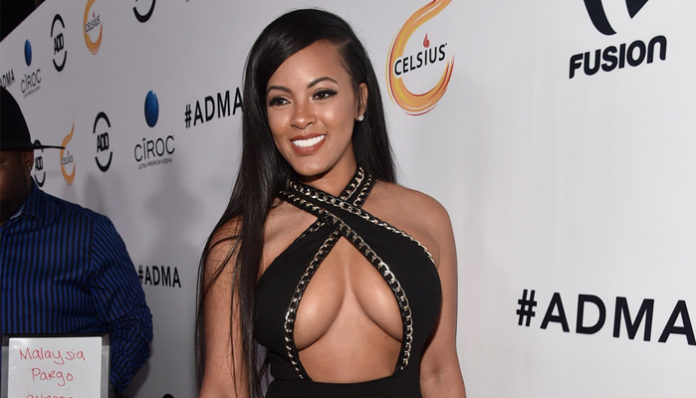 Reality star Malaysia Pargo is perhaps best known for being the former wife of NBA star, Jannero Pargo. Originally from Compton, California, she met the basketball player through a common friend at a party in her early twenties. After hitting it off, they started dating in 2002- from there, they eventually tied the knot in 2006. The partner of a high-profile sports celebrity, it didn’t take long for her to come into the limelight.

In 2011, Malaysia entered the realm of reality TV after landing a spot in VH1’s, Basketball Wives LA. One of the original cast members, she soon found herself starring alongside Jackie Christie, Draya Michele, Laura Govan, Imani Showalter, among a few others. Watched by well over a million audience members every week, the show only further boosted her fame.

One has to wonder though, how wealthy is Jannero Pargo’s ex wife? According to certain sources, her fortune is currently stands at around $3.5 million. How did she come about this money? What does she do for a living? Let’s take a look at all of those questions and more below.

How did Malaysia Pargo Make Her Money & Wealth? 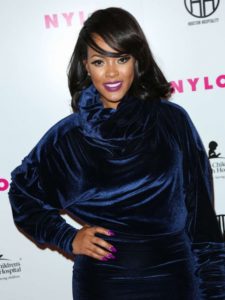 Born on August 12, 1980 in Compton, California, Malaysia Pargo is said to have been brought up in a Christian household. Growing up, she was raised alongside her late brother, Dontae Hayes- he had tragically passed away at the age of nineteen in 2012. Unfortunately, that’s about all we know about her early life as she’s never really been one to talk much about her childhood.

As it happened, she had met NBA basketball player Jannero Pargo at a party in LA during her early twenties; according to reports, he had recently been drafted to the Los Angeles Lakers at the time. Hitting it off almost instantly, they became close friends for a period, after which they got together in 2002. Deeply in love, the couple eventually tied the knot in 2006- Malaysia was twenty six at the time. A year after their marriage, the two welcomed their first child into the world, a son named Jannero Pargo Jr.

Four years later, Malaysia gave birth to a pair of twins of 2011. That same year, she was cast in VH1’s new reality series, Basketball Wives LA. The brainchild of executive producer Shaunie O’Neal, the programming followed the lives of a group of women in Los Angeles, all of whom have been romantically linked to an NBA star at one point. For instance, the series also starred Jackie Christie, the ex-wife of Doug Christie, Tanya Williams, the ex-wife of Jayson Williams, and Kimsha Artest, the ex-wife of Metta World Peace, among others.

One of the original cast members on the show, Malaysia made her debut in the very first episode of the series, which aired on August 29, 2011. An overall success, the premiere attracted over 1.8 million audience members that summer; although its viewership subsequently dropped over the next ten episodes, it later came back up by the eleventh episode. That fall, the season finale was watched by more than 2.31 million viewers- a new all-time high.

Following the end of the first season, Basketball Wives LA took break before returning in September 2012. Coming back as one of the main “Basketball Wives”, several aspects of Malaysia’s life is highlighted in the series including her determination to overcome her shyness and her relationship with the other cast members. Supported by its already existing fan base, the viewership for the second season fluctuated between one and two million during its 16-episode run.

Considering how popular the VH1 series was, it wasn’t surprising at all that it was renewed for a third season in 2013. Premiered on February 17, 2014, the season welcomed two new “wives”- Sundy Carter and Brittish Williams, the former of whom had appeared as a guest previously on the show. Watched by close to 2 million viewers during its premiere, one of the many things that the season revolved around was Malaysia’s relationship with co-star Jackie; towards the end, the whole group is splintered after an attempt to reconcile the two goes terribly wrong.

Having now earned herself the title of “reality star”, Malaysia eventually returned for season four of Basketball Wives LA in July 2015. Although its ratings throughout were significantly lower than what it had during the previous years, the finale managed to pull in over 1.74 million fans. After starring on the show for four years, she returned for a fifth time in 2016 for season five. By then, she was one of only two cast members, who had remained for the entire series from 2011 until 2016 (the other being Jackie Christie). Most recently, the sixth season premiered on VH1 in April 2017.

For being on the reality show- one that had a considerable fan base, how much was Malaysia paid for her time? According to various sites, the star was earning upwards of $100,000 per season as of 2013. Assuming that she was successful in negotiating an even higher pay in the later years, she would have banked herself a significant amount from the series alone.

Aside from being a reality star, Malaysia is also an accomplished entrepreneur. In November 2011, she debuted her own line of jewelry called, Three Beats Jewelry, working as the brand’s own designer. As of 2017, her collection can be found at Beverly Hills, The Cosmopolitan, and The Ritz Carlton.

On top of that, she recently launched a collection of luxury bedding called the Malaysia Pargo Bedding Collection. Dedicated towards providing affordable luxury bedding, the line boasts a number of unique designs from chinchillas, crystals, faux furs, and more.

Having said all of that however, it’s probably fair to say that the majority of her wealth came from her divorce settlement with former NBA husband, Jannero Pargo. After being together for several years, she filed for divorce in 2014- it was eventually finalized in 2016 (at the same time as the fifth season of Basketball Wives LA). According to reports, the Basketball Wives star ended up winning half of the athlete’s NBA pension and 401K.

As if that wasn’t enough, her ex-hubby was also ordered by the court to continue to pay approximately $15,000 in child support per month, for their three children. Not only that, but Malaysia was also given all rights to their company 3 Beats LLC, and access to three checking accords according to settlement terms. As it turned out, the divorce ended up being a huge pay day for the 36-year-old TV celebrity.

To sum up, it’s obvious that Malaysia Pargo has several streams of income for herself- while it’s true that she had banked a lot from her divorce settlement, one can’t deny the success that she has on television, more specifically, on Basketball Wives LA (and perhaps she also has ex-husband Jannero to thank for that). Besides her TV career, she also a few business ventures going for her, which from what we can tell, appears to be going pretty successfully.

Just this April, she returned as a fan favorite on the sixth season of Basketball Wives LA. Aside from that, Malaysia has also appeared in the talk shows Home & Family and The Eric Andre Show. Considering the monthly checks that she receives from Jannero and her successful business endeavors however, she’ll probably do fairly well for herself (and her kids) even if her reality television career was to come to a halt.

Malaysia hasn’t re-married since she divorced NBA star Jannero Pargo a few years ago; having said that, she’s not single either- she’s currently in a relationship with hip hop artist, O.T. Genasis.

Since then, the two have shared numerous images of each other on social media.

Does Malaysia Pargo Have Any Children?

Yes, Malaysia has three children with her ex-husband, a son named Jannero Pargo Jr. (b. 2007) and a pair of twins (b. 2011), all of whom are under her custody. As far as child support goes, Jannero was ordered by the court to give ~$15K on a monthly basis.

Did Malaysia Pargo Go to College?

Not much is known about the reality’s star education history- so we can’t say for sure whether or not she went to college at this time.

Just recently, the reality star moved from Los Angeles, California to Atlanta, where she’s since found herself a nice place to call home. At this time, we do not have any further information on the house.

What Kind of Car Does Malaysia Pargo Drive?

In 2014, there were rumors that rapper Ma$e had purchased Malaysia a new car (a white convertible corvette) after the two were said to have been romantically linked for a brief period.

Malaysia Pargo as a Philanthropist

When the 36-year-old reality star isn’t working, she is giving her time to various charitable causes. An advocate for youth empowerment, she has gotten involved with several organizations in the past including Kamp Kizzy (founded by actress Keshia Knight Pulliam), which works with young teenage girls from all religions, socioeconomic backgrounds and races. In addition to that, she’s volunteered for the local Boys & Girls Club on countless occasions.

How Much Did Malaysia Pargo Make Last Year?

Information on Malaysia Pargo’s 2016 income is unavailable at this time.

No longer is she known strictly for her association with NBA star Jannero Pargo- but as of 2017, she is also a successful reality star and entrepreneur. One of the most popular cast members of Basketball Wives LA, she has starred on the show for six seasons and counting.

As mentioned earlier, Malaysia Pargo is currently starring in the sixth season of VH1’s Basketball Wives LA; her officially return was first announced in February 2017. The season premiere later aired on April 17, 2017 and was watched by 1.81 million viewers in the United States.

In other news, she recently also moved to Atlanta (yes, despite being a cast member of the LA-based series). She was seen packing her things and breaking the news to her co-stars in an episode of Basketball Wives LA.