Swanson’s Fish Market Update – What Happened After The Profit

Swanson’s Fish Market Before The Profit

Swanson’s Fish market has been selling fresh fish in Fairfield Connecticut for over 40 years. They also sell hot soups and do catering. The fish market is a family business. The current owner is Gary Swanson Junior, who took over the business from his dad. Unfortunately, in 2009, the original store was burned down. Swanson’s Fish Market lost out on income for an entire year. During that year, the customers went elsewhere. Gary went into $900,000 worth of debt in order to reopen the business see her later. His wife Susan, who was helping out at the store, no longer want to be there because she was so stressed out. Their daughter Larissa picked up the slack from her mother. Clearly, the family needed help.

Swanson’s Fish Market on The Profit 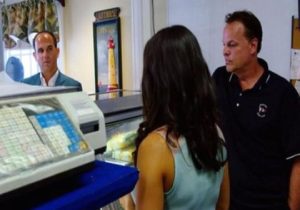 Marcus pulled up to the storefront for Swanson’s Fish Market. He noticed it was in a good location surrounded by other businesses. He observed a customer asking for fish that the market was out of. Marcus asked one of the workers behind the counter what else they were out of, and he was told that they were out of tuna which is probably the most popular fish. The other worker went to go get Gary while Marcus observed the rest of the story. He was already seeing some room for improvement.

An employee told Marcus that sometimes the owners were late in paying the employees, and occasionally they were unable to order products. The other employees pooled their money together in order to purchase inventory. Marcus introduced himself to Gary who told him more about Swanson’s Fish Market and the fire that put him so badly in debt. Marcus asked what the most profitable part of the business was, and Gary told him that prep foods meet up the most of their profit. The prepared foods had double the margins that the fresh fish did.

Gary told Marcus that they made more in rent from two tenants than their monthly mortgage cost. They also cleared $68,000 in revenue each month, $50,000 of which was pure profit. The numbers were not adding up. Marcus asked where the profit was, and Gary said that there is a lot of outstanding debt on the business. Marcus was very confused because Swanson’s Fish Market should be making money.

Marcus introduced himself to Gary’s daughter, Larissa. Larissa was recruited to the business when she saw her parents struggling. She commuted from over an hour away. She said that she liked working with her dad, but her mom, Susan, was a little bit harder to work with. The next person that Marcus introduced himself to his Sue. Right away she seems like a high-stress person. She told Marcus that she no longer had it in her to do the books for the business. They’re having trouble paying vendors and making payroll. Susan said that they were two months behind on their personal mortgage, and Verizon was constantly getting shut off. She’ll think she is ready to cry.

Marcus found out that there had been another fire. In both fires, the company had gotten an excess of money from the insurance company. The total was an impressive $390,000. Marcus again stressed his confusion as to why the business was in such trouble. Larissa told him that when she first appeared on the scene it was a total mess. She said that that’s why she had called Marcus because she didn’t have any help at the store. Her mother tried to tell Marcus that she had provided assistance over the phone but Larissa denied that. Larissa said that she had been left alone every day trying to figure everything out by herself. Marcus asked Gary if he felt that Susan had left her daughter alone. Gary said that he agreed with the statement.

Larissa expressed that she was very stressed trying to keep everything afloat but it was a lot of responsibility for someone who didn’t know what they were doing. Susan insisted that she was home a lot to try and deal with the debt collectors that were calling about their personal stuff. Marcus asked Susan if she was willing to be at Swanson’s fishmarket on a daily basis to take some of the responsibility off of her daughter. He didn’t understand how a business who had gotten a fresh start after insurance money was still so deeply in debt.

Marcus asked how they were surviving at home, and Gary admitted that he would take money out of the deposits to pay his own bills. Susan admitted that she drove a BMW that she paid for with company funds even though they couldn’t afford to pay payroll or buy inventory. That didn’t account for any debt payments. Marcus stated that the profit on paper was actually a cash loss terms of hundreds of thousands of dollars.

Marcus wrote the check for $1 million but explains that the money would go into escrow. He wanted his attorneys to take a look at the business and its dealings to confirm that everything was clear before handing the money over. The resulting cash would go to the banks and the vendors first before they would be able to get working capital out of it.

Marcus met with the employees to inform them about him buying the building. Susan arrived 10 minutes late after the meeting had already started. Marcus told the employees that Susan and promised that she would play more active role in the business. Once the meeting was over, Marcus walked in on a phone call that Gary was having with his tenants. He was told that the tenants, the Blackrock Cafe, were $1500 behind. Marcus pointed out that the contract said that they could collect on that tenant’s personal assets, but he didn’t want to do that. He suggested that Swanson’s fish market open up a restaurant in the area instead.

Marcus walked up on Susan and Gary having a fight about whether she should give up her BMW, or Gary should give up his boat. Marcus pointed out that he wasn’t aware that Gary had a boat. He felt like Gary was hiding the stock from him. Gary said that the boat wasn’t a huge expense because it was ruined in a hurricane, and he got twice the value of the boat from the insurance company. Susan pointed out that it was a minimum of $5000 per season. Marcus said that both the BMW and the boat had to go so that the employees didn’t feel bad that they kept having to finance the inventory themselves.

Marcus brought in new equipment and refrigeration. Marcus also added a fresh produce section to the storefront, and samples different meals that were going to be sold at the Swanson’s restaurant. A couple weeks later, Marcus came back to check on how much progress they are making. The first thing he saw was Susan pulling up to work in her BMW at noon. Marcus confronted her, saying that he didn’t feel like she was committed at all. Susan said that she didn’t feel it dealing with it since she had explained it already, and she started walking away. Marcus told her that if she didn’t give him that courtesy of discussing the BMW then they didn’t have a deal.

Marcus told her that if she didn’t have anything to say for herself, then he should just go. He told her that he was sure that they had a plan since she didn’t seem concerned about paying him back. Larissa confronted her mother, telling her to be grateful. She said that she wouldn’t be surprised if Marcus backed out of the deal completely. Marcus went to the Fairfield town hall to look up the public records. He learned that the building that he thought he was purchasing was in active foreclosure. Marcus confronted all three of them, and asked where all the money was going. Gary said that all the money was going towards personal bills. Marcus informed them that he’d run a title search, and came up with the lien and the foreclosure action. After a hectic bout of arguing, Marcus decided that he was out of the deal. 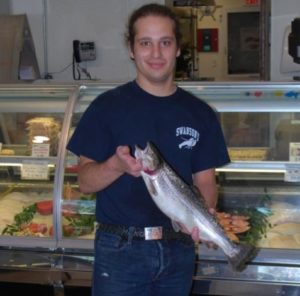 Swanson’s Fish Market is still open despite not making a deal with Marcus Lemonis. Their website was made with WIX, which is a free website builder and has not been updated since 2014. On that website, there is a very long rant that was written by Larissa, the daughter who expressed frustration at being thrust into a role she was unable to handle. She accuses the reality show of doing selective editing to make Swanson’s Fish Market look bad.

The post includes text messages supposedly between her and Marcus where she informed him about the foreclosure process. She also accuses Marcus of lying about Swanson’s being closed. It’s a fascinating read that you can find by clicking here. One of the most interesting pieces is the claim that other businesses from past episodes were treated in a similar manner, but did not want to speak up due to a non-disclosure agreement.

It appears that Swanson’s Fish Market kept the equipment that Marcus purchased for them – about $17,000 worth. From the look of their updated Facebook page, they are still selling an equal amount of the fresh fish and prepared foods. They also attend clambakes locally in their decked out Swanson’s Fish Market van.