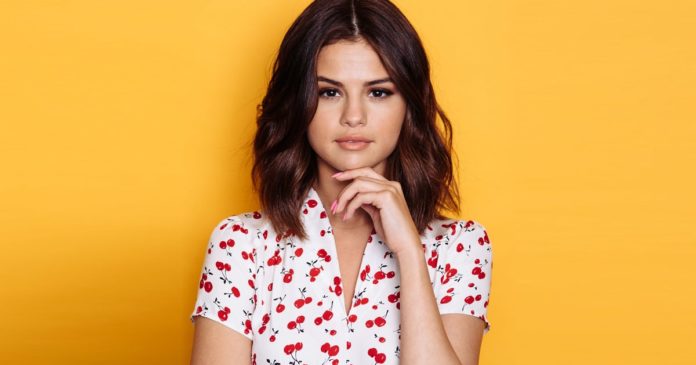 Selena Gomez is one of the most popular female celebrities in the world. She has had a very successful career in both music and in acting, and she has developed a cult following due to her talent. Gomez has appealed to both older and younger audiences throughout her career, and she is still very popular among both of those crowds today. It’s no secret that Selena has tons of fans, and she’s also known to regularly engage with these fans across different social networking platforms like Twitter, Instagram, and Facebook.

Selena Gomez was born in Grand Prairie, Texas in July of 1992. Selena had a tough childhood, where her family often struggled really hard to put food on the table. Her mother was a former stage actress, and Selena was inspired to have a career in entertainment largely because of her mother. Gomez got her first big break in 2002, when she was brought on as a minor character for the children’s show Barney and Friends. She was very young at the time, but her experience on Barney and Friends would prove to be a solid foundation for the rest of her acting career. As she got older, she acquired a much larger role when she was made a recurring character on Hannah Montana, where she played Mikayla. 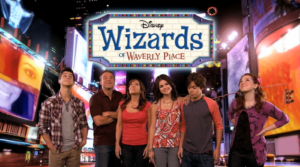 If you’re a fan of Selena Gomez, then I’m willing to bet that you’re familiar with her breakout role. Selena didn’t really become a “star” in the traditional sense until she won the role of Alex Russo, the main character in the Disney series Wizards of Waverly Place. This role was a massive deal for Gomez, and it was basically her springboard into becoming a mainstream celebrity. Selena sang the theme song for Wizards of Waverly Place, which made this the first time she could really get her foot in the door of the music industry, as well. Wizards of Waverly Place aired between 2007 and 2012, but once the show was over, Gomez made sure not to just fade into obscurity.

For a lot of people, it’s hard to transition out of being a Disney star and into just being a regular celebrity. It can difficult to shake your family-friendly image, and it can also be hard to decide whether or not you want to shake that image in the first place. However, today, I think it’s safe to say that Selena Gomez isn’t just thought of as a Disney star anymore. She took on her first risque role in Spring Breakers, a movie that released in 2012. Her work in Spring Breakers was controversial, but it was successful in that it showed the world that she wasn’t just making stuff for little kids anymore. In the years to follow, she would also take on roles in other movies, like The Big Short, In Dubious Battle, and Neighbors 2: Sorority Rising. Gomez kept acting, but she just had a little bit of a different aesthetic. 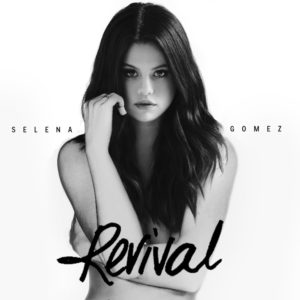 As far as music goes, Gomez has released two solo albums since she left Wizards of Waverly Place. In 2013 she released Stars Dance and in 2015 she released Revival. Both of these albums were successful, and they also boasted a sound that differed wildly from the more bubblegum pop kind of material that she released during her early career. Although we don’t really see Selena Gomez in front of a camera anymore, and although we definitely don’t really see her on the Disney Channel anymore, she’s still very successful in the entertainment industry. She’s tweaked her brand and her content a little bit to suit a more mature audience, but she’s still out there and she’s still as talented as she has always been. 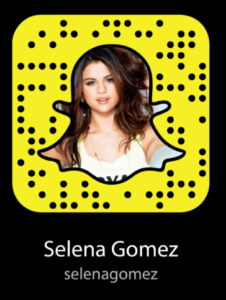 If you want to add Selena Gomez to Snapchat, then you should be able to search for her under the username “selenagomez”. You can also scan the image of the Snapcode above using the Snapchat app in order to add her. If neither of those sound appealing, you also have the option of just clicking the link here.

Facebook is considered one of the largest social networks in the entire world, so it isn’t really that much of a surprise that Selena Gomez would have an account. You’re free to search for Selena’s personal, official Facebook page by looking her up under @Selena. Alternatively, you can check her page out by clicking this link.

Twitter is a popular place for celebrities, and Selena has nearly 49 million followers on the website as of this writing. In order to follow Selena on Twitter, you can just search for her under the username @selenagomez. You can also take a look at what she shares with her followers by clicking this link.

I’m not sure if you know this, but Selena Gomez is actually the most followed user on all of Instagram. That’s a high honor, especially when you consider the millions of users that can be found on the platform. You can find Gomez on Instagram under @selenagomez, or you can check out her account by clicking here.

As of right now, Selena Gomez doesn’t seem to have a Kik account. If she has one, it isn’t publicly known information among her fans. If you’ve encountered someone on Kik who is claiming to be Selena Gomez, then I would take that claim with a very healthy grain of salt. You’re probably being misled.