Shaunie O’Neal Net Worth 2018 – How Wealthy is the TV Producer Now? 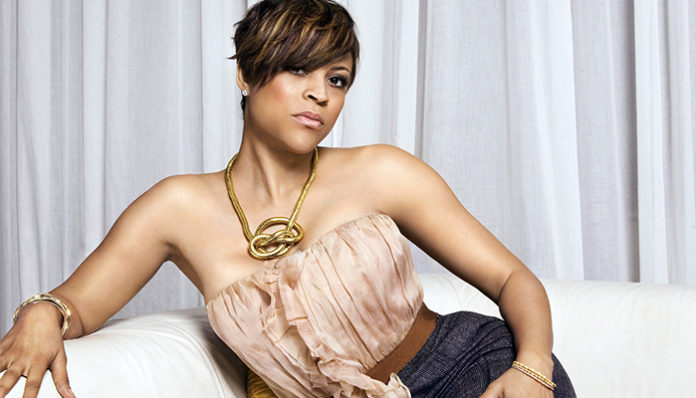 Television producer Shaunie O’Neal is best known for her work in the VH1 reality series, Basketball Wives. Hailing from Texas, she first rose to fame after marrying NBA star Shaquille O’Neal in the 2000’s. In 2010, her popularity reached a new high with the production of the above mentioned reality show.

One of the highest rated series on the network, Basketball Wives highlights the lives of a group of women, all of whom are romantically linked with professional NBA stars. As the show’s executive producer, O’Neal has played a significant role in its success over the years. In 2011, the show even received a spinoff titled, Basketball Wives LA. A well known TV personality, O’Neal has been featured in multiple programmings such as Hell’s Kitchen, Dumb it Down, The Wendy Williams Show, and Hollywood Tonight Live.

Currently, the executive producer is estimated to have a net worth of $35 million. Where exactly did this money come from? How many endeavours has she taken on over the years? Let’s take a stab at answering these questions below.

How did Shaunie O’Neal Make Her Money & Wealth? 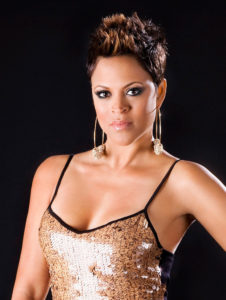 Born on November 27, 1974 in Texas, Shaunie O’Neal (Birth Name: Va’shaundya Karlette Nelson) spent many years in Wichita Falls, before moving to Los Angeles, California, with her family when she was ten years old. Aside from that, not much is known about her early childhood. After graduating high school, O’Neal went to the University of Southern California, from which she eventually graduated from in the 90’s.

From there, O’Neal began working as a film marketer for the Fox Network. A few years later, she rose to fame after dating NBA center, Shaquille O’Neal; the two eventually tied the knot at a Beverly Hills Hotel in December 2002. Th couple later welcomed four children into the family- Me’arah Sanaa, Shaquir Rashaun, Amirah Sanaa, and Sharif Rashaun. After being together for five years in 2007, they separated- however they later reconciled. It wasn’t until 2009 that “irreconcilable differences” led her to file for divorce once and for all.

Making use of the fact that she used to be married to an NBA star, O’Neal later created and starred in the reality series, Basketball Wives in 2010. Broadcasted on VH1, the show followed the lives of a group of women who are or have been, romantically linked to professional basketball players in the NBA. Premiered on April 11, 2010, the original lineup of cast members included Royce Reed, Suzie Ketcham, Gloria Govan, Jennifer Williams, Evelyn Lozada- and of course, O’Neal herself.

A success, the first episode attracted over 1.58 million viewers- it later maintained a steady viewership of over 1 million throughout the subsequent episodes (with the exception of episode 8, which had a viewership of 0.91 million). After the first season came to an end, it was renewed for a second; from there, it continued on for three additional seasons, prior to going on a four year hiatus.

Following its prolonged break, Basketball Wives returned to television for season six in April 2017; among its cast are Evelyn Lozada, Jackie Christie, Malaysia Pargo, Tami Roman, and O’Neal herself. A hit among fans, the latest season garnered 2.61 million audience members during the first episode. Set for 13 episodes, it will be coming to an end on July 17 2017.

In addition to the original, O’Neal also created a spinoff called, Basketball Wives LA in 2011, which focused on those living in the Los Angeles area. As popular as its parent show, the original cast features Tanya Williams, Kimsha Artist, Imani Showalter, Laura Govan, Gloria Govan, Malaysia Pargo, Jackie Christie, and Drama Michele. Although O’Neal didn’t appear in the series right from the start, she later joined the cast in season four.

Since her rise to fame with the VH1 reality series, the Texas native has been invited onto several TV programmings such as Hell’s Kitchen (2014), Dumb it Down (2014), Access Hollywood Live (2015), and Hollywood Today Live (2016).

On top of being a recognized TV producer and reality star, O’neal is also an accomplished entrepreneur. In 2011, she teamed up with Chinese Laundry to launch her own shoe line; boasting modern and chic styles, they ranged anywhere from $79.95 to $200 a pair. Two years later in 2013, she launched her own jewelry collection in partnership with Simone I. Smith. Exclusively available at Macy’s, the line- called Forever Shaunie consisted of a number of hand-crafted pieces, all of which are adorned in 18 karat gold.

Drawing from what’s been said above, it’s clear that O’Neal has multiple things going for her- both as a reality star and as an entrepreneur. Breaking it down, her income appears to come from a couple of major sources: one, her work with Basketball Wives and two, her business endeavours.

While she isn’t married, the reality star has been in a long term relationship with model Marion Yates, since March 2010.

In the past, O’Neal was married to NBA center, Shaquille O’Neal from 2002 until 2010- ultimately, it was this relationship that first brought her into the limelight in the 2000’s.

Does Shaunie O’Neal Have Any Children?

Did Shaunie O’Neal Go to College?

Yes, O’Neal went to the University of Southern California from which she graduated from in 1997.

Unfortunately, we do not have any details nor pictures of O’Neal’s house at this time. All we know is that she resides with her family in Los Angeles, California.

What Kind of Car Does Shaunie O’Neal Drive?

Shaunie O’Neal as a Philanthropist

In 2011, she hosted a red-carpet shorty event with popular singer Brandy; among the celebrities that were present included Eva Marcille, Elise Neal, Flo Rida, and Amber Rose. All of the proceedings eventually went towards helping underprivileged children.

Known for standing up to the welfare of children and women, O’Neal has also been involved with the Habitat for Humanity organization. Not only that, but she’s participated in the Let’s Talk About IT Empowerment Series.

A recognized individual in the realm of reality TV, Shaunie O’Neal has given rise to two of the most popular VH1 shows, Basketball Wives and Basketball Wives LA. Combined, there have been over 140 episodes, as of 2017.

Aside from television, she’s also proved herself to be a successful businesswoman with the launch of her footwear collection and jewelry line.