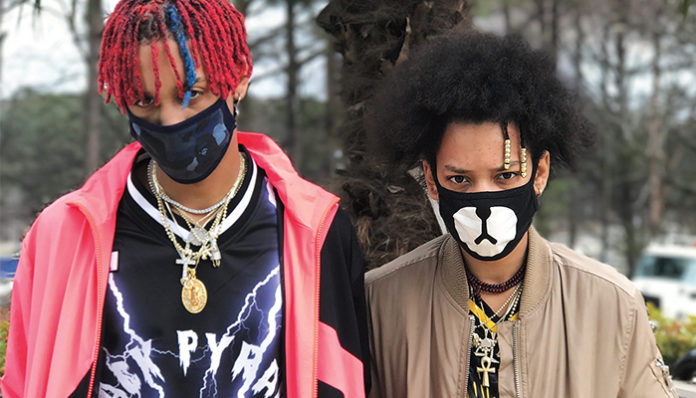 Hailing from Michigan, sibling duo Ayo & Teo originally rose to fame on social media for their impressive dance moves. Influenced by the works of Chris Brown, Michael Jackson, and Missy Elliot, they’ve been developing their own unique brand of dancing ever since they were in grade school.

As they created and posted various dance challenges onto Instagram, their fanbase grew to be in the thousands, and then into the millions. From there, the pair eventually came up with the instant phenomenon “The Reverse”- after performing it to Nad Nae, it became a viral sensation overnight, having been featured in numerous outlets.

Aside from dancing, Ayo & Teo have since also embarked on a music career. In the spring of 2017, they dropped their debut single titled, Rolex– which went on to rack up over 30 million hits on Youtube alone.

With all that the siblings have going for them, one has to wonder- how much have they managed to bank over the last few years? According to certain sites, Ayo & Teo currently have an estimated net worth of $20 million. How many streams of income does the pair have? Let’s take a closer look below.

How did Ayo & Teo Make Their Money & Wealth? 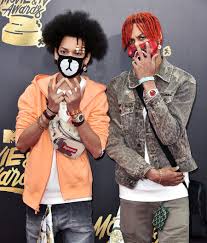 Hailing from Ann Arbor, Michigan, the siblings are three years apart in age- Ayleo “Ayo” was born in 1996 while Mateo “Teo” was born in 1999. Growing up, the two have involved with dance ever since they were in grade school- they even participated in a handful of local competitions. Inspired by the sounds of Chris Brown, Usher, Michael Jackson and Missy Elliot, they continued to hone their dancing skills into their teen years.

From there, the brothers eventually decided to take to social media, as a platform to showcase their dancing moves to the world. Having developed their own unique dancing brand, they began recording and uploading videos onto Youtube from their living room and basement. Despite having zero promotion, they gradually began to garner attention, strictly through the power of social media.

Continuing to grow their following, Ayo & Teo later began to post various “dance challenges” videos onto their page. Wanting to maximize their exposure, they eventually joined Instagram, where their videos were quickly reposted by some of the most popular dance-related accounts on the app. Recognizing their potential, the siblings soon created what was known as “The Reverse”- a move created simply by reversing the steps to some of the best dances in the world.

Taking advantage of the new dance move that they’d created, they performed it to Nae Nae by Silento. Hugely popular, it became one of the hottest things on the internet overnight. Shared on numerous social media platforms, it didn’t take long for the video to garner 150 million views. Not only did it receive millions of hits, but it also brought Ayo & Teo’s popularity and fame to a new high overnight.

Since they first established their Youtube channel in 2011, they’ve accumulated over 885K subscribers and more than 163 million video views. Obviously with that kind of fame, they’d be able to monetize their content effectively through the site’s partnership program; by displaying ads on their videos, they’re able to earn a certain amount (e.g. $2 to $5) for every 1,000 monetized views that they receive.

Currently, their top three uploads have garnered over 127 million views combined. Assuming that 40% of their total views are monetized, this works out to be earnings of at least $100,000 from ad revenue. According to statistics provided by Socialblade, their channel has been growing exponentially since 2016- nowadays, they gain anywhere from 2,000 to 3,000 new subscribers every day. With that kind of growth, it wouldn’t be surprising for their Youtube earnings to increase further in the near future.

Since then, Ayo & Teo have also made a name for themselves in the hip hop realm. In November 2016, they dropped their debut single appropriately titled, In Reverse through Shonuff Digital Media. A year later, the siblings came out with their second single, Lit Right Now. However, it wasn’t until the release of their third record, Rolex, that they first garnered widespread attention for their beats. Hugely popular, the song stormed the Billboard Hot 100 and has since racked up over 30 million views on Youtube.

While they haven’t put on too many public performances, they did perform on stage recently at the Smith Public event in Washington, DC, this past February.

From everything that’s been discussed above, it’s clear that the siblings have two major sources of income- their social media accounts (e.g. Instagram, Youtube), and their music career. Assuming that they’ll continue with the same momentum that they have now, it’s almost guaranteed that their assets will increase over the next few years.

No, neither of the siblings are married, nor are they in a relationship (from what we can tell, anyway). So far, neither of them have mentioned anything that would have led us to believe that they have a significant other.

Does Ayo & Teo Have Any Children?

No, neither of them have any children that we know of.

Did Ayo & Teo Go to College?

While Teo is still in high school, the older sibling Ayo has recently started to attend college at the University of Michigan- although it’s unknown what subject he is currently majoring in.

Where Does Ayo & Teo Live? Pictures of Ayo & Teo’s House

Unfortunately, we do not have any pictures of their home nor do we have any information on their living arrangements, other than the fact that they reside in their home state of Michigan.

What Kind of Car Does Ayo & Teo Drive?

Information on the siblings’ vehicles are unavailable at this time.

Aside from their dancing career, the duo have also made a name for themselves as hip hop artists. So far, they’ve released the singles, In Reverse, Lit Right Now, and Rolex, the last of which has since been streamed over 30 million times online.

In 2016, they not only had the opportunity to dance in Usher’s music video, No Limit, but they also got to perform at the 2016 BET Awards.

Just a few days ago, they uploaded a Dance Instruction Video for Rolex onto Youtube, which has since garnered over 2.3 million views.