Unique Salon & Spa Update – What Happened After The Profit

Unique Salon & Spa Before The Profit

Carolyn DeVito started Unique Salon & Spa in 1998 in Long Island New York with her ex-business partner Joseph Secreti. It is a full-service salon with over hundred and 20 employees. They are four different locations on Long Island, and they performance wool services like nails, massages, and hair. There is an ugly legal battle between Joseph and Carolyn, and Carolyn was able to keep the salons but now she was facing a mountain of debt. Even though the salons bring in $4.2 million in revenue per year, she is still struggling to pay down the debt incurred by the legal trouble. It’s not only Carolyn and her employees that are on the line, but also Carolyn’s three children. Marcus was willing to help out.

Unique Salon & Spa on The Profit 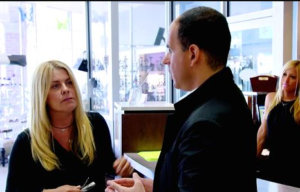 Marcus went to visit the salon, and immediately he noticed it was in a great location that was surrounded by other viable businesses. Marcus introduced himself to one of the ladies behind the counter and then took a look around while he waited for Carolyn, the owner. Marcus noticed that to the side of the hair products, they had displays of jewelry and clothing as well. Marcus was not impressed.

After shaking hands with Carolyn, Marcus asked for a tour of the rest of the salon. Caroline showed him the area where they cut and colored hair. It looked old and run down. Marcus told her that it was not the most inviting space, and Caroline admitted that she knew that. She told him that she was having trouble recruiting hairdressers because it looks so run down and dirty. In an aside to the camera, Marcus said that that’s why there were no customers as well.

Next, Caroline showed Marcus she kept all the hair color. She told that there is about $25,000 worth of color inventory in that room. She estimated that they lose about 10% of the inventory due to leakage and waste. Marcus saw that as a major problem as it cost about $30,000 a year from that room alone. Carolyn said that they grew so large so fast that they needed a general manager. She introduced Marcus to Susan who was the GM.

A disagreement broke out between Susan and a manager that showed up from the Plainview location claiming that the air conditioner had been broken for several days and Susan had done nothing about it. Susan claimed that she had sent someone to fix it and told the manager to go back to her store. She walked away, and Marcus and Carolyn followed her to the back. Carolyn told Susan that she should have been at the other location so that Carolyn could have peace of mind that it was being taken care of.

Marcus said that most new businesses don’t make it because they have too many layers of management. He thought that that was what was going on here. All of the staff members pulled him aside to complain about Susan. They said that they were confused about her duties since the managers and Carolyn handled everything. They complained that she missed booked appointments and didn’t order enough products. Marcus discovered that the employees didn’t feel comfortable bringing their concerns to Caroline. He knew it was time for a change.

Marcus had a sit down with Carolyn to discuss her financials. He discovered that Unique Salon & Spa was bringing in $4.2 million in revenue. Carolyn said that she thought the main location was the one that was losing money. Marcus asked for a breakdown of where the revenue was coming in, and Carolyn said that 70% of that locations revenue was color. Marcus saw the importance of controlling the waste of the color room.

Carolyn told Marcus that she wanted payroll to be 50% of their profit, that was currently at 62% which is $400,000 more than it needs to be. She would have to cut some people out. She said that all of her other salons had broken even, and she hadn’t been able to take out a paycheck for six months. She expressed that she was still upset about the business relationship that she lost two years ago. Marcus was sympathetic but felt like she had to move on.

Marcus met with her again at a restaurant. Carolyn told him that she was finally ready to admit that she needed help with the business. Marcus told her that he decided on her salon because he felt like she had her act together in most ways. But he wanted to revamp the main location of the salon, get rid of the boutiques, and scale down the management. Marcus said that he had no interest in being a big partner in a hair salon. He didn’t feel like he could scale it, but he wanted to invest in the products.

Marcus offered her $200,000 to revamp her hair product line, refresh one of the salons to where it needs to be, and give her working capital. He asked for 20% of the salon and 51% of the products. Carolyn was open to that, but she wanted some money off the table. Marcus offered her $250,000, and she accepted. They met with the employees to tell them about the deal and to let them know that he would be 100% in charge while they made the changes.

Marcus brought Carolyn to the manufacturer that made her hair care products to see where they could make some changes. He told them that they wanted new packaging, and he was shown some tubes which he thought would allow them to raise the price by 25%. Marcus was confident that with the new tube packaging, he could get outside distribution and bring it to a million-dollar business all on its own.

Marcus wants to start selling her hair care products at her ex-partners salons, both to make money and have Carolyn make a logic-based decision. Carolyn told him that Joe had been the bane of her existence. Marcus told her that he wanted to use whatever resources her ex-partner had to their benefit. He wanted her to make decisions based on logic and not emotion. He wasn’t giving her an option to back out.

Marcus pulled Carolyn aside to tell her that Susan was not qualified to be the general manager because she was failing to do simple things such as inventory and communicating to the employees. Marcus pointed to the waste that was going on in the color room as another huge problem. Carolyn agreed and even admitted that her only inventory solution was ordering colors based on what was in the garbage can. Marcus blamed her and said that she should at least have a simple system on a chalkboard.

Carolyn tried to say that the managers weren’t doing their jobs because they weren’t reordering the right things. Marcus look confused saying that Susan told him that she reorders everything.  Marcus was getting frustrated, especially with Carolyn’s victim mentality. He wanted her to take more control and responsibility for her business. Marcus told her that she needed to fire Susan and stopped burning money by not having an inventory system in the color room. She tried to say that wasn’t her fault, and Marcus told her that he didn’t want to work with a damsel in distress. Changes needed to be made, and he wasn’t confident that Carolyn was up to the challenge.

Marcus went to Carolyn’s ex-partner salon to see if he could broker a deal between them. Joe said that he would be up to that as long as Carolyn was on board. Marcus went back to unique salon and spa to try and talk to her about it. Before he can mention it there is another problem with Susan. She walked out in the middle of the day and texted Carolyn to say that she didn’t need her anymore. Marcus and Carolyn called her to see what was going on, but she hung up on them. Marcus told Carolyn that he didn’t see any place for her at Unique Salon & Spa.

Carolyn started crying. She said that she was very overwhelmed. She said that she’s been living in fear of making their own decisions and so hadn’t made any. Marcus said that part of his reason for being at the salon was to help push her to make decisions based on logic.

To that end, Marcus arranged a meeting with Carolyn and Joe. It did not go according to plan. The two were at each other’s throats, and Carolyn accused Joe of stealing money from the business and almost throwing her and her kids out of their house. Joe denied everything, but Carolyn continued to yell at him. She was getting years of frustration off her chest. The meeting did not end with a sale, but Marcus saw it as productive anyway. He felt that it helps Carolyn get over the drama.

The renovations made Unique Salon & Spa look like a totally different place. It was open and full of light, with brand-new chairs and chandeliers. The displays for the products were backlit and organized. Carolyn explained that they had also developed an inventory system for the color bar. This would eliminate the 10% waste that they had been experiencing. They had a mobile system that had a checklist for opening and closing that the managers could follow easily, eliminating the need for a general manager. Unique Salon & Spa went through many changes. Let’s see how they fared after The Profit. 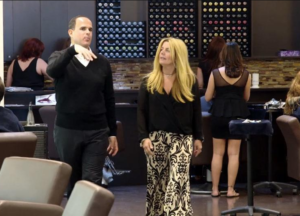 Unique Salon & Spa was featured in an update episode on Season 3 of The Profit. At that time, the salon was doing much better since the renovations and was named one of the top 20 salons in the country. The updated hair care line, Erika Cole by Raquel was doing well, and the profits from that aspect of the business had increased along with the margins. The salon is still open today, but under the name Ericka Cole by Raquel, just like the products. They have a 98% recommendation rating on Groupon, but mixed reviews on Yelp. A common complaint in the one-star reviews is that their laser hair treatments are ineffective. If you want to take a look at the services they offer, just check out their website here.