What Happened to SuChin Pak- What is She Up To Now? 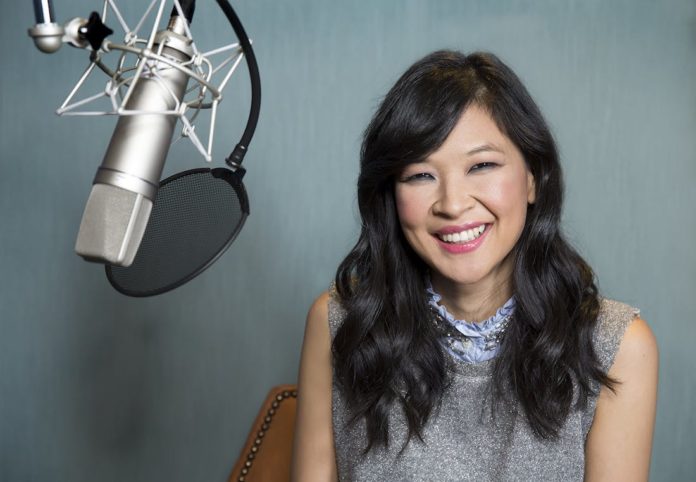 It’s never easy to make it big in TV and yet shockingly easy to fall from grace and be forgotten. For SuChin Pak, a Korean-American television news presenter and MTV staple, the path to the limelight was a straight shot but what’s she up to now? Has this darling of the aughts vanished from view or are her prospects now more low-key and still blooming? Let’s take a look and see if we can’t catch up with SuChin Pak.

Born August 15, 1976 in Seoul, South Korea, SuChin immigrated with her parents to the United States in 1981, settling in the quiet San Francisco suburbs. The early 80’s were a prosperous time for new Americans and SuChin worked hard to earn a good education while her parents opened a restaurant in nearby Oakland. As a child, she had no ambitions for a career in the public eye but was a naturally gifted speaker, a member of James Logan High School’s forensics team and placing 8th overall in the state of California during competition in 1992. An interview with the ABC affiliate KGO-TV as part of their series Straight Talk N’Teens proved to be the random chance she needed when a program director for the NBC affiliate KRON saw the interview and offered her a host position on their show First Cut, a teen-magazine type show. SuChin jumped at the chance, interviewing rap maga-star and actor, Ice-T as her debut interview. 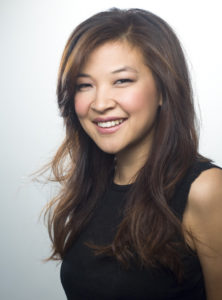 With television experience under her belt, SuChin attended the University of California, Berkeley majoring in political science. There, lightening struck again when a PBS producer saw a demo tape and tapped her for a season as a host on the educational program Newton’s Apple. With a growing resume, SuChin graduated and was approached for a position with the new network ZDTV (later known as TechTV, then as G4) and spent a year presenting their show Internet Tonight before returning to KRON. On a whim, she sent an audition tape to the young start-up network, Oxygen, and was brought on to host their show Trackers, which necessitated a move to New York City. Life comes at you fast in the Big Apple, and in short order, SuChin was spotted by MTV and hired, becoming the first Asian presenter in the music network’s history.

In the early aughts, MTV was evolving from their 90’s paradigm of a purely music-driven format with a few shows to a heavy concentration on music/entertainment news and reality TV. Formerly “VJ’s”, MTV’s talents were now hosts and it was this in environment that SuChin Pak burst onto the scene in a major way. A natural with interviews, she covered the MTV Video Music Awards (2002-2005, 2007, and 2010), MTV Movie Awards, the Sundance Film Festival, as well as co-hosting the MTV pre-Grammy show with veteran “VJ” Kurt Loder. SuChin’s early work in educational and teen-centered programming along with her easy-going nature made her a very popular member of the MTV team. A prolific presenter, her interviews included superstars such as Mariah Carey, Billy Idol, Mary J. Blige, *NSYNC, Jane’s Addiction, George Lucas, and P. Diddy. 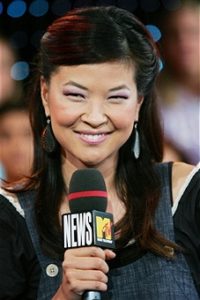 SuChin also hosted an MTV documentary My Life (Translated) featuring multicultural teens and based on her own experiences as a Korean-American. A host of MTV’s Cribs, and guest on House of Style, she was a regular host on the iconic show Total Request Live and branched out from MTV to host other shows, such as Drinks With LX, and the green-living focused mini-series The G Word. The constant stresses of being in the public eye can be overwhelming but SuChin handled them with style. In a ground-breaking interview with Oprah Winfrey on The Oprah Winfrey Show in 2007, she confessed that she’d fought for years against confidence and image issues, in particular, her eyes. As an Asian-American, SuChin was acutely aware of the cultural differences between beauty standards in Asian countries versus in America and poke at length about the extensive plastic surgeries popular in Asian countries with women trying to meet American standards.

After leaving MTV in 2008, SuChin worked on several shows but did return to MTV to help host the MTV Video Music Awards and to host Demi Lovato: Stay Strong – The Aftershow in 2012. In 2012 she also married her long-time boyfriend, Mike Bender (co-founder of the popular blog AwkwardFamilyPhotos) and with the birth of their first child later that year, scaled down her hosting gigs. Even though SuChin was no longer with MTV and raising a family meant less of the limelight, she hadn’t fallen from grace so much as changed her focus and when in the media, that’s an outright talent. 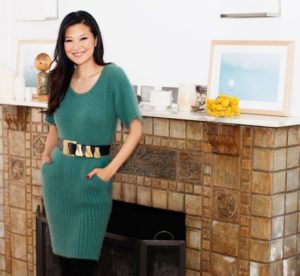 The enigmatic SuChin is far from retired! Currently living in LA with her husband and 2 children, she’s been keeping herself busy. SuChin is a co-founder of the Hester Street Fair in Manhattan, an outdoor market celebrating artisan food and crafts of multiple cultures, and is owner of Mashisoyo.com, a site devoted to creating a global community of women who want to tell their stories and experience life to the fullest. She’s active on social media (over 15 thousand followers on Twitter and Facebook), whether it’s proud pics of her children or online advocacy for pro-women and pro-immigrant causes. As an elder millennial, SuChin has been on podcasts sharing her financial advice and some of the secrets of her success. Recently, she’s acted as a host for the National Constitution Center’s The Exchange, a program giving high school students a voice over constitutional issues, bringing greater civic understanding to teens.

As far as television journalism, SuChin has kept herself busy. In 2012 she became an on-air correspondent for Daily Candy, based out of New York, has guested on the popular reality TV documentary show Catfish, and in 2016 helmed People’s List, a weekly summer entertainment show for People Magazine through ABC. For 5 years (2011-2016) she was a narrator for the TV documentary series True Life (produced by MTV), following the stories of a group of exceptional people moving to New York and the unique struggles and triumphs of their lives. As of 2017, SuChin is the narrator for Oxygen network’s Three Days to Live, a crime documentary TV series that examines the critical 72 hours between a person disappearing and the diminishing likelihood that they’ll be found alive and unharmed. She hosted LifeTimeTV’s election night party in 2016 and is a tireless advocate of women in journalism and tech.

SuChin Pak might not be with MTV any longer but her star is far from faded. Making the move from traditional media and journalism into the new social media and use of contemporary technology can be rough but clearly poses no challenge for her. With all that SuChin has going on in 2017, it’s exciting to see what’s next for this brilliant personality.