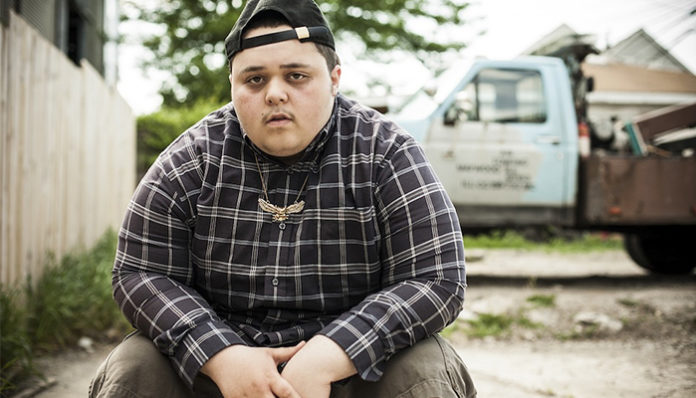 From Chicago, Illinois, Alex Wiley first made himself known with the EP, Can I Borrow a Dollar, which was a collaboration with Kembe X. Interested in music ever since he was a young boy, he played a few instruments growing up including the violin. It wasn’t until a few years later in his early teens, that he expressed an interest in hip hop.

After releasing Can I Borrow a Dollar EP in 2012, the rapper dropped two mixtapes over the next couple of years: Club Wiley, and Village Party. Since then, he has come out with an additional extended play, as well as three other tapes, all of which were well received by fans.

Gradually emerging into the limelight, the 24-year-old’s following has been growing at a steady pace in the past couple of years. As of 2017, his Youtube channel has garnered more than 2 million views. How wealthy is the artist? According to sources, Alex Wiley currently has an estimated net worth of $100,000. Where did most of this fortune come from? How many sources of income does the rapper have? Let’s take a look.

How did Alex Wiley Make His Money & Wealth? 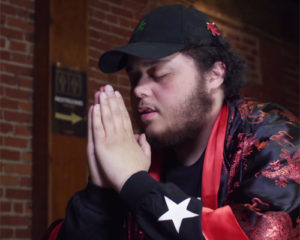 Born on June 5, 1993 in Chicago, Illinois, Alex Wiley has always been fond of music, ever since he was young. Growing up, he went to elementary school with Chance the Rapper and often hung out with Vic Mensa and Kembe X. Unfortunately, that’s about all we know about his early life. Despite his interests in music however, it wasn’t until he was eighteen- close to graduating high school, that he decided to get into rapping. In 2012, he officially launched his career after being featured in Kembe X’s track, Don’t Quit.

Then later that year, the two collaborated again for the extended play, Can I Borrow a Dollar EP. Released as a digital download, it contained six hip hop tracks including Coke Village, Pretty Lights, Extremely Good, Dollar Please, Keep it Simple, and Work, two of which featured guest vocals from Kenan Coke and Monster Mike.

On May 5, 2013, Wiley released his first mixtape titled, Club Wiley. His official debut, the album-quality project was produced by the likes of Rozart, Stefan Ponce, Hippie Sabotage, Thelonious Martin, and Chuck Inglish. Among its 16-song track list were G Unit Spinner Chain, Midnight to Morning, K Swiss, Suck it Revolution, Jerseys & Loafers, and Icky Woods. Like his earlier title, it also featured guest appearances from artists such as Kembe X, Chance the Rapper, and Vic Mensa.

His second mixtape, Village Party came out on June 5, 2014. A strong followup to Club Wiley, its production was handled by many of the same people including Odd Couple, Hippie Sabotage, and Stefan Ponce. Some highlights from the tape include Splash Game, Village Revival, Know Normal, His Lil’est Nonchalant, and Yung San Diego. Fairly successful, the tape has since been streamed over 143K times online.

Then in the spring of 2015, Wiley dropped his debut extended play, One Singular Flame Emoji. Released on Soundcloud, it came packed with nine tracks: Claire (Feat. Pouya), Whip, Solo, Sexual Dolphin, Spark Something, Top of the World, Right Right (Feat. Kembe X), and Ready. As of August 2017, the EP has received thousands of hits on the web.

Continuing to put out new mixtapes, his fourth title, Tangerine Dream was dropped on June 12, 2016. Featuring Low Gravity and Thirteen Sounds, some notable tracks from the project include Paris Freestyle, Servin’ It, Chill, That’s a Rule, Untitled 3, Games, and Fire. One of its songs, Red Pill has been streamed over 636K times on Soundcloud to date.

Most recently this January, he released the third sequel of his Village Party series, Village Party III: Stoner Symphony. Fifteen tracks long, the project like his earlier releases, was made available via iTunes. Featuring Phoenix, Hippie Sabotage, Losco, Jay Prince, Mick Jenkins, many of whom he’s worked with before, it included fifteen tracks some of which include Untitled 3, Lay Low, Home Tonight, Dope 4 The Low, Pass It To Me, Still Calling, Get Out My Way, and Miami Freeverse.

Aside from what he’s earned from the above releases, Wiley has presumably also made a decent amount from putting on concerts. Since his debut, the 24-year-old has performed at numerous cities across North America. Just last year, the rapper hit the stage at over 60 different venues in the United States and Canada for his 2016 tour.

As far as recent shows go, he recently went on another tour this spring. Kicked off in March 2017 at Tucson, Arizona, it continued for many weeks before ending in April 2017 in Salt Lake City, Utah.

Currently it is estimated that Alex Wiley has an net worth of $100,000. Taking everything we’ve said into consideration, it seems clear that his money comes from the following- his record sales and shows.

Though not much is known about his relationship status, it’s presumed that the 24-year-old rapper is currently single, as he’s never made any mentions of a partner.

Does Alex Wiley Have Any Children?

No, Alex Wiley does not have any children that we know of.

Did Alex Wiley Go to College?

From what we can tell, Alex Wiley did not go to college. As far as his education history goes, all we know is that he went to the same elementary school as Chance the Rapper.

Where Does Alex Wiley Live? Pictures of Alex Wiley’s House

Alex Wiley currently splits his time between Chicago and Las Angeles. Unfortunately, that’s about all we know about his living arrangements. We do not have any further details or photos of Wiley’s house at this time.

What Kind of Car Does Alex Wiley Drive?

Since his debut in 2012, Alex Wiley has come out with a number of releases including two extended plays and five mixtapes. Not only that, but he’s also set off on a couple of tours across the country.

How Much Did Alex Wiley Make Last Year?

Regrettably, we do not have information on Alex Wiley’s 2016 income at this time.