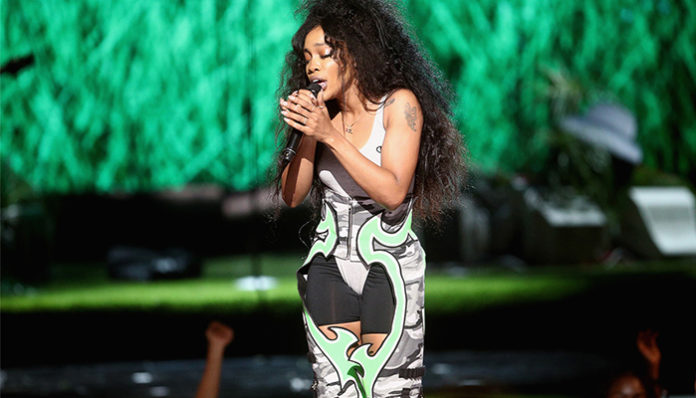 American singer-songwriter SZA made her debut in 2012 with her self-released mixtape, See.SZA.Run. Unlike some other artists, it wasn’t until she was well into her twenties that she decided to pursue a music career. Ultimately, it was after she had failed college and was struggling to make money that she decided to record music. As it happened, she quickly fell for the art form after a single trip to the studio.

In 2012, SZA dropped her debut mixtape titled, See.SZA.Run. Much to her surprise, it was met with critical acclaim upon its release. From there, she eventually came out with a second mixtape, S in 2013. Since then, the singer has gone on to release a studio album, an extended play, as well as nine singles- most of which have managed to snag a spot on the record charts.

As of 2017, the 26-year-old has well over 3 million fans across the globe. Continuing to put out new material on a regular basis, her popularity is still on an incline as we speak. According to sources, SZA currently has an estimated net worth of $300,000. Where did this huge sum of money come from? What are her greatest money-makers? Let’s take a look below.

How did SZA Make Her Money & Wealth? 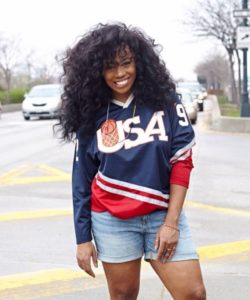 Born on November 8, 1990 in St. Louis, Missouri, SZA (Real Name: Solana Imani Rowe) moved to Maplewood, New Jersey as a toddler. The daughter of a Muslim father and Christian mother, she was raised as an Orthodox Muslim alongside her older half-sister. Following the 9/11 attacks, she often fell victim to bullying at school, which eventually led her to stop wearing her hijab. SZA graduated from high school in 2008.

Afterwards, SZA ended up attending three different colleges- one of which was Essex County College. Despite her original intention of studying liberal arts, and going to grad school to find her life’s calling, it never ended up happening as she allegedly “got high and failed out” during her freshman year. After failing school, she took up a few jobs in order to financially support herself.

As she did, she eventually started to record a few songs with some friends on the side. Then in 2011, she happened to meet some members of Top Dawg Entertainment at the CMJ Music Marathon, after accompanying her boyfriend to the show. As it had happened, one of her friends who was present at the event ultimately gave some of SA’s early songs to Terrence Henderson, the president of TDE. After listening to the material, he told her he’d stay in touch.

As one thing led to another, SZA started to record music more seriously, having decided that she should “make something out of it”. On October 29, 2012, the twenty something year old dropped her debut mix tape, See.SZA.Run. Self-released, it was created with the use of beats and production apps from the Internet. A mix of neo soul and alternative R&B, the tape contained seven songs including Time Travel Undone, Crack Dreams, Once Upon a High, Euphraxia, Bed, Advil, and Country.

Much to her surprise, the mixtape was met with critical acclaim upon its release. Compared to the works of The Weeknd and Drake, its lyrics garnered much praise from critics. To promote the project, SZA later released a music video for Country, which has since been viewed over 490K times on Youtube. A solid debut, its success ultimately motivated her to continue with recording.

On April 8, 2014, the singer released the extended play, Z. Recorded at the TDE Red Room, its lyrics explored the complexities of abandonment, nostalgia, and romantic relationships. Written entirely by SZA herself, its production was handled by the likes of DJ Dahi, Larry Fisherman, Emile Haynie, Toro y Moi, and Marvin Gaye. A blend of soul, minimalist R&B, and hip hop, it proved to be a hit upon its release.

Among its ten-song track-list were the titles, Warm Winds, Green Mile, Shattered Ring, Sweet November, Ur and Omega, among others. For the first time, SZA also collaborated with a few artists, more specifically with Kendrick Lamar, Chance the Rapper, and Isaiah Rashad. In the United States, Z entered the Billboard Top 200 at number 39 with approximately 7,000 first week sales. Later on, the EP also managed to reach number seven on the Independent Albums and number 9 on the Top R&B and Hip Hop Albums charts.

Outside of the US, the extended play also enjoyed success in the United Kingdom where it charted on the UK Albums, Independent Albums and R&B Albums charts. As of 2017, over 12,600 copies have been sold across the US.

Most recently, the singer-songwriter came out with her debut studio album, Ctrl. Released through Top Dawg Entertainment and RCA Records, it was preceded by two singles, Love Galore, and Drew Barrymore. Mostly R&B with elements of indie rock and neo soul, the project contained fourteen tracks among which were Wavy (Interlude), Pretty Little Birds, 20 Something, Doves in the Wind, The Weekend, and Garden (Say it Like Dat).

Critically acclaimed upon its release, the album entered the US Billboard 200 at number three; by the end of the first week, it had sold a little over 60,000 units. Not long afterwards, Ctrl also peaked at number two on the Top R&B Albums chart. A global hit, it also reached the charts in France, New Zealand, Switzerland, Denmark, Australia, and Belgium, to name a few countries.

Also noteworthy is the fact that Ctrl gave rise to her most successful single to date, Love Galore (Feat. Travis Scott). Speaking of collabs, SZA also had the opportunity to work with Rihanna in 2016 Their song, Consideration was taken from the latter’s eighth studio album, Anti. A considerable hit, it reached number 13 on the Billboard Bubbling Under Hot 100 Singles chart.

Since then, SZA has worked with several other artists including Travis Scott, Jay Rock, Kacy Hill, Wale, Isaiah Rashad, and A$AP Ferg, to name a few. Some of said collaborations include the songs, Tomorrow, His & Her Fiend, God’s Reign, Real Thing, Easy Bake, and The Need to Know.

Obviously, the 26-year-old has earned a decent amount from the above releases. Aside from what she makes from record sales however, she has another big money maker- tours.

Since her debut, SZA has put on numerous shows worldwide. For instance in 2015, she performed 15 dates from Dallas Texas, to Oro Medonte, Canada. More recently last year, the star also did a handful of shows, including one at Alexandra Palace in London, UK.

Speaking of which, the singer will actually be embarking for her 2017 North American Tour later this month. In support of her debut studio album Ctrl, she will be travelling to over 40 different cities over the next few months. According to the schedule it will be kicking off in Richard, VA on August 16, 2017, and continuing until December 17, 2017 at St, Louis, MO.

As far as television appearances go, SZA has appeared on the small screen a few times. In 2014, she was featured in the music show, Revolt Live. Fast forward to this year and she’s also made a couple of guest appearances in Jimmy Kimmel Live! (2017), and The Tonight Show Starring Jimmy Fallon (2017).

On the topic of television, her songs Drew Barrymore, Feeling Myself, and Bed have also bee used in the shows Power (2014), and Girls (2016).

Currently it is estimated that SZA has a net worth of $300,000. From all that’s been said above, it seems apparent that she earned most of it through her album/mix tapes and concert tours over the years.

Is SZA Married or in a Relationship?

From what we can tell, the singer is currently single. In the past, she was in a relationship with Scott Sasso, the owner of a streetwear clothing company.

Does SZA Have Any Children?

No, the 26-year-old does not have any children that we know of.

Did SZA Go to College?

Yes, she did- in fact, she attended three different colleges after graduating from high school. As a new high school graduate, her plan was to study marine biology with the intention of becoming a scientist and travelling.

However, her plans ultimately did not materialize as she allegedly “got high, failed and dropped out” during her freshman year. It was after failing college that SZA started to get into music.

Where Did SZA Get Her Stage Name From?

Where Does SZA Live? Pictures of SZA’s House

The last that we checked, SZA resided in New Jersey. Unfortunately, that’s about all we know about her location as details about her home have never been revealed to the public.

What Kind of Car Does SZA Drive?

Information on SZA’s vehicle is unavailable at this time.

Since she first decided to record music in 2012, SZA has amassed millions of fans all around the world. As of August 2017, she has released two mixtapes, an extended play, a studio album, as well as nine singles, several of which have reached the record charts in several countries.

A rising star, SZA has had the opportunity to work with a number of big-name artists including Rihanna, Chance the Rapper, and Travis Scott, among others. Not only that, but she’s also travelled across the world more than once for her concert tours.

Just recently, the 26-year-old star was nominated for an MTV Video Music Award for Best New Artist; the results are currently still pending.

How Much Did SZA Make Last Year?

Unfortunately, we do not have information on SZA’s 2016 income at this time.

As mentioned earlier, SZA dropped his first full length album, Ctrl this summer on June 9, 2017. A solid release, it ended up charting among the top five in three US music charts- including the Billboard Top 200. In support of the project, she will be hitting the road for a North American Tour later this month. For more information on the dates, please visit her official website at szactrl.com.