Charlie Hunnam Net Worth 2018 – How Wealthy is the Actor Now? 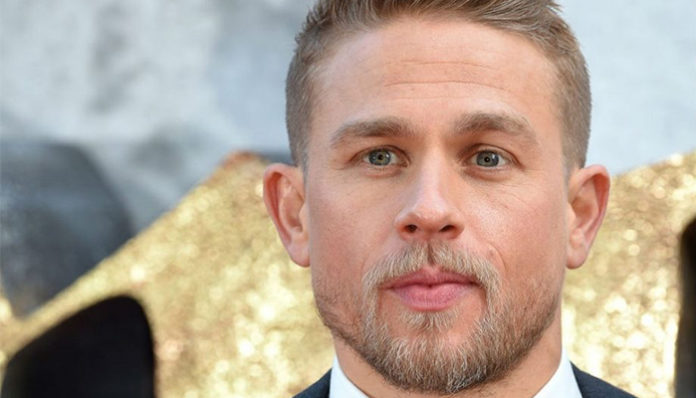 Originally from England, Charlie Hunnam is perhaps best remembered as Jackson Teller in the television series, Sons of Anarchy (2008). As it happened, he was scouted by a production manager while shopping with his brother on Christmas Eve at the age of seventeen. Cast as a small role in his show, he later appeared in an episode of Byker Grove in 1998, which also served as his first TV appearance.

After making his movie debut in Whatever Happened to Harold Smith? (1999) the next year, Hunnam landed his first major role in the drama, Queer as Folk in which he played as a fifteen year old teen. Since then, he has appeared in a few other television series including Sons of Anarchy (2008), which remains to be one of the greatest highlights of his career.

Since then, Hunnam has also appeared in several films including Deadfall (2012), Pacific Rim (2013), Crimson Peak (2015), and The Lost City of Z (2016), to name a few. How rich is the actor? According to sources, the 37-year-old star currently has an estimated net worth of $8 million. Where did this wealth of his come from? Let’s find out.

How did Charlie Hunnam Make His Money & Wealth? 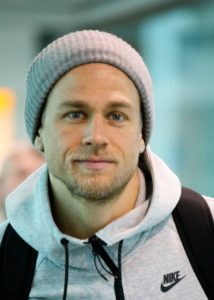 Born on April 10, 1980 in Newcastle, England, Charlie Hunnam (Real Name: Charles Matthew Hunnam) grew up in the city of Tyne and Wear with his older brother, William. As his parents divorced when he was still a toddler, he was mostly raised by his mother and later, by his stepfather. In his early teens, he went to Heaton Manor School; following a move to Melmerby, Cumbria at the age of twelve, he attended Ullswater Community College briefly before becoming a student at Queen Elizabeth Grammar School .

As it happened, it was a chance encounter that first sparked Hunnam’s interest in acting. At the age of seventeen, he went shoe shopping with his brother at a local mall; it was then that he was approached by a production manager who happened to be working on a TV show called, Byker Grove. Offering the teen a small part, Hunnam later made his television debut in an episode of the Newcastle-based series.

Around that same time, he also landed a modelling gig with Kangols Caps; however, he soon realized that posing in front of the cameras was not for him. Shortly after appearing in Byker Grove, the teen played another minor role in the series Microsoap (1999), before making his film debut in Whatever Happened to Harold Smith? (1999), albeit as a minor character. It wasn’t until later that year that he scored his first major part in the drama, Queer as Folk (1999).

Created by Russell T Davies, Queer as Folk revolved around the lives of three gay men, that lived in a village of gay people. A member of the main cast, Hunnam played the role of Nathan, a fifteen year old teen who despite being new to the gay scene, is brimming with confidence; his co-stars are portrayed by actors Aidan Gillen and Craig Kelly.

Debuted on Channel 4 on February 23, 1999, the series premiere proved to be relatively popular, with 3.52 million viewers. Though it was renewed for a second season after its eight episode-run, production was ultimately cancelled by the network soon afterwards. In total, Hunnam starred as Nathan Maloney for ten episodes. While Queer as Folk wasn’t a high-profile per se, it’s a noteworthy mention as it offered the actor his first lead role.

After appearing for a three-episode arc in the American drama series, Young Americans (2000), Hunnam landed his next break in the form of the Fox sitcom, Undeclared (2001). The brainchild of Judd Apatow, the comedy followed a college freshman, his girlfriend and their dorm-mates as they embark on one of the greatest adventures of their lives.

One of said characters, the actor took on the role of Charlie Hunnam a Theatre major who also happens to be the lead protagonist’s roommate; other members of the cast include Jay Baruchel, Carla Gallo, and Monica Keena. Premiered on September 25, 2001 on Fox, the show was met with universal acclaim from television critics. Hugely popular, it maintained an average viewership of 7.3 million throughout its 17-episode run.

Hailed as one of the best cult TV shows by Entertainment Weekly, Undeclared ultimately saw Hunnam as Lloyd Haythe for all 18 episodes. The final episode titled, Eric’s POV aired on March 12, 2002.

From there, Hunnam turned his focus towards film; for the next few years, he would appear in various titles on screen. Towards the end of 2002, months after the end of Undeclared, the actor was cast as the title role in Douglas McGrath’s drama film, Nicholas Nickleby. Based on the book The Life and Adventures of Nicholas Nickleby by Charles Dickens, it followed the life of a young man who struggles to save his loved ones from the exploitation of his cold-hearted uncle.

Released in the United States on December 27, 2002, the reception for Nicholas Nickleby was generally positive; many critics had praised the film’s directing and performance from the cast. Despite being well received however, the movie was a commercial disappointment. At the box office, it only managed to gross a worldwide total of $3.6 million from a budget of $10 million.

Still, it later received a Golden Globe Award nomination for Best Motion Picture – Musical or Comedy. For his portrayal of Nicholas Nickleby, the actor also received an accolade from the National Board of Review in 2002.

Then in 2005, the actor joined the cast of the independent drama film, Green street. Directed by Lexi Alexander, it told the story of a college student who falls in with a violent football firm run by his brother-in-law’s younger brother. While Elijah Wood played as the former, Hunnam portrayed the part of Peter Dunham, the man who runs West Ham’s firm. The two are joined by other castmates including Leo Gregory, Marc Warren, Claire Forlani, and Ross McCall.

Released on September 9, 2005, the film ended up being a hit at the box office. By the end of its theatrical run, it had taken in over $3.1 million from a production budget of $346,000. Though reviews were generally mixed, the movie won several awards including a Golden Groundhog Award for Best Underground Movie.

A couple of B-list movies later, Hunnam returned as a main lead on television in the crime drama, Sons of Anarchy (2008). Created by Kurt Sutter, it starred the actor as Jackson Teller, the vice president of an outlaw motorcycle club who begins to question himself and the club. Revolving around themes of redemption, loyalty and brotherhood, the pilot episode aired on September 3, 2008.

After drawing in 2.2 million viewers for season one, the ratings continued to go up in the subsequent years. By the end of the series, the finale was watched by more than 6.4 million individuals. Easily his most remembered portrayal on the small screen to date, his portrayal of Jackson Teller netted him several award nominations including those for a People’s Choice Award, two Critics’ Choice Television Awards, Satellite Award, two EWwy Awards, among a few others.

Since then, Hunnam has not appeared in any other TV series. Instead, he’s gone back to Hollywood. For instance in 2013, he starred in the sci-fi monster film, Pacific Rim. The main protagonist, he played the part of Raleigh Becket, a former pilot who is called out of retirement by the Defence Corps. Released in theatres on July 12, 2013, the movie ended up grossing a total of $101.8 million in North America alone, after taking in $37.2 million during its opening weekend.

Currently it is estimated that Charlie Hunnam has a net worth of $8 million. Breaking that amount down, it would seem that a considerable portion came from his recent appearances in the high-profile films Pacific Rim (2013), The Lost City of Z (2016), and King Arthur: Legend of the Sword (2017). On top of that, he was most likely also paid a decent amount for starring in Sons of Anarchy from 2008 to 2014.

The last that we’ve heard, the actor was in a relationship with artist Morgana McNelis with whom he’s been with since 2005.

In the past, Hunnam was married to Katharine Towne, a fellow actress whom he had met at the auditions for Dawson’s Creek. After four weeks of dating, they tied the knot in Los Vegas in 1999; they later divorced in 2002.

Does Charlie Hunnam Have Any Children?

No, the 37-year-old star does not have any children that we know of.

Did Charlie Hunnam Go to College?

Yes, after completing high school, he went to the Cumbria College of Art and Design where he eventually obtained a Bachelor’s degree in theory and film history with a minor in performing arts. 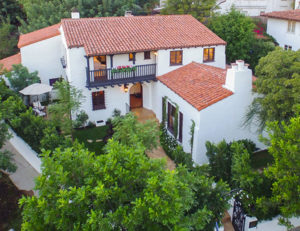 Last February, the actor purchased a new Los Angeles home for $2.7 million. Originally built in 1926, the recently renovated Mediterranean-style house boasts 3,250 square foot of real estate, with tile-floored entryways and a drop-down screen in the living room for comfortable movie-watching.

Outside in the back, there’s not only an expansive outdoor dining area, but a swimming pool area as well.

What Kind of Car Does Charlie Hunnam Drive?

We do not have any details on Charlie Hunnam’s vehicle at this time.

For his work on television, Hunnam has garnered several award nominations (as mentioned earlier), most of which are for his starring role in Sons of Anarchy. On top of that however, he’s also received a CinemaCon Award for Male Start of the Year for his role in King Arthur: Legend of the Sword, as well as a Huading Award for Best Global Emerging Actor for his performance in Pacific Rim.

Since his debut, the actor has appeared in well over 20 different roles on television and film.

How Much Did Charlie Hunnam Make Last Year?

Unfortunately, we do not have information on Charlie Hunnam’s 2016 income at this time.

This fall, Hunnam will be starring as Henri Charriere, aka the titular character in the biographical film, Paillon (2017). Currently in the post-production stages, it will premiere sometime in September 2017 at the Toronto International Film Festival.

In addition to that, it’s been announced that he’ll be joining the cast of the upcoming action film, Triple Frontier (2019).