Eva Gutowski Net Worth 2018 – How Much She Makes From Youtube 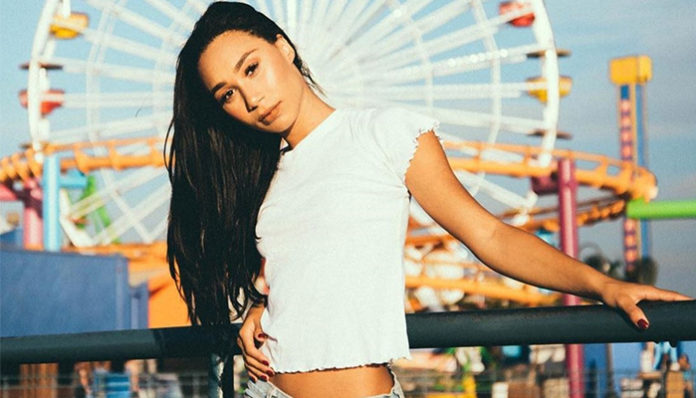 A popular Youtube personality, Eva Gutowski initially rose to fame on the site for her beauty-related videos. Hailing from Brea, California, she initially dreamt of becoming an actress as a child- who knew one day that she’d end up being a web celebrity? While still in high school, the teen launched her Youtube channel under the name, mylifeaseva in 2011.

To date, the twenty something has amassed over 8.1 million (and counting) followers on Youtube. Though she initially rose to fame for her beauty videos, she has since branched out to include comedic skits, as well as vlogs. More recently, Eva has also landed a part in the Youtube Red original series, Me and My Grandma, which is also posted onto her channel.

If anything, her popularity has only climbed up over the past few months. How wealthy is the Youtube star? Surely, she earns a decent amount from all of her videos? Allegedly, Eva Gutowski has an estimated net worth of $500,000 as of 2017. Where did she make the bulk of this from? How many money-making endeavours does she have going for her? Let’s take a look.

How did Eva Gutowski Make Her Money & Wealth? 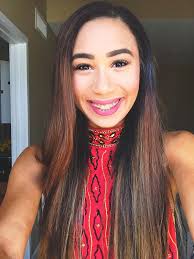 Born on July 29, 1994 in Brea, California, Eva Gutowski aspired to become an actress as a child. However as she got older, she expressed a desire to pursue a career as a reporter. Unfortunately, not much is known about the brunette’s early life as the topic of her childhood does not come up often. Having said that, we do know that she worked part time as a cashier at a local pizza joint during her high school years for some spending cash.

Ultimately, it was towards her last year of high school that she decided to join Youtube. Under the username, mylifeaseva, she created her channel in the summer of 2011. From there, she began too post to her page- initially, Eva’s uploads were mainly beauty-related (e.g. makeup reviews, etc) and shopping haul videos; it wasn’t until later on that decided to post comedic skits and the like.

With her charming personality, Eva’s subscriber count on Youtube gradually increased over the next year. By January 2013, her following had grown to be well in the hundreds. Still, it wasn’t until the summer of 2014, that her channel began to really grow- from January 2014 to January 2015, it had jumped from 136K to over 1.6 million- that’s more than a 10x increase!

Some of the teen’s early uploads include HUGE Black Friday Haul!, Five Christmas Song Inspired Outfit Ideas, Preppy Room Tour, What I Got for Christmas Haul 2012, and What Beauty Gurus Do Before Filming. As of August 2017, all of said videos have garnered hundreds of thousands of views each. As her presence grew further on the site, Eva began collaborating with other Youtubers including Peaceloveandbeauty6, and Lx3BelleXOXO.

Considering the audience that she has on Youtube, her channel has decent money-earning potential. As you probably already know, users on the site are able to earn revenue by choosing to display ads on their videos, as part of Google’s Partnership Program. Typically, the web giant pays its partners a few dollars (e.g. $2 to $5) per 1,000 monetized views. While it’s easy to dismiss this amount as being trivial, it easily adds up if you have enough viewers.

Now for the big question- how much has the twenty something made from her channel so far? To date, her account has received more than 708 million views. Assuming that 40% of this amount is monetized by the site (e.g. ads are displayed), and that she receives at least $2 per 1,000 views, then she would have made more than $500,000 so far. While Google also takes a cut, such an amount is impressive nonetheless. Who wouldn’t want to make a few hundreds of thousands of dollars simply by posting videos?

As of 2017, her most popular video, the official music video for her song Literally My Life has been viewed over 37.2 million times. That in itself would have yielded her at least $20,000.

As it is, her earnings from Youtube are almost guaranteed to go up as her subscriber count also increases. According to statistics provided by Socialblade, Eva’s following has been growing readily since the summer of 2015. As of July 2017, she has been receiving upwards of 3,000 new subscribers a day. Within the last year (e.g. January 2016 to January 2017, it has grown from 5 million to over 7.5 million! Considering how fast her channel is growing, it wouldn’t be surprising for her to earn even more from ad revenue in the near future.

In addition to what she makes from Youtube, Eva has a number of things going for her. For instance in 2015, she was one of the stars on the Girls Night In Tour, which saw her traveling to over 20 cities across the country with other Youtubers including Mia Stammer, Alisha Marie, Meredith Foster, And Case, and Sierra Furtado.

As far as acting goes, she made her debut as a cast member of the Youtube Red series, Escape the Night (2016). A murder mystery directed by Adam Lawson, it follows ten guests who after being invited to a dinner party at a mansion estate, find themselves struggling to survive. One of the actresses in the first season, Eva played the part of The Journalist; other stars include Joey Graceffa, Lele Pons, Oli White, Timothy DeLaGhetto, among a few others. Released on June 22, 2016 via Youtube, the series mostly received mixed reviews from critics.

More recently this year, the star also landed a lead part in the Youtube Red Original Series, Me and My Grandma (2017). Released this spring on March 22, 2017, it featured the actress as Janey, a young woman who moves to Los Angeles with dreams of becoming a celebrity in the show biz. Starring alongside her as her grandma is Rhea Perlman; other cast members include Shelby Rabara, Kayla Ewell, Steven Cox and Kelly Sry. Released through Youtube’s paid subscription service, the comedy series has proved to be a considerable success.

Though she hasn’t taken on any acting roles on television as of yet, Eva has appeared on the small screen on a few occasions in the shows How to Survive High School, Bizaardvark, Today, Access Hollywood Live, and Shane & Friends.

This February, she also released her first book titled, My Life as Eva: The Struggle is Real. Made available on February 14, 2017, the Youtube star offers readers various advice and lifestyle tips in the title. Since its release, it has become a national best seller. As far as reception goes, it has received much praise from fans- for instance, it currently has a 4.4 star rating on Goodreads.com.

Aside from being a Youtuber, actress and author, Eva has also proved herself to be a talented singer. In the spring of 2015, she released her debut single titled, Literally, My Life through SelectNext. A major hit, its official music video has since been viewed over 37.2 million times on Youtube.

Now that we know more abut the Youtube star, let’s revisit our original question- where did she earn most of her $500,000 fortune from? Drawing from everything that’s been discussed above, it’s clear that her Youtube channel is her number one, greatest source of income. On top of that however, she has several other things that bring her a decent amount of earnings including her various acting gigs (e.g. Escape the Night, Me and My Grandma), her book, as well as her single, Literally, My Life.

As mentioned earlier, it’s highly likely that her net worth will continue to rise over the next few years as her popularity on Youtube grows further. As far as acting goes, perhaps we’ll be seeing her on a television series sometime soon? Only time can tell.

No she is not married. Having said that, she has been in a relationship with Adam Bartoshesky, an American model, since November 2016. Though many have speculated early on that the two have gotten together, it wasn’t until the summer of 2016 that the couple confirmed the rumours.

In the past, Eva has dated Alex Hayes, and Andrew Kingsbury.

Regarding her sexuality, the Youtube star came out last fall that she is bisexual. Since her announcement, she has received an overpowering amount of support for fans- for one thing, her tweet has since received close to 10K likes.

Does Eva Gutowski Have Any Children?

No, Eva Gutowski does not have any children that we know of.

Did Eva Gutowski Go to College?

Yes, since she finished high school in 2016, Eva has been attending a local university where she plans on majoring in Broadcast Journalism.

Assuming she hasn’t moved, Eva Gutowski currently resides in California. Unfortunately, we do not have any further details or photos of the Youtube’s house at this time.

What Kind of Car Does Eva Gutowski Drive?

Regrettably, we do not have any information on Eva Gutowski’s vehicle at this time.

Eva Gutoswki as a Victim of Sexual Assault

Recently this year, Eva opened up about a sexual assault case that happened to her when she was sixteen. This April, she released a short video titled, I Am a Victim of Sexual Assault in which she addresses the experience. According to her, it was 20 minutes of “her saying no and him, making excuses.”

Though she reported the rape to police, no charges were ultimately made in the case. Wanting to focus on her studies in high school, she even begged her parents not to follow up on it few months after the incident.

How Much Did Eva Gutowski Make Last Year?

We do not have information on Eva Gutowski’s 2016 income at this time.

One of the most followed female stars on Youtube, Eva Gutowski currently has over 8.1 million fans on her channel. Not only that, but she also has a decent following on other platforms- for instance, she has 5.6 million followers on Instagram, 3.8 fans on Twitter and more than 125K likes on Facebook.

In the recent years, she’s also showed off her potential as an actress in the Youtube Red Original Series, Escape the Night (2016), and Me and My Grandma (2017).

As mentioned above, Eva recently came into the limelight after coming out about her sexual assault case earlier this year.

To stay up to date with the star, be sure to subscribe to her Youtube channel if you haven’t already done so!