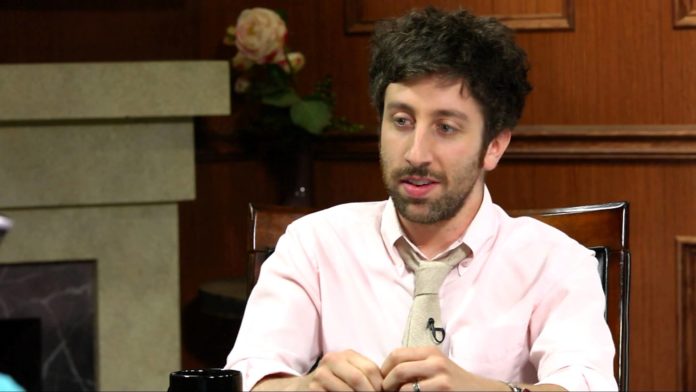 Johnny Galecki and Kaley Cuoco have been on television for 30 years each by this point but out of all of the cast of The Big Bang Theory it is Simon Helberg, who got his start in the early 2000s, that I am most familiar with. The guy has shown up in a wide variety of critically acclaimed cult shows over the years, but he is still best known for The Big Bang Theory. That is where the vast majority of his wealth comes from, though he was considered a tertiary star to the core three for much of the shows run. It wasn’t until that past tenth season that he and Kunal reached pay parity with Cuoco, Parsons and Galecki, and only got to enjoy that coveted $1 million per episode for one season, before the big names on the show took a pay cut to increase the per episode pay of their lesser co-stars. It still adds up to a hefty fee, and the most recent deal struck with Warner Bros includes percentages and development deals.

I like to take a look at the career of the person in question before we break down their income, so let’s take a trip through Helberg’s past, see where he made his money, and see where he might be going in the future.

How Did Simon Helberg Make His Money & Wealth? 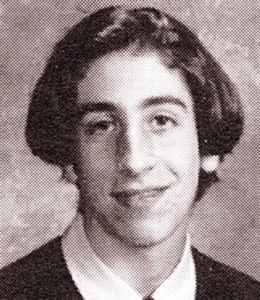 Simon Helberg was born on December 9th 1980, to Sandy and Harriet Helberg. Sandy is an actor and director, while Harriet is a casting director. being born into a family in the business likely gave him a leg up, but it was not until he was an adult that he began appearing in films and shows. His father is a working actor, and still appears in minor roles to this day, while his mother Harriet has not worked as a casting director since the mid eighties, on Night Court. He went to middle and high school with Jason Ritter, who would go on to be his College room mate as well, Ritter played Dipper on the excellent Gravity Falls. He attended the Tish School of Arts, and trained at the Atlantic Theater Company.

In the early 2000s he teamed up with Derek Waters, co-creator of Drunk History, to form a comedy duo. To make ends meet Simon appeared in a variety of minor roles on both film and television, including 2002’s Van Wilder, 2003’s Old School and 2004’s A Cinderella Story. He pops up in a range of TV shows too, and when I rewatch Arrested Development it always surprises me to see him in there. Shortly before The Big Bang Theory aired he and Derek created a web series, called Simon and Derek. it was a short run show, only 13 episodes, but it was good enough to win a 2007 Net Award for Best Web Video Series. It was all peanuts until the end of that year, 2007 was the year of The Big Bang Theory, and it went on to be one of the most profitable sitcoms in the world.

Simon played the Casanova wannabe Howard Wolowitz, a failed Lothario  who lives with his mother. The character was a little on the outside of the core three in the early seasons, but he has grown into a more 3d character over time. In 2008 he appeared in a minor part on cult favorite Dr Horrible’s Sing a-Long Blog, alongside Nathan Fillion, Neil Patric Harris and Felicia Day. It is likely where the idea for his cameo appearance on The Guild came from. His film work has been consistent, but nothing of any real note. Minor roles for the most part. It is likely that the work is lucrative, don;t get me wrong, but that $40 million figure can’t come from a couple a grand per film, the core of his wealth comes from The Big Bang Theory.

For some reason that I still don’t understand, but am very grateful for, the details regarding Simon’s contract negotiations at The Big Bang Theory is well known. For the first few season Helberg was making around half per episode of what Cuoco, Galecki and Parsons were making. Around $30,000. The show gained it’s legs by season three, and was soon raking in the cash. For season 4 Simon was pulling in near $100,000 per episode, and by the seventh that went up to half a million. Originally for the seventh seasons both Helberg and Nayyar were looking for parity with Galecki, Parsons and Cuoco, who were all making $1 million per, but the producers threatened to write them out of the show if they did not sign a new deal before work began on season 8. It wasn’t until season 10 that he hit the $1 million mark. This plateau was short lived however, as he took a 10% pay cut, as did the other four stars, in order to finance a pay raise for Bialik and Raunch. He did gain a percentage of the back end in the deal, and a development deal with Warner Brothers.

Simon has a fairly wide ranging online presence, with the web series still pulling in money for the actor. In addition he has a quarter a million followers on twitter, which can be leveraged, but i do not have any information on his product endorsements, so take that with a punch of salt.

He is. Simon Helberg is married to actor and director Jocelyn Towne. So far as I can tell they met on Derek and Simon, Helberg’s web show back before The Big Bang Theory. Simon proposed to her in 2006 the broke up with her shortly after, went on a self destructive spiral before going back to her. The couple co-wrote a film based on the experience, called We’ll Never Have Paris. The couple have two children together, Adeline Helberg born on May 8 2012 and Wilder Towne Helberg born on April 23rd 2014.

Where is Simon Helberg from?

Is Simon Helberg a Black Belt?

Weird fact this, but yeah. Simon Helberg’s first love was Karate, he has studied since he was a kid, and achieved the rank of Black Belt in the martial art.

Has Simon Helberg Won Any Awards?

He won the 2013 Critic’s Choice Award for Best Supporting Actor.