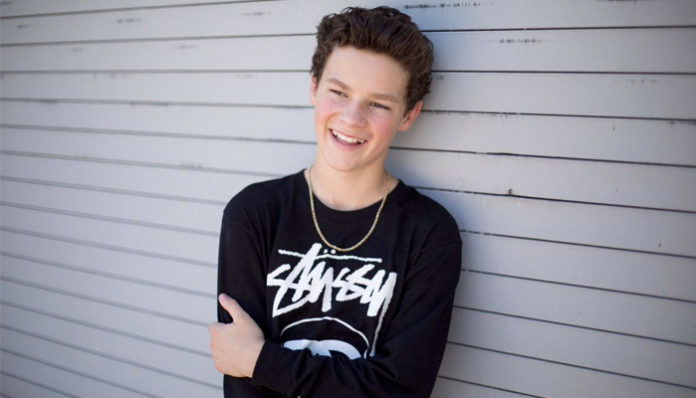 A rising celebrity, Hayden Summerall has well over a million fans across the globe. Hailing from Dallas, Texas, he found his calling in music when he was just a few years old. A talented singer, he has covered a number of popular songs over the years including This Town by Niall Horan, Can’t Feel My Face by The Weeknd, and Watch Me (Whip/Nae Nae) by Silento, among many others. Most recently, his popularity received a major boost after collaborating with Annie LeBlanc on, Little Did You Know- a cover that quickly went viral online.

As of 2017, Hayden has amassed over 591K subscribers on Youtube, 1.5 million followers on Instagram, and 157K fans on Twitter. Not only is he a well known singer and social media star, but he’s also appeared on television on multiple occasions in the past. A year after making his small screen debut on Sneaky Pete (2015), he played a character in the film, Day & Night (2016).

How wealthy is the twelve year old? According to sources, Hayden Summerall currently has an estimated net worth of $500,000. Where does the teen make his money from? Let’s find out.

How did Hayden Summerall Make His Money & Wealth? 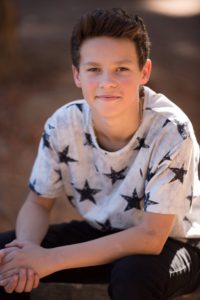 Born on April 4, 2005, in Dallas, Texas, Hayden Summerall has three siblings- Dylan, Hunter, and Jimmy. Growing up, he developed an interest in music as a young boy. When he was nine years old, he made himself a Youtube channel to which he began uploading covers of popular songs. Some of said covers include Goodbye by Jake Miller, Boyfriend by Justin Bieber, See You Again by Wiz Khalifa, and Uptown Funk by Mark Ronson.

As he continued to post more songs onto the site, his following grew. Before long, his videos were garnering thousands of views each. As of August 2017, Hayden has over 591,000 subscribers on his channel with close to 38 million lifetime views. With those kind of statistics, it’s only natural that he’s been monetizing his account. Given that he’s chosen to display ads on his videos as a Google partner, he’s able to earn a few dollars per 1,000 views (though typically 40% of one’s total view count is monetized by the site).

How much has the twelve year old made from his Youtube account so far? Let’s do some math- assuming that he receives at least $2 per 1,000 ad views, he would have already made ~$30,000 from his videos. Currently, his most popular upload- Twenty one pilots: Stressed Out [Official Video Cover] has been streamed over 6.4 million times- that in itself is a few thousand dollars in ad revenue!

Most recently this summer, his popularity received a huge boost with the release of the cover, Little Do You Know by Alex & Sierra, which was a joint effort with Annie LeBlanc. Uploaded onto Youtube on June 3, 2017, the song soon went viral on the site, garnering millions upon millions of views within a short period. As of August 2017, it has already been played over 22.7 million times- that’s well over ten thousand dollars in ad earnings!

As his channel continues to grow, his ad earnings are almost guaranteed to grow as well. According to Socialblade, his Youtube account has been growing rapidly this summer after a period of gradual growth in 2016. Currently, his subscriber count goes up by anywhere from 1K to 3K on a daily basis.

Speaking of social media, Hayden also has an impressive following on Instagram. As of 2017, he has racked up over 1.5 million followers on the photo/video sharing app. With that kind of audience, we wouldn’t be surprised if he were to be approached by companies for endorsement opportunities and the like.

Aside from his online success, the twelve year old is also an actor. In 2015, he made his television debut in an episode of the crime drama, Sneaky Pete. Following that, he appeared as a friend in the independent film, Day & Night. Most recently this year, he played as himself in the Youtube Red series, Hyperlinked (2017) and as Adam’s brother in the comedy, Keys (2017).

According to IMDb, Hayden will be playing the part of Young Peter in the upcoming drama film, Peter’s Plan (2017). Directed and Written by Matt Parker, the main cast list includes Bob Telford, Karah Donovan, and Aubrey Deeker. Currently in the post production stages, no official release date has been announced as of yet.

As far as public appearances go, he’s also participated in several events in the past (most of which presumably, yields him a decent booking fee). For instance in 2014, Hayden took part in Winter Lights 2- a meet and greet event in Phoenix, Arizona. More recently last year, he hit up a number of venues including those in West Hollywood, Orlando, Jacksonville, Atlanta, Washington, Raleigh, and Fort Lauderdale. At the moment, it doesn’t seem like he has any events planned for later this year.

Currently it is estimated that Hayden Summerall has a net worth of $500,000. Now that we know more about his accomplishments, let’s revisit our original question- where did the 12-year-old earn his fortune from? From everything that we’ve said above, it’s quite apparent that he has multiple things going for him- for one thing, his Youtube channel is a major money maker for the teen. On top of that, he also has his music and acting career going for him.

Considering all that, it’s hard to imagine him not becoming more successful over the next few years.

No, he is too young to married anyway. From what we can tell, the twelve year old star is currently single.

Where Does Hayden Summerall Go to School?

Unfortunately, it has never been revealed where exactly he goes to school. Considering his age however, he will most likely be entering high school soon.

Originally from Dallas, Texas, Hayden moved to Los Angeles for his acting career a few years ago. Seeing as how he’s a minor, he most likely still lives with his parents and siblings at home.

We do not have any pictures of his home to share with readers at this time.

What Kind of Car Does Hayden Summerall Drive?

Hayden Summerall is too young to drive.

Talented beyond his young age, Hayden Summerall has well over a million followers worldwide. A young actor, he has appeared in a handful of titles over the past couple of years including Sneaky Pete (2015), Day & Nite (2016), Hyperlinked (2017), and Keys (2017).

Not only is he known for his singing and acting talent, but he also has a decent following on Youtube, where he regularly posts vlogs, challenge videos, and comedic skits.

How Much Did Hayden Summerall Make Last Year?

Unfortunately, we do not have any information on Hayden Summerall’s 2016 earnings at this time.

Perhaps the most noteworthy mention from 2017 is the fact that his viral music video, Little Did You Know with Annie LeBlanc has since gotten over 22 million views on Youtube.

As far as upcoming projects go, he will be playing the role of Young Peter in the upcoming drama film, Peter’s Plan (2017), as mentioned earlier.

To stay connected with the young star, be sure to follow Hayden Summerall on social media if you haven’t already done so.