Zacari Net Worth 2018 – The Rappers Net Worth 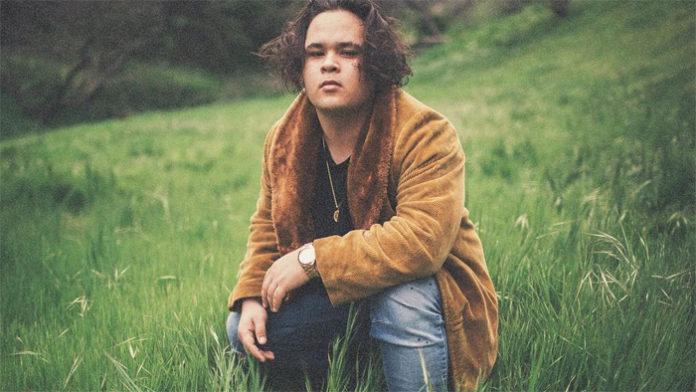 A rising emcee, Zacari has been making notable waves in the rap scene over the past couple of years. From Bakersfield, California, he has been involved with music ever since he was a child. Picking up a number of instruments during his teens including the guitar, drums, and keyboard, he eventually went to the Musician’s Institute in Los Angeles where he honed his skills. After many hours of recording at the studio, he released a series of singles in 2015 including I Should Be Dreaming, Foggy Windows, and Heaven Sent (Feat. J-Louis).

Since then, he has collaborated with a handful of artists including B-Real, Demrick, Chris Webby, Larry June, and Josh J. Speaking of which, he recently came into the spotlight after being featured in Kendrick Lamar’s hit song, Love– which came out earlier this year. A major success, the track has already racked up over 6 million views within a matter of months.

One has to wonder, how successful is the rap artist? According to sources, Zacari currently has an estimated net worth of $100,000. What are some of his greatest projects? Where does he earn most of his money from? Let’s try to answer these questions below.

How did Zacari Make His Money & Wealth? 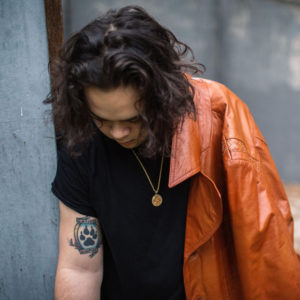 From Bakersfield, California, Zacari (Real Name: Zacari Pacaldo) grew up in the Central Valley hub. Born into music, his mother not only used to play drums in rock bands, but was also a blues harmonica player. Recognizing his talent, his parents eventually put him into a performing arts school when he was eight years old. From there, he eventually picked up the guitar, after being inspired by artists Prince, Justin Nozuka, and John Mayer. Over the next few years, he added a few more instruments to his repertoire including the drums, keyboards, and saxophone.

After completing high school, the aspiring artist landed a job at an Alaskan national park, where he worked as both a tour guide and dishwasher. Having accumulated enough earnings, Zacari later went to the Musician’s Institute in Los Angeles, a for-profit arts school where he honed his music skills over the next period. Having said that, he ultimately failed out during his last semester- right when coincidentally, his music career was starting to pick up speed.

Getting to work at the studio, he eventually released three singles in the summer of 2015, one of which included the track, I Should Be Dreaming. Featuring Josh Jaramillo, the alternative rap title was made available as a digital download. Eventually uploaded onto his official Soundcloud page, the song has since been streamed over 431,000 times on the site- rendering it solid success.

The second single, Heaven Sent was another collaboration, this time with J-Louis. Produced by the guest artist, it was similarly posted onto Soundcloud shortly after its release. Allegedly recorded on the iPhone, the song has racked up over 719,000 hits online as of August 2017.

The third single, Foggy Windows did not feature any guest vocals. Produced by Nghtmre and J-Louis, it quickly garnered thousands of hits on Soundcloud, to which it was promptly uploaded to. The first track that he uploaded on his own, it has since received over 624,000 listens on the audio-streaming platform.

On September 2, 2016, Zacari teamed up with Isaiah Rashad and Kendrick Lamar for the track, Wat’s Wrong. Taken from the former’s The Sun’s Tirade album, the title is the first ever collaboration between the two TDE artists. So far, the song has been streamed more than 119,000 times on Soundcloud, where it has received many praises from fans.

A few weeks later, he worked with Josh J, Emmavie, and IAmNoBodi on the collab,  An Idea. Lauded for its arrangement and vocals, the song quickly gained traction on the internet, garnering thousands upon thousands of hits on Soundcloud. As of August 2017, it has already been streamed over 351,000 times.

Over the next few months, Zacari was featured in several titles including RAW (Backwards) by Ab-Soul, Webster’s Laboratory II by Chris Webby, and Still Mackin’ by Larry June. Then on April 14, 2017, the rapper received a big break with the release of the collab, Love with Kendrick Lamar. Produced by Sounwave, Anthony Tiffith, and Greg Kurstin, the ended up debuting at number 18 on the Billboard Hot 100 in the United States. Responsible for boosting his fame, the song quickly went viral online- within just a few month’s time, it has already amassed over 6.1 million views on Youtube.

Naturally, Zacari would have earned a decent amount from the above releases. On top of what he makes from record sales however, concert performances are another major source of income for the artist. Though he hasn’t embarked on any concert tours yet, he has performed on stage on a few occasions- for instance this past May, he entertained crowds at the Constellation Room in Santa Ana, California.

No, there is no indication that the rapper is married. Having said that, his relationship status is currently unclear as he’s rather tight lipped about his private life.

Does Zacari Have Any Children?

No, Zacari does not have any children that we know of.

Where Did Zacari Get His Stage Name From?

His stage name, “Zacari” is simply a shortened version of his full name, Zacari Pacaldo- as indicated by his social media username, “Zacarip.”

Did Zacari Go to College?

From what we can tell, Zacari has not gone to college. After completing high school in Bakersfield, he went to a performing arts school in Los Angeles where he honed his skills as a musician for a brief period.

Where Does Zacari Live? Pictures of Zacari’s House

Currently, it’s presumed that the rapper resides in Los Angeles, California. Unfortunately other than that, we do not have any other information on his location- we also do not have any pictures of Zacari’s house to share at this time.

What Kind of Car Does Zacari Drive?

A rising artist, Zacari has dropped several titles over the past couple of years including the singles, Heaven Sent (Feat. J-Louis), Foggy Windows, and I Should Be Dreaming (Feat. Josh Jaramillo).

Perhaps even more impressive are his collaborations- in particular his recent work with Kendrick Lamar on the hit song, Love. Within just a few months, it has already been played over 6 million times on Youtube!

How Much Did Zacari Make Last Year?

To stay atop of his announcements, be sure to follow the rapper on social media if you haven’t already done so- you can find him on Twitter and Instagram at @zacarip.