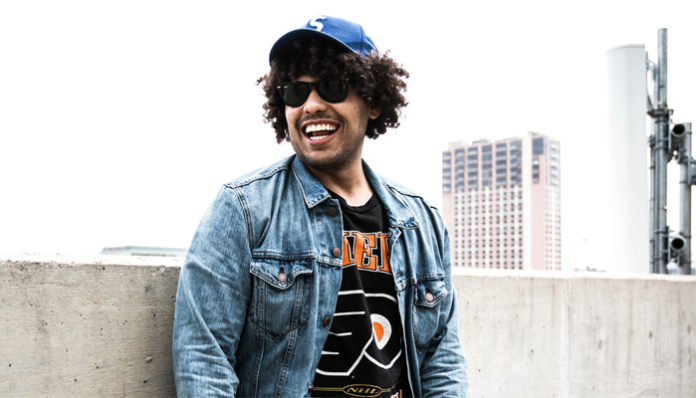 An emerging rapper from Chicago, Joey Purp dropped his debut mixtape, The Purple Tape in 2012. The co-founder of the hip hop collective SaveMoney, he first started to experiment with beats during his teen years. Eventually realizing his talent for rapping, he dropped out of school to pursue a rap career, while supporting himself by working at a local clothing store. Inspired by some of his favorite artists including Lil Wayne, The Velvet Underground, and the Sex Pistols, he soon got to work on his first project.

His debut mixtape dubbed, The Purple Tape was released in the summer of 2012. From there, his popularity heightened briefly thanks to a feature on Vic Mensa’s song, Fear & Doubt. Then a year later, Joey released his first single titled, Don’t Stop. More tracks soon followed including Morgan Freeman, Run it Up, and Performance Art Freestyle. Most recently, the emcee came out with his second mixtape, iiiDrops in 2016.

How successful has his career been so far? Currently it is estimated that Joey Purp has a net worth of $500,000. Where did most the majority of these funds come from? Let’s find out.

How did Joey Purp Make His Money & Wealth? 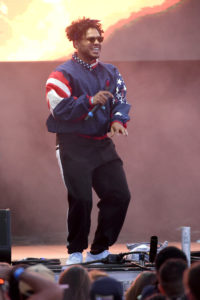 Born on August 8, 1994, in Chicago, Illinois, Joey Purp (Real Name: Joey Davis) grew up bouncing between several neighborhoods in the area from Humboldt Park to Wrigleyville; his mother managed a thrift shop while his father ran a restaurant. Introduced to hip hop in his early teens, he listened to a variety of artists from The Casualties to Wu-Tang. Aside from rap, he also enjoyed rock music- in particular the works of Lou Reed and Velvet Underground. As a student, he went to Whitney Young High School; ultimately it there that he first realized his own potential as a rapper.

Partly influenced by his older brother who was part of a punk rock gang, Joey eventually got involved with the music scene himself. Later deciding to pursue a rap career altogether, he dropped out of high school during his senior year. As he continued to perfect his sound in his free time, he worked at a local clothing store at Wicker Park to support himself. Penning his own rhymes, the aspiring artist soon released his debut mixtape titled, The Purple Tape in the summer of 2012.

An impressive showcase of talent, the tape contained a range of tracks from classical rap to freestyle excursions. Produced by the likes of Javelin, III, and Mndgsn, it boasted ten tracks including Secret Based Freestyle (Feat. Preston San & Kami de Chukwu), Tango in Paris, White Clouds, Trippy ART, Just, and Smoke Break, most of which were inspired from the works of American rapper, Currensy.

A year after his debut, Joey gained some additional exposure after being featured in Vic Mensa’s track, Fear & Doubt, taken from his mixtape, Innanetape (2013). From there, he contributed to Thelonious Marin’s Purp Outro and Purp Interlude before releasing his own debut single, Don’t Stop in 2014. A solid release, its reception was generally positive. As of August 2017, the official audio has been streamed over 413K times on his Soundcloud account.

Continuing to put out new material, the rapper released his second single, Morgan Freeman in 2015. Allegedly, Joey had come up with the track’s chorus first, while at the recording studio one day. In the song, the artist moves between two different modes of rapping; the first is forceful and abrupt while the second is more fluid. Comparable in terms of performance with his earlier release, it has since been played more than 460K times online, making it another solid addition to his catalog.

He not only released another single later that year- Run it Up, but he was also featured in a couple of tracks including Donnie Trumpet & The Social Experiment’s Go and Two Fresh’s Still Got It. Then in 2016, the artist dropped two additional records, Performance Art Freestyle and Girls @, both of which were taken from his second mixtape.

The tape in question, iiiDrops was released on May 26, 2016. According to the star himself, the title of the mixtape- iiiDrops was “literally like eye drops for your three eyes”, that it was meant to be “a breath of fresh air.” Produced by Thelonious Martin, Nico Segal, Peter Cottontale, Carter Lang, and Smoko Ono, among others, it boasted eleven new titles including When I’m Gone, Money & Bitches, Winners Circle, Godbody, and Say You Do, many of which featured guest appearances from artists such as Chance the Rapper, Teddy Jackson, Mick Jenkins, TheMIND, and Saba.

Significantly more successful than his 2012 mixtape, it garnered positive praises from many critics including those writing for Noisey and Spin Magazine. Not only that, but it was hailed as “One of the 40 Best Rap albums of 2016” by Rolling Stone, and as the 36th Best Album of 2016 by Complex Magazine. A considerable breakthrough for the artist, it gained him much attention in the hip hop scene.

But that’s not the only thing that he had up his sleeve for 2016, Joey later made a handful of guest appearances in Sterling Hayes’ OTS, Thelonius Martin’s Bomaye, Towkio’s Playin’ Fair, and Oddcouple’s Visions. All in all, it proved to be a fruitful year for the rapper.

While we haven’t seen any new material from the rapper so far this year, he did take time out for a few collaborations. For instance, he was featured in Phantogram’s You Don’t Get Me High Anymore, ZZ Ward’s The Deep, and Kami’s Just Like the Movies.

Obviously, Joey would have yielded a decent amount of earnings from the above titles. Having said that, it’s not the entire picture. As expected, a significant portion of his overall income comes from other things such as concert shows. In 2014, two years after his debut, he held his first performance at the Double Door in his local Chicago, Illinois. Since then, he has entertained fans at numerous venues across the country. For instance last year, he embarked on a tour which saw him travelling to and performing at over 30 different cities- from Los Angeles, California to Munchen, Germany.

Speaking of which, the twenty something is actually on the road as we speak. From February until now, he’s already hit up over a dozen venues across the globe. According to his official website, his 2017 concert tour will be continuing into this fall, until the end of November when it’s scheduled to come to an end at Minneapolis’ Skyway Theater. For more details on the exact dates and venues, be sure to check out his official site.

So there you have it, the 23-year-old rapper’s music career. Not that we know more about Joey’s accomplishments, let’s revisit our original question- where did he earn most of his $500,000 fortune from? From everything that we’ve discussed above, it’s probably fair to assume that he earned a decent amount from his mixtapes and singles- the most significant highlight being that of his second tape, iiiDrops. Aside from that however, it would seem that he also yields a considerable sum from going on tour- surely he managed to bank himself some from putting on over 30 shows last year? Considering how he’s on the road now (and will be for a few more months), it’s only natural that he’s pulling in the money.

With his potential, it wouldn’t be surprising at all if his overall fame was to explode in the near future. In fact, just this August, it was announced that the rapper had signed a worldwide publishing deal with Sony/ATV- if that’s not an indication of his rising popularity, what is?

No, he is not married. From what we can tell however, Joey Purp does have a girlfriend, although her identity has not yet been revealed to the public. At this point in time, it’s also unknown whether or not he’s dated anyone in the past.

Does Joey Purp Have Any Children?

No, Joey Purp does not have any children that we know of.

Did Joey Purp Go to College?

No, he did not go to college. After realizing his rapping potential during his time at Whitney Young High School in Western Chicago, he dropped out in his senior year to pursue a music career. From there, he honed his skills while working at a local streetwear store.

Where Did Joey Purp Get His Stage Name From?

According to a recent interview, the rapper’s stage name comes partly from his love for the color purple. In his words, “purple can be any emotion.”

But that’s not the only reason- allegedly, he also used to “sell weed a little bit” during his high school days, more specifically, “purple weed.” As people began to distinguish his purple weed from others, “Purp” became a thing. Obviously, it has stuck to Joey ever since.

Where Does Joey Purp Live? Pictures of Joey Purp’s House

Joey Purp currently resides in his hometown in Chicago, Illinois. Unfortunately, we do not know much more about his location at this time, nor do we have any picture of his home to share.

What Kind of Car Does Joey Purp Drive?

Information on Joey Purp’s vehicle is unavailable at this time.

Since he first got into rapping during his high school days, Joey Purp has come a long way, having established a place for himself in the hip hop world. As of 2017, he has released two mixtapes, and five singles, most of which garnered praise from fans and critics alike. Not only that, but he’s also had the chance to collaborate with numerous artists including Vic Mensa, Chance the Rapper, Donnie Trumpet, and ZZ Ward, to name a few.

Lauded by publications such as Pitchfork and Rolling Stone, his rise in popularity has even allowed him to go on a worldwide tour these last couple of years. If anything, we can probably expect to see more from the artist in the near future.

How Much Did Joey Purp Make Last Year?

We do not have information on Joey Purp’s 2016 earnings at this time.

As mentioned earlier, Joey Purp is currently on the road for his 2017 concert tour (which has been ongoing since earlier this spring). Interested in seeing him perform on stage later this year? He still has many dates left for this fall- for more information, please visit his official website.