Melissa Rauch Net Worth 2018 – How Much is the Actress Worth Really? 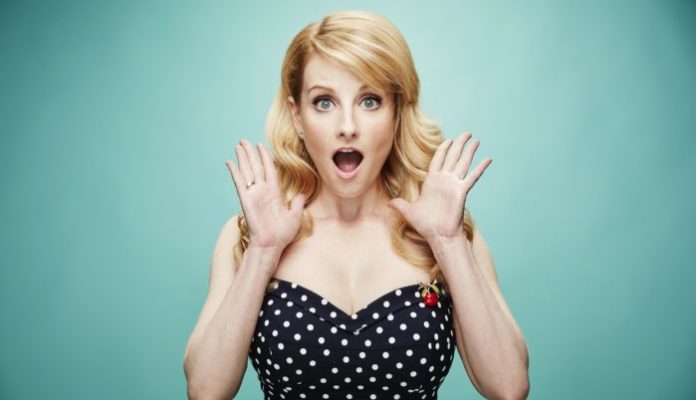 Melissa Rauch is best known for her role on the hit show The Big Bang Theory. A bit of a late addition to the cast, her character has undergone dramatic changes over the years, from a shy onlooker on the goings on, to an active participant in the off beat shenanigans of the gang, known for her high pitched voice, and mood wings. I really like her, having a group of girls in the show allowed the writers to really branch out, making them a bit of a foil for the boys to play off of. Melissa brings a real charm to the character, but this is not a critique of her performance, this is a look at her finances, and over the last few years that has sky rocketed. She has been acting since the mid 2000s, so not much to look back on so far as a career goes, which also makes it easier to estimate her net worth. The vast, majority of her wealth has come from The Big Bang Theory, and for some reason the contents of her contract with Warner Bros is public knowledge.

Let’s take a brief look at her life and career, then dive right into the nitty gritty, see where she made her money and where she might be going in the future.

How Did Melissa Rauch Make Her Money & Wealth? 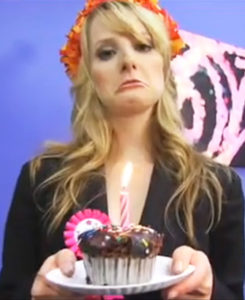 Melissa Rauch was boron on June 23rd 1980 in Marlboro Township New Jersey. Her parents are Susan and David Rauch, and she has one brother. She developed an interest in acting while in high school, and graduated from college in 2002. She did not immediately jump right into television and movie work, instead working with VH1 on the show Best Ever Week as a presenter beginning in 2004. In 2006 she landed a role in the film Delirious, which was a spring board to television work. She had a recurring role in Kath and Kim from 2009-09 before she was cast in The Big Bang Theory.

She was a slow started on the show, appearing in only five episodes of the third seas on Big Bang, but her role was expanded. Her character dated Simon Helberg’s character, Howard Wolowitz, with the two bonding over their overbearing mothers. She was a hit with the fans, and her presence really shook up some established dynamics within the show. For season four she was brought on as a regular, and eventually became a co-star. How much she was paid for her earliest appearances is not known, but for season four, when she became a regular, she made $30,000 per episode.

The Big Bang Theory really made her career as an actor. After showing up there I spotted her in a number of places, including True Blood and The Office, such a shock that second one, as I remembered her character, the mother in the bed next to Pam after giving birth to her daughter, but I did not realize that it was Melissa Rauch until a few weeks back on a rewatch. Live action roles soon became less viable for her, considering the scheduled sitcom actors have, and so these days her secondary income comes mostly from animated works, as VA work takes significantly less time. Her most recent credit is Batman & Harley Quinn, where she plays Harley Quinn. When I saw that I immediately thought “Huh, yeah that makes sense”. I enjoyed her performance, but wider critical opinion was mixed.

That $30,000 figure was set to rise, and how, over the next few years. for season five both Rauch and Bialik entered into negotiations, doubling their fee per episode to $60,000. The contract signed at that point saw their fee increase over time at a rate both were happy with, culminating in $100,000 per episode by the time of the seventh season. Between then and the post season 10 contract renewal negotiations Bialik and Melissa Rauch were pulling in near $200,000 per episode. The negotiations for season eleven went very well for the pair, with the rest of the cast accepting a pay cut, and a few bonuses, in order to finance a major increase to both Rauch and Bialik’s fee, bringing them up to the current $500,000 per episode that she gets now.

Overall it is easy to see how she is worth so much, but from my perspective this article is going to be very out of date come next year. I mean, her income for season 11 is huge, and likely to get higher as time goes on. The Big Bang Theory is already renewed for a twelfth season, and considering that the last season was actually a bit of a return to form for the show, after a relatively lack luster two seasons, it is likely to keep going for a while yet. I am a fan, even if I don’t want to be.

She is. Melissa Rauch married Winston Beigel a number of years back. He took her name, and goes by Winston Rauch these days. He is a screenwriter, and the pair have collaborated on a number of projects. the couple are expecting their first child early next year, having announced on July 11th of this year that she is pregnant.

Where is Melissa Rauch from?

Melissa Rauch is from Marlboro Township, New Jersey. She studied in New York and currently lives in California.

Is that Melissa Rauch’s Real Voice on The Big Bang Theory?


That is not Melissa Rauch’s natural speaking voice on The Big Bang Theory. Thankfully, could you imagine? She gets the soft sweet voice by imitating her mother, and the Mrs Wolowitz esque yell by emulating her father. She has tremendous control over her voice.

Where did Melissa Rauch get her start in acting?

Melissa appeared in a number of plays while she was still a student, but it wasn’t until after graduation that she went full time. her earliest success came thoruhg VH1’s Best Ever Week in 2004. She was a regular contributor to the show. She also dabbled in stand up and screenwriting, collaborating with her husband on the one woman show The Miss Education of Jenna Bush.