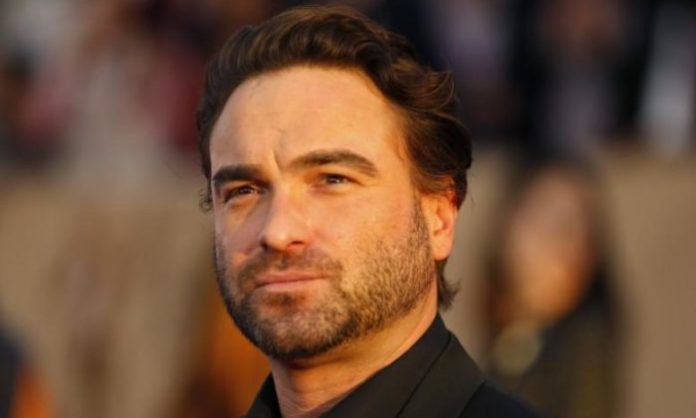 Continuing this series on the income of the cast of Big Bang Theory with a look into the life of Johnny Galecki, who plays Dr Leonard Hofstadter, a name I had to copy and paste. He has been on television for years, being a series regular on Roseanne in the early to late nineties. There is a ten year gap between his two hit sitcom roles though, and for the most part he filled them with bit parts in cinema, and some impressive theater credits. The guy has real chops. In the late 2000s he began starring on The Big Bang Theory, and as is the case for most of the cast, this is where the vast majority of his income comes from. He was part of an elite club of sitcom actors who pull in seven figures per episode, though with the most recent season that was not the case. The nice thing about the cast of the show is that their contract information is out in the open, and I have no idea why. Granted there are other business interests to take into account, but I feel that this gives us a nice foundation with which to work from.

I like to take a brief look at their career at the same time as working out their net worth. Johnny Galecki is a veteran actor by this point, and his credits are a fun read. So let’s take a look, see where he made his money.

How Did Johnny Galecki Make His Money & Wealth? 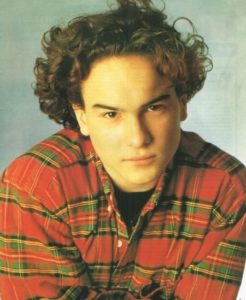 Johnny Galecki was born in Belgium on April 30th 1975. His parents are American though, and he grew up in Oak Park Illinois. He, like Cuoco, got his start as a child actor, appearing in Time out for Dad and Murder Ordained at age 12. His career has been consistent from the start, showing up in movie credits every year from his beginning. But it was not until the early nineties that he would become something of a household name. He was made a regular on the sitcom Roseanne.

As an aside, in 1991 he appeared in an episode of Blossom, a show starring Mayim Bialik as the the titular character. She would go on to play Amy Farrah Fowler on The Big Bang Theory. On Roseanne he played David Healy, called Keith Healy in his earlier appearances, a love interest for Sara Gilbert’s character, Darlene. It is off to me that so many of the people he worked with early in his career would show up again later in his career, with Sara Gilbert showing up in The Big Bang theory as a recurring character and Laurie Metcalf, who played Roseanne’s sister on the show, appearing as Sheldon’s mother on the show. Unfortunately I do not have access to the details regarding how much he was paid back then for his early appearances, but by series end he was pulling in $220,000 per episode.

Roseanne ended in 1997, and the years that followed it were filled with smaller roles for Galecki. he had success on the stage, and played a few minor roles in film, but his next big hit would not come until 2007. The Big Bang Theory is one of my guilty pleasure shows. I just like having it on, the humor is never so bad as to make it not worth watching, and they have done a good job keeping it fresh over the years, with the addition of the girls. Johnny is a big part of what makes the show works, so it should not be a surprise to anyone to know that right now he makes $900,000 per episode, plus a cut of the back end and a developmental contract. He didn’t always used to be so flush though, and in the early seasons he was pulling in $60,000 per episode. That grew over time, and during season seven to ten he was making that impressive $1,000,000 per episode. Johnny Galecki, Jim Parsons and Kaley Cuoco agreed to a lower per episode income in order to finance a sizable pay increase for a few of their co-stars, but they also got that development contract, and a larger cut of the back end in that deal.

The Big Bang Theory is still going strong, with the eleventh season soon to air. It seems to be taking up the vast majority of Galecki’s time, in terms of artistic output, so I would not expect much of anything other than that from him for the time being. There is one big project coming up that I am interested in though, there is a revival of Roseanne in the works, an eight episode mini series, and while Ms Barr may be spouting some weird stuff recently, I am still looking forward to her take on the working class now, filtered thorugh the eyes of a multimillionaire of course.

Overall, I think we have a good idea on how Galecki makes his money, but as is the case with all of these articles fro me, even if we include taxation how someone can be worth only $45 million, only $45 million, despite making $72 million plus 1% back end, from a billion dollar show, is beyond me.

Not so far as I can tell. He dated Kaley Cuoco back in the early days of The Big Bang Theory, but they broke up in 2009, after two years together.

Where is Johnny Galecki from?

He was born in Belgium, but to American parents. His father was in the Air Force, and the family soon moved back to the states. He grew up in Illinois.

Can Johnny Galecki play the Cello?

He can. Cello playing is a skill that Johnny Galecki gets to show off every so often on the show. It’s always nice when the writers can implement real skills the actors have.

He got the nickname while living in Chicago, a town that gives everyone a nickname. He claims to not know why, but it may have something to do with his gesticulations.

Where does Johnny Galecki Live?

Johnny Galecki lives on a large property in Santa Margarita, California. He owns 360 acres in the area, and the property includes vineyards and a classic Log Cabin. During the wildfires of this year, known as the hill fires, a large swath of the property burned down.