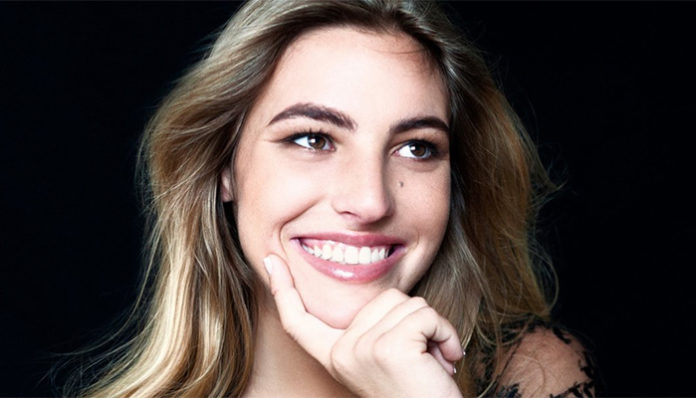 One of the most influential people on the internet, Lele Pons had over 8 billion loops on Vine by the time it closed in early 2017. Originally from Venezuela, she rose to fame on Vine after one of her friends convinced her to make an account. Since then, the blonde has branched out to several other platforms including Youtube, and Instagram.

Born on June 25, 1996 in Caracas, Venezuela, Lele Pons (Real Name: Eleonora Pons Maronese) spent the first few years of her life in South America, before moving to the United States with her family at the age of five. An only child, she spent most of her youth in Miami, Florida; it wasn’t until after she graduated from high school in 2015 that she relocated to Los Angeles, California.

Despite her current outgoing image, Pons was a quiet child growing up. In fact, she revealed in a recent interview that she really “didn’t have any friends”. During her initial years in high school, she even fell victim to bullying.

When she was fifteen, one of her friends introduced her to the latest fad on social media, Vine. Who knew that one day she would turn out to be one of the most popular stars on the internet?

After creating an account on the app, it was Jerome Jarre, a Vine star from France, who encouraged her to keep making videos. Taking his advice, she began to showcase her creative side on the platform, making and posting videos to her page. With her witty humour and practical jokes, it didn’t take long for the blonde to amass a decent following on Vine.

As she continued to post six-second clips, her follow count continued to climb. Before long, she had become the first Viner to surpass 1 billion video loops- an impressive feat for a teen. By the summer of 2016, Pons had well over 11 million followers, making her the most popular female star on the site.

Throughout her Vine career, Lele Pons has collaborated with many other individuals including Jerome Jarre, Marcus Johns, Rudy Mancuso, Jerry Purpdrank, Curtis Lepore, and Christian DelGrosso, among a few others.

The second most followed user on Vine (second only to King Bach), the Venezuelan star had over 11.5 million fans by the time it closed in January 2017.

Since Vine closed its doors, she has been uploading videos regularly (e.g. once every week) to her Youtube channel. Over the past two years, Pons has amassed over 5.1 million subscribers with more than 596 million lifetime views.

Aside from the occasional blog, the blonde mostly posts comedic skits to her page. As of August 2017, her top video, Super Mario Run – Lele Pons, Rudy Mancuso & Juanita Zurita has been viewed over 35.5 million times. Some of her other popular uploads include High School Crush, Toy Tales, Training to be a Latina, Cheating on a Test, and High School Reunion.

In 2016, it was announced that Pons had partnered up with Shots Studio, a digital company that helps to create material for her channel.

Lele Pons as an Actress

Like many social media stars, Pons has also dabbed in acting. In 2016, she made her television debut in an episode of Scream: The TV Series, which starred Bex Taylor-Klaus, John Karna, and Carlson Young. Then later that year, she landed a role in Escape the Night (2016)- a murder mystery webseries on Youtube Red.

From there, she appeared in her first film, We Love You in November 2016. Directed by Huck Botko, the comedy saw her playing the role of Callie, a young woman whom two best friends (portrayed by Justin Dobies and Yousef Erakat) end up falling for at the same time.

Outside of acting, the 21-year-old has also graced the small screens on a few occasions. For instance in 2014, she was among one of the guests on the talk show, Alexis Joy VIP Access. Since then, she’s also appeared on Weekend Today (2015), Young Hollywood (2016), Access Hollywood Live (2016), and Hollywood Today Life (2016).

In 2016, Pons published her first book, Surviving High School. Released through Gallery Books, it centred around her experiences of becoming an internet star at a young age.  A collaboration with New York Times bestselling author Melissa de la Cruz, it was released in stores on April 5, 2016.

More recently this February, it was announced that she had become a Brand Ambassador for the popular cosmetic brands, CoverGirl.

Hailed as one of the most influential people on the internet by Forbes and Time Magazine, the 21-year-old star has received numerous recognitions throughout her online career.

Known for her phrase, “Do it For the Vine”, she won a Teen Choice Award for Best Viner and a Hispanicize Tecla Award for Latinovator in 2016. In addition to that, she’s been nominated for three Streamy Awards, a Shorty Award, a People’s Choice Award, two MTV Millennnial Awards, among a few others.

Pons is currently dating fellow Vine star, Juanita Zurita whom she met at the beginning of her social media career. Despite what seemed like a rocky relationship, the two were spotted enjoying some time together earlier this year. Coincidentally, the pair were both hosts at the 2017 Latin American 2017 MTV Millennial Awards, which were held in Mexico City.

Previously, she also dated King Bach- the most followed user of all time on Vine. 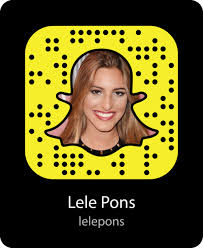 As expected from a social media star, Lele Pons jumped onto the Snapchat train early on, back in November 2014. If you’d like to add her to your Snapchat account, you can do so easily by clicking here.

Why not follow the star on Facebook? Over 3.6 million fans have already done so! You can find Lele Pons over at her official page at @lele.

Want to stay up to date with everything that’s going on with the former Vine star? You can do simply by following her on Twitter at @lelepons. As of 2017, she already has over 1.41 million followers on the site.

If you want to view some of her pictures and videos, you can do so by joining over 18 million other fans in following her on Instagram at @lelepons. Like her other social media accounts, she updates her page on a regular basis.

As mentioned above, Lele Pons regularly updates to her Youtube channel on a weekly basis. You can view the many comedic skits that she have on her page here.