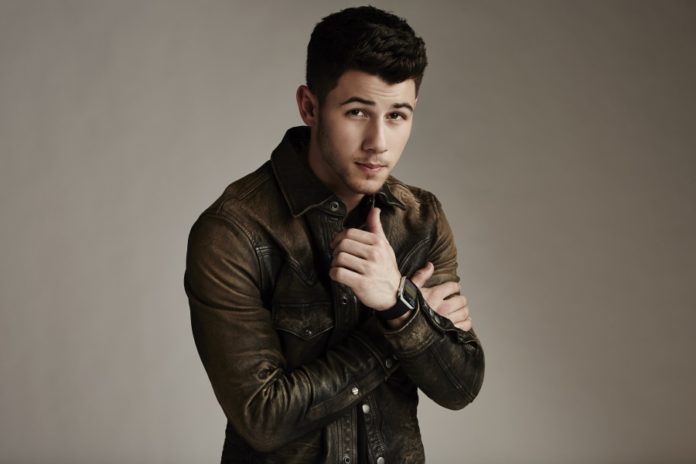 Nick Jonas is one of the most recognizable celebrities out there right now. The band was big back in the early 2000’s. The Jonas Brothers broke up a good while ago though. Nick Jonas is still a very prominent presence in the entertainment industry, however, and he has maintained a lot of the fans that he had. Nick Jonas has a ton of supporters and admirers, and he is known to sometimes engage with those people on social networks like Snapchat, Instagram, Facebook, and Twitter. 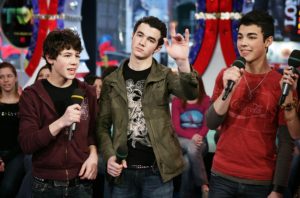 Nick Jonas was born in September of 1992 in Dallas, Texas. Both of his parents brought Nick up in a musical environment, which made since because they were both former musicians. Nick was discovered at a barbershop, and by the time he was just seven years old, he was performing on Broadway. Due to his success on Broadway, Nick was scouted by Columbia Records, who signed him in 2004. He released his debut studio album Nicholas Jones in September of 2005, and it mostly featured Christian pop style music. Nick wrote the songs on the album alongside his older brothers Kevin and Joe. Kevin and Joe also provided some backing vocals for some of the songs. Columbia Records, although they weren’t entirely impressed by the album itself, thought that Nick had an excellent voice, and ultimately decided to sign the Jonas brothers as a group.

The band originally went by Sons of Jonas before they decided to switch to the Jonas Brothers. They immediately began work on their debut album, and while they did so they would tour with other popular artists at the time like Kelly Clarkson and the Backstreet Boys. They released their debut single “Mandy” by the end of 2005. The Jonas Brothers quickly found a solid audience on the Disney Channel, and they toured with Aly & AJ, another prominent Disney-based singing group. By the time they signed with Hollywood Records in 2007, the Jonas Brothers were rapidly on their way to becoming one of the most popular boy bands in the entire country. Their beginnings were humble, but they certainly reached an incredible level of stardom eventually.

Nick Jonas after the Jonas Brothers 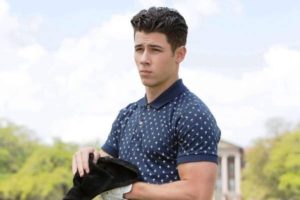 Although the Jonas Brothers were wildly successful for a very long time, they ultimately broke up in 2013. However, following the split, Nick Jonas didn’t seem content to just sit back and collect royalties. He went back to work on his solo career. In 2014, he released two singles: “Chains” and “Jealous”. “Chains” wasn’t all that successful, but “Jealous” was. By November of that year, Nick was able to release Nick Jonas, a studio album that did remarkably well for itself. Around this time, Nick was also maintaining his acting career. He was a big deal on the Disney Channel, and post-Jonas Brothers he was able to get acting gigs on major television shows like Scream Queens.

Nick didn’t stop there, though. He released “Close”, the lead single off of his next album, in March of 2016. It charted very well. The full album itself, Last Year Was Complicated, was released in June of 2016. This album was well received commercially and critically, and it featured artists like Big Sean and Ty Dolla $ign. I think it’s safe to say that by this point, Nick Jonas had adopted a decidedly more mature sound. Most recently, Nick released a single titled “Remember I Told You” in May of this last year. “Remember I Told You” features Anne-Marie and Mike Posner, and it has been highly praised. I’m sure Nick’s fans are eagerly anticipating the release of his next album, based on this single. 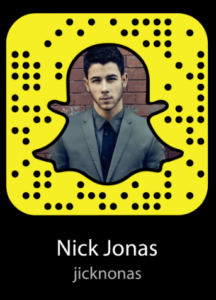 If you want to add Nick Jonas on Snapchat, there are a few different things that you’re able to do so. First of all, you can just search for him by his username, which is jicknonas. You also have the ability to find Nick Jonas on Snapchat by scanning his Snapcode using the app. (I’ve included an image of his Snapcode above.) Finally, you can add him by just clicking the direct link right here.

Nick Jonas can be found on Facebook, which makes sense considering the fact that Facebook is the most popular social networking platform in the world. You can find his official, verified page by searching for him under the username @nickjonas. Alternatively, you can find him by clicking the link here.

Nick Jonas is on Twitter! He has over 11 million followers on the platform, and if you have a Twitter account, you’re fully able to join them. You can follow Nick by finding him under the Twitter handle @nickjonas. Take a look at what he shares with his followers by clicking here.

Like many other celebrities, Nick Jonas has a presence on Instagram, the image-based social network. If you want to join the other 12 million people following him on Instagram, you can find him by searching for nickjonas. Aside from that, you can click the link here to take a look at Nick Jonas’s Instagram account.

Kik is a very popular messaging platform, and a lot of different celebrities are known to use it sometimes. However, Nick Jonas isn’t one of those celebrities. If he has a Kik account, he hasn’t shared the details of that account with the public. So if you’ve encountered someone on Kik who is claiming to be Nick Jonas, it’s very likely that they’re lying to you.