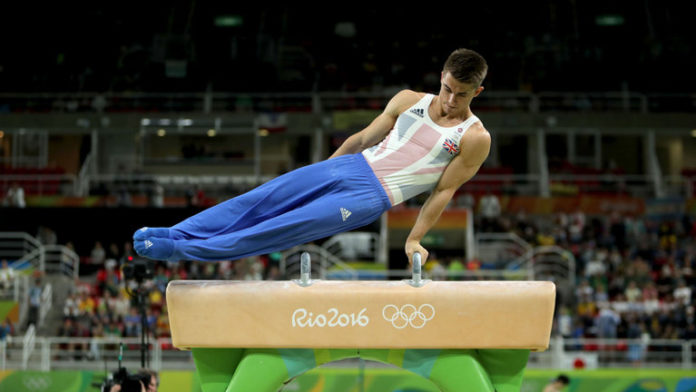 When a lot of people watch the Olympics, they say aloud to friends and family, “That’s not so hard, I bet I could do that!” They have never been more wrong, especially when it comes to gymnastics, a sport that requires intense discipline and training from a very early age. Max Whitlock, one of the prides of the UK’s Team GB knows that all too well. When boys his age were trading football cards and pestering girls, Max was working hard to become the United Kingdom’s most decorated Olympic gymnast and their first gymnastic champion. But just what goes into that high level of athletic perfection? Let’s take a look at the life and times of Max Whitlock and see if we can’t learn a few of his secrets.

How Did Max Whitlock Make His Money & Wealth? 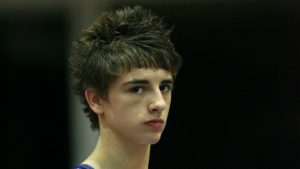 Born Max Anthony Whitlock on January 13, 1993 in Hemel Hempstead, in Hertforshire, England, Max had always been full of energy and jumping around. He told The Guardian that one of his first memories was literally walking around the house on his hands like a circus performer. When he was only seven, a friend from his swimming club introduced him to gymnastics and it turned out he was a natural, joining the Sapphire School of Gymnastics in his home town. The trope of a gymnast being dedicated to their coach is true, as Max followed his former coach to Slovenia for three months when he was twelve to be able to continue training. Returning, he joined the South Essex Gymnastic Club in Basildon, where he remains a member today. Still, Max was able to balance (pun intended!) his sport and school, attending and graduating from Longdean Secondary School, though his heart was set on competition. He didn’t have long to wait, competing professionally for the first time in 2010 at the Junior European Olympics held in Birmingham, where he won a gold medal on the pommel horse and came in second overall.

2010 marked the beginning of a long and very storied career that started at the 2010 Commonwealth Games. These games are an international sporting event featuring athletes from the Commonwealth of Nations, the remnants of the old British Empire and have been held every four years since 1930 (except during WWII). Max was part of the silver-winning English team, winning two personal medals and earning himself some serious attention from gymnastic fans and the industry alike. He helped Team GB qualify for the 2012 Summer Olympics and also helped take his team to gold in the 2012 European Championships, marking the first time that the British team had pulled it off and won a gold. Max was rapidly becoming a national star and coming out of his first Olympics with a personal bronze medal (pommel horse) and a team bronze overall. Bolstered by his Olympic glory (and who wouldn’t be?) he threw himself into national competitions, racking up the medals in the 2013 and 2014 European Championships and once leading his team to victory in the 2014 Commonwealth Games. Max took the silver in the 2014 World Artistic Gymnastic Championships in China and after a short period of rest as he recovered from glandular fever, returned to training and helped bring the British team to history once more in the 2015 World Artistic Gymnastic Championships, where they won a team medal for the first time.

The last two years have been a whirlwind of activity for Max, bringing him to the status of national hero and international prominence. Winning overall at the Glasgow World Cup in 2016 was just a precursor to his glory at the 2016 Summer Olympics, becoming the first British gymnast to win a medal in in the all-around event in 108 years and the first to win an individual gold (he would go on to win a second). For his services to gymnastics, Max was awarded the honour of being made a Member of the Order of the British Empire. All that hard work and intense training is finally paying off for Max Whitlock. 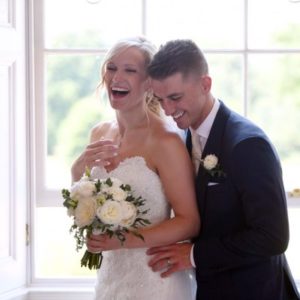 This just in, everyone, Max Whitlock is married! He and fellow gymnast Leah Hickton dated for nine years as they worked on their professional careers and the time apart only grew them closer together. Max proposed in June 2016 to his childhood sweetheart, who he met when he was only 14 at the gym club, though it took a bit for him to work up the courage to ask for her number. Ever the gentleman, he went down on one knee and offered her the ring, a moment captured and later posted on Instagram, though he told The Mirror that he was more nervous in that moment than in any TV appearance or even at the Olympics! In due time, that being July 6, 2017, the two were married in a small, intimate ceremony, stepping out for the first time together as man and wife to attend Wimbledon. Are there little gymnasts in their future? Nothing concrete right now, but while both have said they’d love to start a family, gymnastics is coming first right now and being young, there’s still tons of time!

Did Max go to college?

While Max attended secondary school (high school) and Longdean School in Hemel Hempstead, he did not go on to higher education, instead focusing on competing professionally. However, it’s never too late to join up for university, so if he ever wants to seek a degree, we’re sure any school would be proud to have him.

Has Max won any awards? 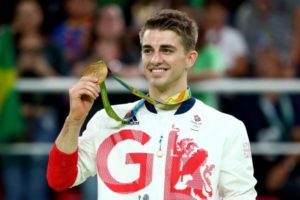 Does Max have any athletic rivals? 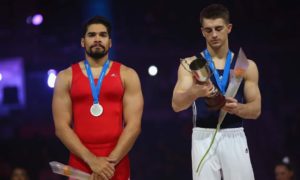 Much has been made of the public rivalry between Max and fellow Brit Louis Smith, to the point that after Smith came in second behind Max at the national championships, he took to social media to vent his frustrations. Even though he was formally warned for that unsportsmanlike outburst, both Max and Louis have had nothing but positive things to say about each other to the press, supporting each other. With the amount of training and effort that goes into gymnastics, it’s no wonder that even the most die-hard of rivals joke and laugh with each other, sharing dinner a few nights before competition. When it comes down to it, while each gymnast is competing against others in rank, in reality they are competing against themselves, the equipment, and physics itself every time they go out on the mat.

Life has been pretty eventful for the boy from Hertfordshire but due to the nature of gymnastics, he’s still young and is just hitting his prime. From visiting young fans in the hospital to helping inspire the next generation of gymnasts at the gym club, Max Whitlock MBE is a force to be reckoned with. With 105,000 Twitter followers and 218,000 Instagram followers, he’s also a young celeb who knows how to connect with the people at home cheering for him every time a competition rolls around.