Romany Malco Snapchat Name – What is His Snapchat Username & Snapcode? 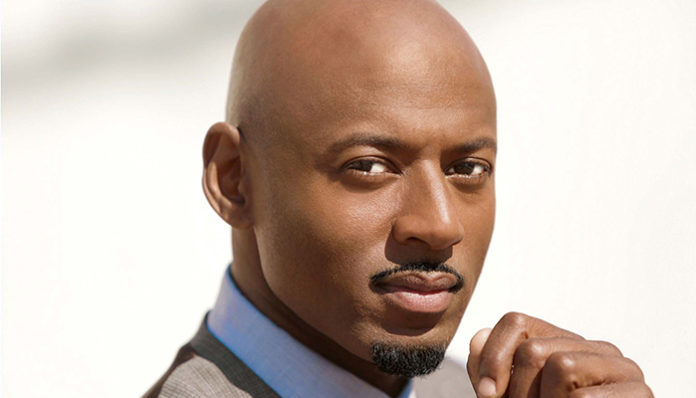 A familiar face in the show biz, Romany Malco most recently starred in the primetime drama, No Ordinary Family. Prior to his rise to fame as an actor, he worked as a producer in the music industry. It wasn’t until the late 90’s that he made his acting debut in the television series, Touched by an Angel (1998).

Born on November 18, 1968 in New York, Malco spent the first half of his childhood in Brooklyn before moving to Baytown, Texas with his family as a teen. After graduating from Ross S Sterling High School, he formed a rap group with a few friends; together, they eventually landed a deal with Virgin Records in 1991. Following a name change, they released a single titled, Victim of the Ghetto which went on to reach number two on the rap charts.

Ultimately, it was while he was working as a music producer on the comedy, The Pest that John Leguizamo encouraged him to try out acting. Thus in 1998, Malco appeared on television for the first time in an episode of Touched by an Angel. From there, he eventually made his film debut in the crime drama, Corrupt (1999), starring Ice-T and Silkk The Shocker. Then in 2000, the actor landed his first lead role in the sci-fi series, Level 9.

How Did Romany Malco Become Famous

Still, it wasn’t until 2005 that he gained widespread attention after being cast as Conrad Shepard in the dark comedy, Weeds. Created by Jenji Kohan, it centred around a widowed mother who after the death of her husband, finds herself selling marijuana in order to support her family of three. A main character right from the start, Malco made his debut in the pilot episode, You Can’t Miss the Bear.

A huge hit, Weeds ended up being the highest rated series for Showtime in the first year. Critically acclaimed, it garnered high praises from publications such as The New York Times, and Slate Magazine. Hugely popular, the original cast also included Mary-Louise Parker, Justin Kirk, Tonye Patano, and Elizabeth Perkins, among a few others. In it, Malco played as Conrad, a wholesaler who supplies marijuana to Nancy, the female lead.

After starring in the first three seasons, Conrad left the show to pursue other opportunities; it wasn’t until season eight that he returned for a few guest appearances. For his brilliant portrayal in Weeds, the series responsible for launching his show biz career, he received two Image Awards for Outstanding Supporting Actor in a Comedy Series. In total, Malco had appeared in 38 episodes.

From 2010 to 2011, the actor starred as a series regular in the comedy drama, No Ordinary Family. Produced by ABC, it followed the lives of the Powell’s- a typical family who receives special powers after a plane crash in the Amazon. His second big role on TV, Malco portrayed the part of George St. Cloud, an assistant district attorney who also happens to be a close friend of the protagonist, Jim.

Over the next few years, Malco continued to land more work in The Good Wife (2011), Unsupervised (2012), and Blunt Talk (2015). More recently, he also played one of the lead characters in the dark-comic thriller, Mad Dogs (2015), which was released through Amazon Prime.

Perhaps his most noteworthy role on the big screen is that of Jay in the comedy, The 40 Year Old Virgin (2005). One of his more well known portrayals on film, he co-starred alongside Steve Carell, Paul Rudd, Catherine Keener, and Seth Rogen. Released in theatres on August 19, 2015, it became a huge hit that summer- having quickly risen to number one at the box office. As far as ticket sales go, the movie grossed over $177.3 million after earning $21.4 million during the opening weekend.

Next year, Malco will be starring in Prison Logic (2018), a comedy written and directed by the actor himself. According to IMDb, it will star him as an ex-convict who’s set on becoming a world famous motivational speaker. No release date has been announced as of yet.

In 2008, the actor married Tyron Dakha, a former figure skater. Reportedly, the two had met on the set of The Love Guru (2008), a romantic comedy that Malco had co-starred in.  After an eight year marriage, the two filed for divorce in 2016. 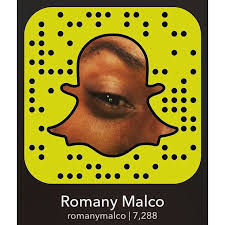 You may be happy to know that the actor is active on Snapchat- if you’d like to add him to your friend list, you can do so by clicking here.

If you want to follow Romany Malco on Facebook, you can do so by liking his official page at @RomanyMalco- he’s already got over 417K fans on the site!

Interested in knowing what the star is up to? You can find him on Twitter over at @TeamRomany.

It’s no surprise that he’s also active on Instagram- if you feel like seeing some of his photos on your feed, you can add him on the app at @romanymalco where he already has over 230K followers.

Though not entirely active, you can find him on Youtube at his channel @RomanyMalco.