Rachel Levin Net Worth 2018- How Much She Makes Per Video 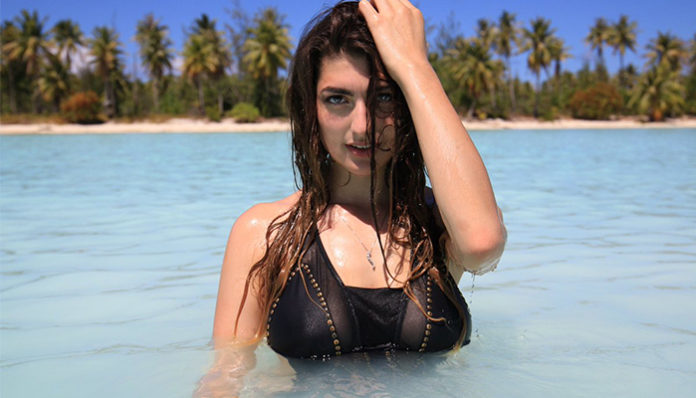 A well known Youtube star, Rachel Levin is best known for her beauty and lifestyle videos. Hailing from Philadelphia, she first started to post makeup routines onto her channel at the age of fifteen. Today, she also posts comedy skits, and vlogs, all of which are incredibly popular among fans.

One of the fastest growing channels on Youtube, the brunette has amassed over 12 million subscribers as of August 2017. Aside from the site, Rachel has also established herself on several other social media platforms including Instagram, and Twitter, with more than 3.9 million followers on the former. If anything, her popularity has been rising at an extraordinary rate over the past couple of years.

It’s no secret that web celebrities can live comfortably from what they make online- but how wealthy is Rachel Levin really? According to sources, the 22-year-old currently has an estimated net worth of $3 million. How did she go about banking that kind of figure? What are her greatest money-makers online? Offline? Let’s try to answer these questions below.

How did Rachel Levin Make Her Money & Wealth? 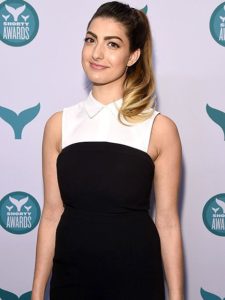 Born on February 24, 1995 in Pennsylvania, Rachel Levin grew up with her five siblings (many of whom have made guest appearances in her videos) in the city of Philadelphia. As a teen, she went to Lower Merion High School where she was an active member of the cheerleading team. When she was fifteen years old, she decided to make a Youtube channel- as she was obsessed with watching videos on the site at the time. Little did she know then, that she would one day become a web celebrity with million of fans around the world.

Shortly after creating her channel in December 2010, she uploaded her first video, How To…Conceal Under Eye Dark Circles. A cosmoholic, she had pretended to be a beauty guru in front of the mirror while filming herself. Despite having only posted it for fun, to her surprise, it quickly garnered more views than she’d imagined. Motivated by her initial success, she eventually continued to update her page with new content on a regular basis.

As of August 2017, her original video has been viewed over one million times. Some of her other early uploads include How to…Scrunch Your Hair, How to…Get Rid of Black Heads Fast, New Years Makeup Tutorial, and DIY: Make Your Own Makeup Brush Cleaner. As she posted more and more videos to her account, her subscriber count soared. Before long, Rachel had more than a million followers on Youtube.

As her following grew, the brunette began to post other content including comic skits, life hacks, and lifestyle videos. The right decision, it caused her subscriber count, which consisted mostly of teens, to spike once again. As of August 2017, Rachel’s channel has amassed over 12.3 million followers with more than 2.3 billion lifetime views.

It goes without saying that Youtube is the main source of income for the 22-year-old star. As a Google partner, Rachel would earn a passive income simply by displaying advertisements on her videos- and with the amount of views that she gets, her earnings would likely be a decent amount.

Typically, the site pays its users upwards of $5/1,000 monetized views. Assuming that she earns at least $2/1,000 and that 40% of her total view count is monetized, then she would have earned ~$1.8 million so far from ads alone.

Naturally, her earnings from Youtube would go up as her following increases. According to Socialblade, Rachel’s channel has been growing steadily since January 2015. From then until now, her subscriber count has gone from 1.4 million to 10.6 million- over ten times what it was before! As far as new subs go, she receives upwards of 5K+ new subscribers a day as of 2017. At the rate that her account is growing, it wouldn’t be surprising if her ad revenue was to climb up in the near future.

On top of her successful Youtube career, Rachel is also a well recognized figure on Instagram, where she has over 3.9 million followers. An influencer with that kind of audience, its likely that she receives a fair share of sponsorship and endorsement offers from brands and companies (which obviously add to her overall income).

Currently it is estimated that the 22-year-old Youtube star has a net worth of $3 million. Now that we know more about how her career and various achievements, we can answer our original question- where did Rachel Levin earn her fortune from? The answer seems obvious with everything that’s been said above, her Youtube channel. If anything, most of her income stems directly from her makeup tutorials, and lifestyle videos. On top of that, it’s likely that she’s yielded a considerable amount from working with different brands on endorsements and sponsorships (although she’s never revealed how much exactly she’s made from said gigs- at this point we can only assume).

Will the brunette be going into acting, like many Youtubers have done so before her sometime in the future? It’s interesting to note that while she hasn’t taken on any acting roles on the small screen, she has appeared in a couple of shows including True Life (2015), and Steve Harvey (2016). So really, anything is possible.

No, the beauty guru is not married. For three years however, she was in a relationship with Isaac Nakash who often made guest appearances in her videos. In November 2016, Rachel made the announcement via Twitter that the two had gone their separate ways, albeit amicably.

From what we can tell, she is currently single as of 2017.

Does Rachel Levin Have Any Children?

No, Rachel Levin does not have any children that we know of.

Did Rachel Levin Go to College?

Yes, after completing high school in 2013, Rachel went to Pennsylvania State University for a year before ultimately dropping out to pursue a career on Youtube. The last that we’ve heard, she had plans on taking some online courses.

It’s assumed that Rachel Levin currently resides in Pennsylvania. Unfortunately, we do not have any details on her specific location, nor do we have any photos of her house to share at this time.

What Kind of Car Does Rachel Levin Drive?

An accomplished 22-year-old, Rachel Levin has become one of the most followed female stars on Youtube with over 12.3 million subscribers on her channel. So far, her most popular upload, Disney Princess Pool Party has garnered more than 135 million views!

As expected from such a celebrity, she had received a few recognitions over the past two years. In 2015, she was nominated for a Teen Choice Award (e.g. Choice Web Star: Fashion/Beauty) and two Streamy Awards (e.g. Breakout Creator, Lifestyle Star). Then in 2016, she netted another Streamy Award nomination for Youtube Guru.

How Much Did Rachel Levin Make Last Year?

Information on Rachel Levin’s 2016 income is unavailable at this time.