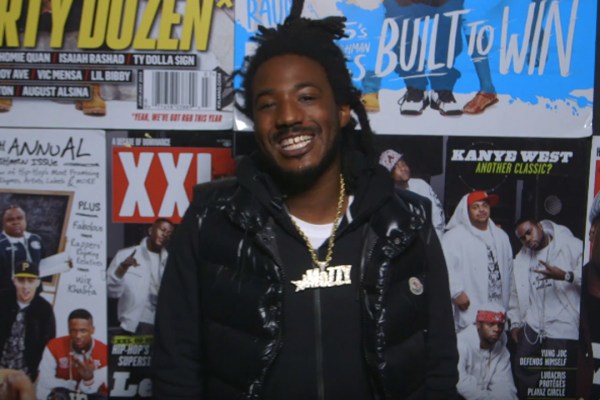 So many artists breaking into the music business come from the suburbs and have the benefit of music or singing lessons, university, and comfortable lives that afford them every chance at success. Sometimes the best, most meaningful music comes from a place of deprivation, of art and expression that can’t be stopped or put down, no matter what hardships the artist must face. This is certainly the case with the rapper Mozzy, clawing his way up to hip-hop fame and fortune the way a lot of his contemporaries can only lie and claim they did. Mozzy is the real deal and the story of his meteoric rise is the stuff of legends.

How Did Mozzy Make His Money & Wealth? 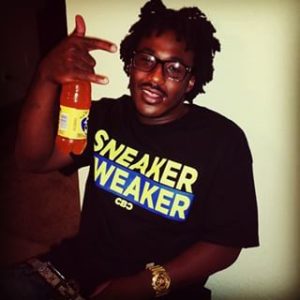 Born Timothy Patterson on June 14, 1987 in the Oak Park neighbourhood of Sacramento, California, Mozzy came into life behind the 8 ball, already in withdrawal. His mother was fighting an addiction to crack cocaine and his dad was in jail, leaving him in the care of his grandma. She was a member of the Black Panthers. Even as a young boy, he idolised rappers like Bow Wow, Lil Romeo, and The Jacka, starting to rap on his own around the age of 11. Still, by his teens, Mozzy was skipping school to sell drugs and run with the gangs he saw his friends associating with, eventually dropping out of Sacramento High School, though he later earned his GED. Mozzy was arrested three different times for drugs and firearm possession, as well as evading the police, between 2005 and 2008. In 2010, he decided that he was tired of the rough life and wanted to devote himself to his music full time. This was a turning point in his career, a move that would end up making him, though it wouldn’t be immediate fame.

2011 was the year that it all came together and Mozzy released a staggering four independent albums. This was to become part of his trademark style, releasing a lot of music at once and building up an instant, devoted following. Another album followed in 2013, The Tonite Show with Mozzy, but 2014 was also to be a gamechanger, though probably not as he intended. His song started a feud with rapper Lavish D and touched off a spate of shootings in Sacramento that police linked back to the artists and both ended up in jail. Even incarcerated, it was hard to keep a handle on Mozzy’s style and he (with help from his cousin) put out three indie albums that year. Fresh out of prison, Mozzy came out to a lot of money from iTunes downloads and made 2015 his breakout year, dropping 2 indie albums and 2 on small labels.

As his fame grows, Mozzy is doing anything but slow down. In 2016 he released 5 indie albums and 7 albums with on labels, a trend that’s looking to continue. His 2015 album Bladadah was ranked No. 22 of the best rap albums of the year by Rolling Stone magazine and he’s being profiled as the Sacramento man with the crisp rhymes and the slow burn into fame and notoriety. With 3 albums out so far in 2017, the most recent being Dreadlocks & Headshots (with GunPlay) on Real Talk Entertainment’s label, Mozzy is poised to enter the scene with decades of cred behind him. 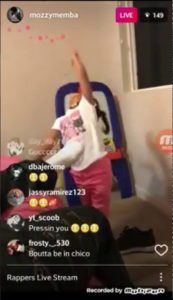 Mozzy isn’t married nor does he have currently a girlfriend, at least publicly, anyway. He does have custody of his 3 year old daughter Ariana and has stated that her mother isn’t in the picture, so it seems he DOES have a special lady in his life after all. This little lady is his pride and joy, he told HotNewHipHop, active and creative, and he sees a lot of himself as a child in her. Just off the diapers, little Ariana is a natural charmer, appearing in YouTube videos or rapping with her father on Instagram live, or even getting treated to surprise trips to Disneyland. Is Mozzy on the lookout for love? He hasn’t said and with the incredible work ethic that helps him keep churning out albums, it might be that the search for his other half isn’t really a priority right now.

Did Mozzy go to college?

Mozzy did not go to college. While he did attend Sacramento High School, he ended up dropping out and eventually getting his GED (General Equivalence Diploma) before going on to work various odd jobs while working on his music. However, he credits his grandmother, Brenda Patterson-Usher, and not school for his fantastic work ethic. Living with her was “military” and young Mozzy had chores to be done, including homework and public service volunteering in the community. When he was 16, his grandmother wasn’t above taking him to school and sitting there in the classroom with him to make sure that he stayed. Education was important to them both and even though his path led into the arts and not university, he’s always told her that it was the lessons she instilled in him that drove him to put his gang past behind him and strive to be the best.

Who has Mozzy collaborated with?

Mozzy’s first collaboration was with his own uncle, Genaro “GP the Beast” Patterson at age 11 and he certainly didn’t stop there! Over the years he’s collaborated with some of Sacramento and the WC’s finest, such as industry executive DJ Fresh, E Mozzy (the cousin who produced and released the indie album Free Mozzy while the rapper was incarcerated), Gun Play, and more.

What are Mozzy’s musical influences?

Mozzy has said that bar none, the biggest musical influence on his style and his desire to make music was the late rapper The Jacka. He’s cited DMX for rawness and authenticity, as Mozzy isn’t into the shiny super-glam lifestyle or the culture of conspicuous wealth that’s grown in the rap industry over the years.

What does Mozzy do with his wealth? 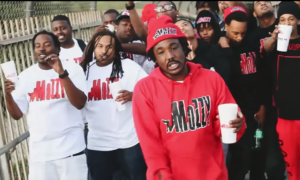 Mostly, taking care of his daughter and planning for her future. He’s mentioned in multiple interviews that putting money aside for her is paramount, potentially to spare her from the street life he turned to as a teen. As he told HotNewHipHop, “I need the world tour checks. Is this a world tour or your girl’s tour?” Living in LA isn’t cheap but Mozzy prizes authenticity above the bling culture, citing his childhood in Oak Park. He’s even called out rapper Rich the Kid for asking for $4,000 for a mention in the later’s verse, saying he doesn’t put up with solicitation. Suffice it to say, growing up rough provides a singularly different perspective of wealth and fortune, and not everyone is busting for gold-plating or expensive European sports cars. Mozzy is setting his daughter up for whatever future she wants, something every father wishes they could give their child.

Where will the prolific Mozzy go from here? No one can say for sure but he’s been talking about taking his music in a ‘new direction’ and going with wherever that direction takes him personally. Touring is certainly on the table as due to a condition of his probation, he wasn’t able to leave the state of California until 2017. Now, anything is possible and this Sacramento boy is rearing to get out there and splash across the national scene, bringing his beats to fans the world over.