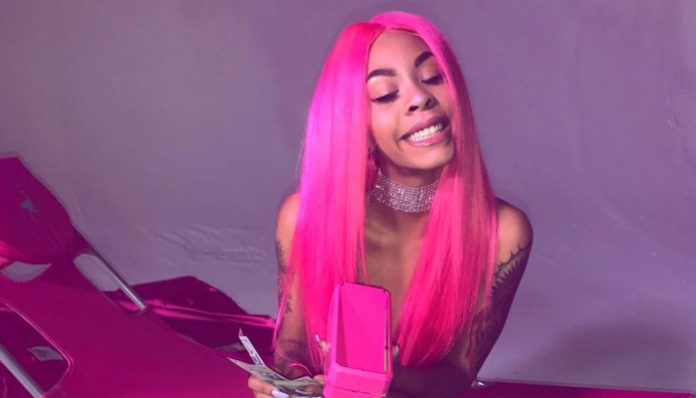 Washington-based rapper Rico Nasty initially gained an underground following with the release of the songs, iCarly, and Hey Arnold in 2016. Known for her self-described “sugar trap”, she has been penning her own rhymes since her teen years. With some trial and error, she eventually began to record her own track at the studio. Following the above mentioned releases, she teamed up with Tino Loud for a project called Cuffin Season in the fall of 2016.

From there, Rico went on to release her debut extended play titled, Life of a Rockstar before the end of the year. Around that same time, she received a small boost in popularity after Lil Yachty dropped a remix of her track, Hey Arnold online. Since then, the rapper has come out with several other titles including Block List, Gio Bottles, Poppin, and Moves. Most recently this summer, the 20-year-old delivered her latest project, the Tales of Tacobella mixtape.

How successful is the Sugar Trap artist? According to sources, Rico Nasty currently has an estimated net worth of $150,000. What are her biggest sources of income? Where did she earn this amount from? Let’s try to find out below.

How did Rico Nasty Make Her Money & Wealth? 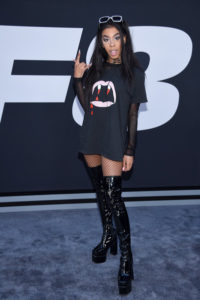 Born on May 7, 1997 in New York, Rico Nasty (Real Name: Maria Kelly) was raised in Maryland after moving there with her family as a child; she is of African American descent from her father’s side and Puerto Rican descent from her mother’s side. Growing up, she enjoyed a variety of music especially the works of Nas, Beyonce, Bob Marley, Jay-Z, and Bob Marley. Raised solely by her mother, she went to a local high school but was later expelled during ninth grade for smoking weed; following that, she continued her studies at a Baltimore boarding school.

As a teen, she was in a relationship with a man named Brandon. As it happened, Rico eventually got pregnant with him at the age of eighteen- from there, life only became more difficult; for one thing, Brandon had passed away prior to the birth of their child. Despite this, Rico successfully gave birth to a healthy son named Cameron on November 24, 2015- she was only eighteen years old at the time. Though motherhood has proved to be difficult, she’s stated that it has become a huge motivation for her to get out there and work to support the family.

Prior to becoming a mother, Rico had always enjoyed writing poetry. Though she started to make her own music at the age of fifteen, it wasn’t until after the birth of her son that she decided to make more out of the hobby. In her own words, “[there was] no point to give up so early in life.” With that, she adopted her current stage name, penned out a few new rhymes, and headed off to the studio.

On August 4, 2016, she dropped her first single titled, iCarly. Released as a digital download, it was later uploaded onto Soundcloud. A decent effort, it quickly garnered thousands of hits within a few week’s time; from then until now, the song has been streamed over 760,000 times on the site. The same day as its release, an official music video was also posted onto Youtube. Well received, it has since been viewed more than 1.7 million times.

On a roll, Rico later released her next single, Hey Arnold on August 20, 2016. Her second breakout song, it was once again made available for download online. Though not as successful as her debut, the track has since garnered over one million streams on her official Soundcloud page. A few weeks after being released, an official music video surfaced on Youtube- so far, it has been viewed more than 1.2 million times.

As it happened, her popularity eventually received a small boost after American rapper Lil Yachty dropped a remix of the song, Hey Arnold. Like the original, it features cheerful bells and bright whistles, all reminisce from the 90’s cartoon theme song.

After gaining herself an underground following, Rico teamed up with Tino Loud for a project titled, Cuffin Season. Released on October 16, 2016, that mini-album contained five tracks including Come Thru, Without You, The Break Up, First Time, and Give it to Me. A solid effort, it garnered the two artists further exposure in the R&B scene.

Speaking of collabs, the rapper was later featured in Lil Yachty’s Mamacita, a song taken from The Fate of the Furious soundtrack album. Her second time working with the emcee, the song proved to be a huge hit- it has already been streamed close to 3 million times on Youtube.

More recently this summer, the 20-year-old released her long awaited debut album, Tales of Tacobella through her Sugar Trap label. Released to all streaming sites on May 19, 2017, the project contained eleven tracks including Once Upon a Time, Mad at Me, Glo Bottles, Do What it Do, Wanna Know, and Cash Hoe, the last of which featured Baby Ahk. Made available via iTunes and Spotify, the album has racked up hundreds of thousands of listens over the past few months.

On July 7, 2017, Rico came out with her next single, Poppin. Produced by WhoisMike, an official music video directed by her long time collaborator RemyAllure, was also made available on Youtube. Since the track was first uploaded onto Soundcloud just a couple of weeks ago, it has already received over 6,000 streams on the site.

Speaking of sites, it’s presumed that the rapper also makes some extra money through her Youtube channel. Since she first launched the site in June 2012, she has amassed over 20,000 subscribers with close to 2 million views. Assuming that’s opted to display Google ads on her videos, Rico would be able to earn a small amount through her channel. Though the payout depends on several factors such as content, location, and audience, the site typically pays its partners upwards of a few dollars per 1,000 ad views.

Given than a user has enough views, this can easily add up to a greater sum. How much has Rico Nasty made from her channel? If she were to be paid $2 per 1,000 monetized views, she would have already earned well over a thousand dollars from her videos- not bad for some passive income! As of August 2017, the rapper’s top upload, the music video for Poppin has been viewed over 712,000 times- that already translates to a few hundred dollars in ad revenue!

Offline, concerts and performances are another big money-maker for the rapper. Though she hasn’t embarked on any tours (as of yet), she has hit the stage a few times since her debut. For instance last year, Rico entertained crowds at Washington and Philadelphia in June and December respectively. As for more recent shows, she’s recently performed at the Upstairs at Kung Fu Necktie event and at the Songbyrd Music House earlier this summer.

If you’d like to see her perform live, she has a couple of dates scheduled for this fall including one at Shakas Live in Virginia Beach on September 1, 2017 and another at Baby’s All Right in New York on September 18, 2017.

Reiterating what’s been said earlier, Rico Nasty currently has an estimated net worth of $150,000. Now that we know more about the rapper, let’s go back and visit our original question- where did she earn her money from? From everything that we’ve said above, it seems fair to assume that she made what she has today from her singles, album, Youtube channel, as well as concert performances.

Assuming that she continues to pump out new songs and projects, her career as a recording artist will most likely continue to grow over the next few years. At just twenty years old, the possibilities for her are still endless, so to speak.

No, she is not married. From what we can tell, she is currently in a relationship with her manager.

In her late teens, she was in a relationship with her best friend at the time, Brandon. Though it’s unclear what exactly happened, he eventually passed away in 2015, not long after she got pregnant with their child.

Does Rico Nasty Have Any Children?

Yes, as mentioned above, she got pregnant with her boyfriend, Brandon at the age of eighteen. She eventually gave birth to a health son named Cameron on November 24, 2015. According to a recent interview, he has become a major driving force in her life.

Did Rico Nasty Go to College?

No, the rapper has not gone to college. In fact, it’s unknown whether or not she has completed her secondary education. When she was in ninth grade, she got expelled from high school for smoking weed; she subsequently went to a boarding school in Baltimore.

Where Did Rico Nasty Get Her Stage Name From?

According to an interview, she came up with “Rico” as a reference to her Puerto Rican heritage. Needing to add another word for her Instagram username, she eventually decided to add “Nasty” to her pseudonym- despite the fact that it has no relevant meaning whatsoever.

In addition to being known as “Rico Nasty”, she also goes by Taco Bella- a nickname that she earned during her pregnancy as she craved lots of quesadilla and nachos from Taco Bell.

Where Does Rico Nasty Live? Pictures of Rico Nasty’s House

From what we can tell, the 20-year-old rapper currently resides in Washington, D.C. where she had grown up. Unfortunately, we do not have any other information or photos of Rico Nasty’s home at this time.

What Kind of Car Does Rico Nasty Drive?

We do not have any information on Rico Nasty’s vehicle as this time.

How Much did Rico Nasty Make Last Year?

Information on Rico Nasty’s 2016 earnings is unavailable at this time.

As mentioned earlier, the artist recently dropped her debut album, Tales of Tacobella earlier this summer. This past July, she also released her latest single, Poppin, a song taken from said full length project.

As far as public appearances go, she will be performing two dates this coming September- one in Virginia Beach and another in New York. For more information, please visit her official website at http://riconastymusic.com.

To stay on top of what’s going on, be sure to add Rico Nasty on Twitter (@Rico_nastyy) and Instagram (@rico__nasty) if you haven’t already done so.