Lauren Riihimaki Net Worth 2018- How Rich is the YouTuber 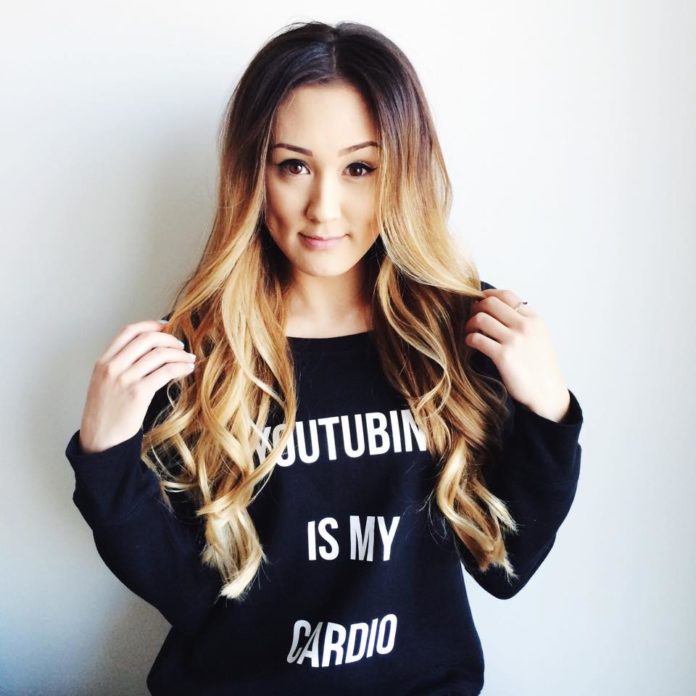 Lauren Riihimaki is a Canadian internet personality famous for her DIY fashion videos on YouTube. She created LaurDIY, the name of her channel in 2012. Since beginning her career, she has amassed a large following. Her unique DIY approach to fashion has inspired many others to do the same, and has also allowed her to build a career upon her passion.

Lauren Riihimaki has accumulated over 6 million subscribers on YouTube, 3.5 million followers on Instagram, and 3.6 million followers on Twitter. Her videos average 1 million views per day. Her impressive social media presence is more than enough to rake in six figures annually. As a result, Lauren Riihimaki has built up a fortune of 1.2 million over the course of her 5 year YouTube career.

Since Riihimaki is particularly influential among young women, many fashion and beauty brands pay her large sums to sponsor their products. She has been sponsored by trendy brands such as Starbucks, P&G, Etsy, and even has her own personal brand. Riihimaki has also been featured in Seventeen magazine, MTV, and the Today Show.

How Did Lauren Riihimaki Earn Her Money & Wealth?

Lauren Riihimaki was born on August 11th, 1993 in St. Catharines, Ontario. She is of mixed Japanese, Ukrainian, and Finnish descent. Her full name is Lauren Kobayashi Riihimaki. She is the only child born to parents Greg and Gail Rihiimaki.

Growing up, Lauren Riihimaki was very active. She was active in school clubs and sports. Her parents encouraged her to learn and grow in every way she could. Riihimaki swam, skated, and took piano lessons. Her first middle school gave her an award for her athleticism as well as her proficiency in French. In high school, she went through a French immersion program.

Lauren Riihimaki didn’t just excel academically. She exhibited a marked interest in fashion and DIY projects from an early age, far before pinterest-inspired trends became mainstream. When she was not participating in school activities, she was working on some sort of DIY project. As she approached college, she connected dots between her favorite childhood memories and realized her passion was with art. Even though she was studying something she enjoyed in college, it was still unfulfilling.

In 2011, Lauren Riihimaki started to build an interest in an internet career. She was inspired to do so after enrolling in a graphic communications course at her college. Her love of DIY projects could be blended with her video editing and design skills to provide her with a creative outlet that a traditional career could not compare to.

The young fashionista then created her Youtube channel in late 2011. She combined her name and the acronym DIY to create its name, LaurDIY. Lauren Riihiimaki did have a fashion blog called “Desire and Inspire”, but abandoned it as she felt videos presented her ideas better. She also posted several pictures on the fashion site Lookbook.nu.

Lauren Riihiimaki’s videos typically consist of chic DIY interior design tutorials. She also posts outfit and makeup tutorials, comedy skits, and vlogs. Riihimaki’s second channel, LaurDIY2 is dedicated to vlogs about her personal life. Her most popular videos are collaborations with other Youtubers, her DIY Challenge series, and music videos.

Due to her popularity with young women, Lauren Riihimaki has drawn the attention of many major brands. She has collaborated with Target, Covergirl, Tampax, and Pantene on ad campaigns and products. In 2016, Lauren Riihimaki also launched her own company, PopSockets. The product is a stamp like device that grips to the back of a smartphone. It acts as a texting grip, media stand, headphone wrap. Users can customize it with their own designs.

In early 2015, Lauren Riihimaki bought her first car ever. Earnings from her videos allowed her to buy a brand new Honda Fit, a mid-end 5 door subcompact that retails for roughly 16k. She was able to purchase the vehicle outright.

One of Lauren Riihiimaki’s signatures is her ombre hair. Despite doing her makeup and outfits herself, she opts for her hair stylist friends to do her hair for her instead.

Lauren Riihiimaki lives with Alex Wassabi in Los Angeles. Their apartment boasts a comfortable open layout as well as a loft. It goes without saying that Riihiimaki has spruced the living space up with her unique DIY touch. She posted an apartment tour video in July 2016.

In 2015, Lauren Riihimaki moved to Los Angeles to further her career. There she met fellow YouTuber Alex Burris, known on the site as Alex Wassabi. The began dating shortly after meeting. The couple have similar personalities and video styles and often collaborate together on DIY shorts, comedic skits, and music videos. Lauren Riihimaki’s most popular video is a music video starring Alex Wassabi. They own a bull terrier named Moose. After getting Moose, they posted a video called “Preparing for Parenthood” to trick their viewers.