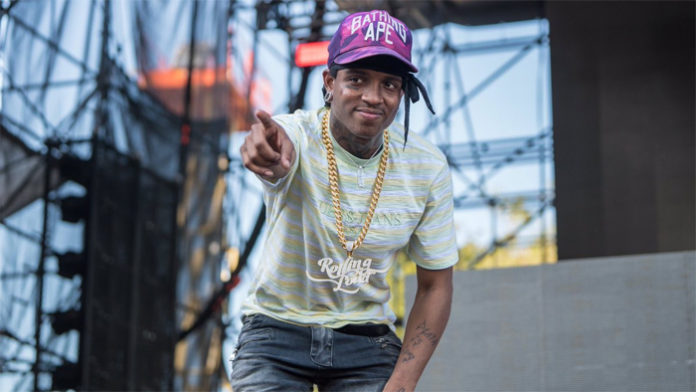 From the Fort Lauderdale area, Ski Mask the Slump God dropped his first track, Catch Me in 2015. Growing up life was hard. To escape from the problems at home, he turned to rap in his early teen years. Over time, he got increasingly more involved with rap; before long, he was developing rhymes of his own with a few of his neighborhood buddies. Having said that, he did have a few run-ins with the law. At the age of sixteen, he was taken to a Juvenile Detention Center after being caught in possession of marijuana.

Honing his free-styling game over the next few years, Ski eventually came out with his first track, Catch Me in 2015. From there, he collaborated with fellow Florida native XXXTentacion on the collective, Members Only, which was then followed by Members Only Vol.1 and Members Only Vol. 2. By 2016, the rapper’s presence in the hip hop scene had grown tremendously; not only did he have a devoted fan base, but he was also booked for several local shows on a regular basis.

How successful is the 21-year-old now? According to sources, Ski Mask the Slump God currently has a net worth of $50,000. Where does he earn his money from? What are some of his biggest projects? Let’s find out below.

How did Ski Mask the Slump God Make His Money & Wealth? 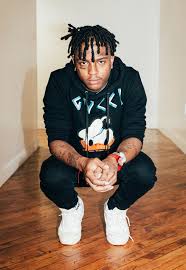 Born on May 13, 1996 in Deepside, Florida, Ski Mask the Slump Gode (Real Name: Stokeley Goulbourne) grew up with his four brothers and sisters in the Fort Lauderdale area. Ever since he was young, life had been difficult; his mother often struggled with personal issues, while his father was absent from the family home. Following his parents’ separation, him and his siblings bounced between their mother and father’s houses often. Having been dealt a less than ideal hand, he eventually got into rap as a means of escaping life’s difficulties.

From there, Ski soon developed his own rhymes with help from some neighborhood friends. However like most teens, he did run into his share of trouble. At the age of sixteen, he got caught for marijuana and gun possession- charges that sent him to the Broward Juvenile Detention Center. Ultimately it was there that he met XXXTentacion, a teen with similar aspirations in rap. Befriending each other, he eventually performed a freestyle for his new friend for fun. Impressed by what he had come up with, X encouraged him to write more.

After getting out, the two formed a music collective called Very Rare. Though they didn’t record anything together immediately afterwards, they stayed in touch while building their own respective rap careers. Then in 2015, nineteen-year-old Ski released his first official track titled, Catch Me online. Despite being a mild success, it effectively marked his entry into the music scene. Interestingly enough however, the rapper has since deleted the song from the internet as “he ended up hating it.”

Following their initial release, the pair followed up with Members Only Vol. 2 on October 23, 2015. Made available as a digital download, the project was considerably longer than their first. Unlike Vol. 1 which only consisted of six numbers, their second effort boasted twenty two tracks including King of the Dead, Save Me, Flyboy Tarantino, Lick!, I Just Won’t Break, and Fukkit. Produced by DJ Patt, Vinny Changos, among others, it also included guest appearances from 1Hunnitjunior, and Yaprak Asimov. Later uploaded onto Soundcloud, the mixtape has since been streamed over 24K times on the site.

Thanks to the success of their two mixtapes, the pair soon found themselves being booked for local shows on a regular basis. From there, Ski began to focus his efforts on his solo music career. On May 16, 2016, the rapper delivered his debut mixtape, Drown in Designer. His most popular tape to date, it came packed with nine tracks including I Like Bricks, Where’s the Blow, Take a Step Back, Billy & Mandy, and R.I.P. Roach. Released on the web, it features a few artists including Craig Xen, Denzel Curry, Lil Pump, and Treez Lowkey, among others.

A considerable hit, it helped raise his profile even further. So far, Drown in Designer has already received more than 25K likes on Soundcloud with over 22 million streams. As far as reviews go, it currently has a 92% rating on the popular mixtape sharing site, Datpiff.

Riding on his momentum, Ski released his next mixtape, Very Rare Lost Files in June 2016. Despite being only nine minutes long, it proved to be yet another success for the burgeoning artist. Featuring appearances from DJ Patt, Pollari, KellBender, Jimmy Duval, and LanlordCollectin, it included the tracks: Life is Short, TheHumanCentipede, New Age Chip Skylark, Young Voorhees, and Vr All-Stars. His second most popular tape to date, it has received over 8 million plays as of 2017.

His third project, Slaps For My Drop Top Mini-Van was made available a month later, on July 14, 2016. Produced by Captain Crunch, LanLord, Corey Lingo, and RayAyy, the four track project contained the titles, Like a Soccer Mom, I Don’t Care, Death is Long, and Did You Really???. As of July 2017, the mixtape has picked up over 10 million plays with more than 14.6K likes online.

Fast forward a year, and he’s reunited with X for their third collective, Members Only Vol. 3. The latest installment to their eponymous series, it boasted a number of driven tracks including Wassup BVro!, Off the Wall!, Buthole Girl!, Static Shock (Interlude), and 4Peat. Released earlier than intended, the mixtape has since been listened to tens of thousands of times on Soundcloud.

Most recently, Ski dropped his latest mixtape, You Will Regret on June 30, 2017. Featuring some more polished production by CashMoneyAP, Kashaka, Beatscraze, and Jimmy Duval, a few highlights from its 10-song track list include: Adventure Time, Bird is my Word, H2O, Winnie, Energy, and BabyWipe. A solid effort, it ultimately earned him a record deal with the Universal Music Group.

Obviously, the 21-year-old rapper would have earned a decent amount from the above mentioned releases. But like most artists, record sales isn’t his only source of income- things such as tours and concerts play a major role as well. For instance last year, he hit up ten different cities from Los Angeles, California to Lake Worth, Florida. Speaking of which, he recently embarked on the Revenge Tour with XXXTentacion and Craig Xen. Kicked off in Houston, Texas on May 31, 2017, it continued for many weeks until coming to an end on July 2, 2017 at Broward, Florida.

Since then, he has also put on a few shows in New York, and Chicago earlier this summer. Though he’s no longer on tour, Ski does have one additional performance planned for later this year at Denver, Colorado’s Summit Music Hall on September 22, 2017.

Currently it is estimated that Ski Mask The Slump God has a net worth of $50,000. So, where did he earn his money from? Now that we know more about how his career has panned out, we can easily answer this question- it’s probably fair to assume that most of his existing fortune comes from a combination of his tapes and on-stage shows (perhaps moreso the latter).

Considering how he’s recently landed himself a music deal with the Universal Music Group, and that he is planning a major label debut album for 2018, it seems that he’s doing fairly well for himself. If anything, the upcoming album will probably just boost his popularity even further.

No, from what we can tell the 21-year-old rapper is not married. In fact, not much is known about his personal life at this time.

Does Ski Mask the Slump God Have Any Children?

No, Ski Mask the Slump God does not have any children that we know of.

Did Ski Mask the Slump God go to College?

No, he has not gone to college. Since he first decided to make a career out of rap during his teens, he hasn’t looked back.

Where Did Ski Mask the Slump God Get His Name From?

Unfortunately, it doesn’t seem like the rapper has ever revealed the meaning behind his rather unique stage name to fans (yet, anyway). Having said that, we do know that his real name is Stokeley Goulbourne. From time to time, his stage name is also stylized as $ki Mask The Slump God.

From what we can tell, the 21-year-old currently resides in his native Florida. Seeing as how he’s never been one to talk much about his personal life, we do not have any further details on or photos of Ski Mask the Slump God’s location at this time.

What Kind of Car Does Ski Mask the Slump God Drive?

Since he first started to put together some beats at the Broward Juvenile Detention Center, the rapper has come out with several titles including the mixtapes, Drown in Designer, Slaps For my Drop Top Mini-Van, Very Rare Lost Files, and You Will Regret. Aside from those, he’s also teamed up with XXXTentacion for the Members Only series, which made some noise in the rap scene.

After having put together several tapes, it was announced earlier this year that Ski Mask the Slump God had signed a record deal with the Universal Music Group. Not only that, but he’ll be dropping his major label debut album sometime in 2018. Considering all that, he’s made himself to be quite successful over the past little while.

How Much Did Ski Mask the Slump God Make Last Year?

We do not have information on Ski Mask the Slump God’s 2016 earnings at this time.

As mentioned earlier, the rapper is currently working on putting together his debut album which will come out sometime next year.

As far as public appearances go, he will be performing at the Summit Music Hall in Denver this September.