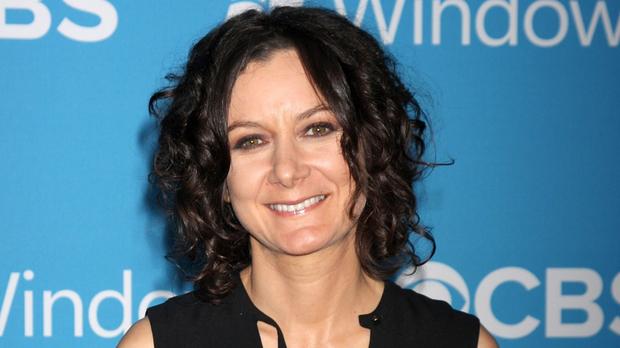 Sara Gilbert is best known for her role in the late eighties Early nineties blue collar sitcom Roseanne, created by comedian Roseanne Barr. She played Darlene, the middle child, and originally a tomboy who loved sports. As the show progress the character became more like the actor who played her, with Darlene more concerned with animal rights, art and activism. Sara has shown up in a wide variety of shows, but these days is mostly known for her talk show, The Talk, and occasional appearances on The Big Bang Theory as Leslie Winkle. This is part of a series looking at the income and net worth of the cast of The Big Bang Theory, and I feel I am getting away from the central characters, what with Gilbert only showing up once in the last 6 years or so of the show, but still, she has worked with Galecki and Metcalf in the past, so I feel she fits in here nicely.

Let’s take a dive into her career, see where she made her money and where she might be going in the future.

How Did Sara Gilbert Make Her Money & Wealth? 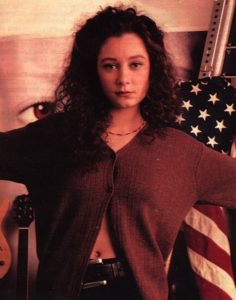 Sara Gilbert was born on January 29th 1975 in Santa Monica California. Her grandfather was the creator of The Honeymooners, and two of her siblings were key cast members on The Little House on the Prairie. She was born Sara Rebeca Abeles, but took the name of her mother’s husband, rather than her birth father. Gilbert is best known for her role as Darlene in Roseanne, but she got her start in acting from a much younger age, appearing in a variety of commercials, much like Johnny Galecki and Kaley Cuoco.

Roseanne was what made her famous, and she costarred in the show for its entire run, appearing in all but three of the episodes. Her initial take home was less than $10,000 per episode, but by the third season of the show she was pulling in $45,000 per episode. Her peak pay, for the last two seasons of the show, hit $500,000 per, not too shabby considering how young she was. So important to the show was she that the producers actually shoot around her study schedule, even renting sound stages in New York for her to shoot certain scenes. She has a story credit for a fourth season episode of Roseanne, called Don’t make me over, thought the actual teleplay was written by members of the writers guild who worked on the show.

She completed college not long after Roseanne finished airing, and graduated with a degree in Art Photography. Between 1997 and 2010 she guest starred on a variety of shows, but had nothing substantial until 2010’s The Talk, a talk show co-hosted by Sharon Osbourne, Julie Chen and Sheryl Underwood. Her salary fro the show is unknown, but considering that she is credited as the creator, producer and star, the estimates put it in the $1,000,000 plus range.

She worked with former Roseanne co-star Johnny Galecki again in 2007, for The Big Bang Theory. She played Leslie Winkle, a flippant and highly intelligent foil for Jim Parsons’ character Sheldon Cooper. She also dated Galecki’s character again. Her appearances were sporadic, a real shame as I love the character. the writers at the time simply did not know what to do with her, and for a show with such a large ensemble cast that was an issue. She was essentially written off the show, appearing only a few times after season 3. I’d like to see her return, but even i cannot fathom how well she would fit into the current dynamic. How much she made for her role in the show is unknown, but a rough estimate would put the fee in the $10,000 – $60,000 range depending on the season.

I did not go into this expecting her net worth to come from a talk show, in fact I didn’t even know she had one, but here we are. Through a hefty pay packet back in the nineties, and the more recent success for The Talk, Sara Gilbert is raking it in. She also has an online presence, but I do not know if that audience is being leveraged. It probably is, I mean most folk with half a million twitter followers are cashing in on their audience to some extent. Overall, I am a fan of her work, and I look forward to seeing what she puts out in the future.

She is married. First to Alison Adler from 2002-2011, and currently to Linda Perry of 4 Non-Blonds fame. She dated Johnny Galecki, her co-star on Roseanne back in the day before realizing she was gay. She has two children with Alison, a boy and a girl, and another boy to Linda Perry.

Where is Sara Gilbert from?

Has Sara Gilbert Won Any Awards?

A couple. Not many. She won an award, jointly with the cast of Roseanne, in 2008 and she got a Prime time Emmy for The Talk. Considering how important she was to Roseanne I was surprised to find so little in the way of recognition for her performance.

Is Sara Gilbert coming back for the Roseanne reunion?

She is, yes. Many of the original cast members have signed on for eight new episodes set to air mid season next year. The only cast member not set to appear is Glenn Quinn, the Irish born actor who died of a drug overdose back in 2002. Gilbert is to be credited as an executive producer on the revival.