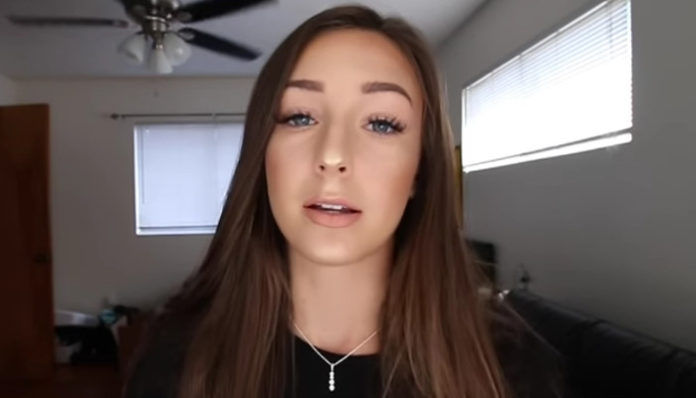 A popular social media star, Taylor Alesia has well over a million followers across the globe. From Scottsdale, Arizona, she first attained a following on Instagram during her teens. As of August 2017, the brunette has over 1.5 million fans on the photo/video sharing app. Since then, she has also made a name for herself on Youtube, Musical.ly, Twitter, as well as the live broadcasting platform, YouNow.

The girlfriend of fellow Youtuber Tanner Fox, the two hit the road earlier this year for the 2017 RV Project Tour. If anything, the event has only caused her popularity to increase further over the past few months. Perhaps the most active on her Youtube account, Alesia’s channel has received well over 43.6 million views to date.

How successful is the web celebrity? Nowadays, it’s now uncommon for one to be able to make a living off of social media- given that you have a wide enough audience. So, how well off is the 20-year-old? According to sources, Taylor Alesia currently has an estimated net worth of $30,000. Where does she make her money from? Let’s find out!

How did Taylor Alesia Make Her Money & Wealth? 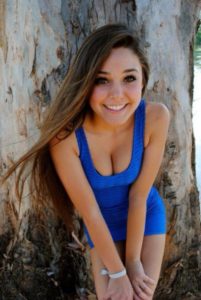 Born on October 13, 1996, Taylor Alesia grew up in Scottsdale, Arizona with her older sister. Unfortunately, not much is known about her early life, as she isn’t one to talk about her childhood often. For now, all we know is that she rose to fame on various social media platforms such as Twitter and Instagram in the early 2010’s. Recently, she came under the spotlight after getting into a relationship with fellow Youtube star, Tanner Fox.

Blessed with good looks, she is currently a social media influencer on Instagram with over 1.5 million followers. Incredibly popular, most of her uploads receives upwards of 200K likes each (even more so for her video posts). As it is with most Instagram celebrities, Alesia has most likely been contacted by companies regarding endorsement and sponsorship opportunities. With the wide audience that she has, it wouldn’t be surprising if a brand wanted to pay her for some advertising.

Aside from what she has going for her on Instagram, Alesia is also widely known on Youtube where she currently has over 744K subscribers. Since she first launched her channel in 2015, her videos have received over 43 million views! Not only does she post vlogs to her account, but the brunette also uploads various challenge videos, as well as advice videos.

Assuming that she’s been monetizing her channel through Google ads, Alesia would be able to make some money from displaying advertisements on her videos. On average, the site pays its users anywhere from $2 to $5 per 1,000 ad views. So how much has the twenty something made from her channel? A little math tells us that she would have earned at least $30,000 from her videos so far!

According to Socialblade, her channel has also been growing rapidly since the spring of 2017 (which coincidentally, matches up with when she got together with Youtube star, Tanner Fox). Currently, her account gains upwards of 6000+ new subscribers on a daily basis. As for video views, she receives upwards of 800K a day. Considering how fast her Youtube account has been growing in popularity, it’d only make sense for her ad earnings to also go up in the near future.

Most recently, Alesia also hit the road as a member of Taylor Caniff’s RV Project Tour. Allegedly, it was rumored that the two were dating during the event.

In the recent years, the 20-year-old star has also made herself known on YouNow, a live-streaming platform where, the last time we checked, she had over 42.5K followers. Aside from that, she also has a decent following on Musical.ly, where she regularly posts videos of herself lip-syncing to popular songs.

If you’d like to support Alesia, she has even set up her own merchandise store at tayloralesia.com.

No, she is not married. However, she has been in relationship with Youtube star, Tanner Fox since 2017. Thanks to his fame, Alesia’s popularity has soared since the two have gotten together.

Previous to this, many fans speculated that she was dating Taylor Caniff, as they were often seen together. Following the rumors, he stated in an interview that he was single, and not in a relationship with Alesia.

Interestingly enough however, shortly after his claim, Alesia came out to her fans that they had in fact, been dating- she even had pictures of the two kissing on a beach. From there, their relationship deteriorated and they eventually went their separate ways.

Did Taylor Alesia Go to College?

Yes- as of 2014, Taylor Alesia was attending college.

Does Taylor Alesia Have Any Children?

No, Taylor Alesia does not have any children that we know of.

Unfortunately, not much is known about the star’s location. From what we can tell, she currently lives in California, though this has not been confirmed. We do not have any pictures of Taylor Alesia’s home at this time.

What Kind of Car Does Taylor Alesia Drive?

The way it’s set up, 40% of all proceeds from her online store goes towards the Anxiety & Depression Association of America, an organization that helps to provide free education about anxiety and mood disorders, and to help those who are currently struggling with their treatment.

How Much Did Taylor Alesia Make Last Year?

We do not have any information on Taylor Alesia’s 2016 earnings at this time.