What Happened To Chad Johnson From Bachelorette – What’s He Up To Now? 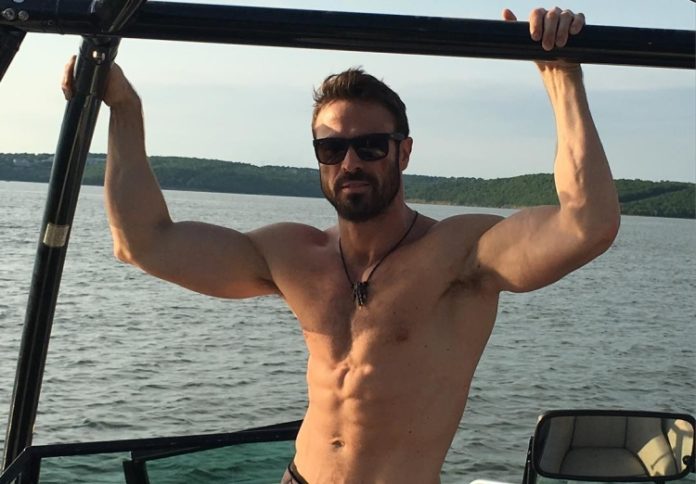 While many reality stars who graced our screens for those few meme-able moments fade into obscurity by the next season, some reality TV stars have the savvy and gumption to ride that wave of fame as far as it will take them, and who can blame them? Chad Johnson is just one such success story. Risking it all to find love on national TV, he went on, staying in the limelight until lightning had time to strike again. So what’s this Bachelorette bad boy been up to? Let’s dig in! 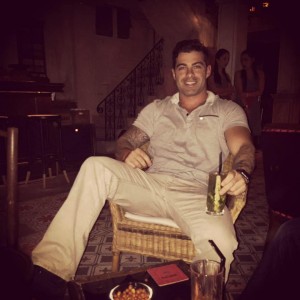 Born on August 11, 1987 in Jenks, Oklahoma, Chad’s early life was normal, far from the exotic life he’d one-day lead. His parents were both real estate agents during the lucrative years before the housing market bubble began to swell and by all accounts, Chad and his sister Tammy had a normal childhood. Chad would go on to attend Jenks High School, graduating in 2005 and going on to attend and graduate from, the University of Oklahoma. Just a middle-America boy with middle-America values, he enlisted and served in the US Marine Corp, a serious sticking-point to anyone who would call him a pampered celebrity. Marine boot camp is a 12-week intensive program designed to destroy men and remake them into marines, featuring 17-hour days of physical and weapons training under the rule of a screaming drill instructor, culminating in a 3-day trial known as The Crucible.

In his return to civilian life, Chad took up the ‘family business’ and went into real estate or, as he’s often put it, “luxury retail”. Though real estate can be a rewarding career, both monetarily and in the joy of helping clients find the perfect home, Chad’s life was missing a certain special someone. Fortunately, love was casting a wide net in 2016, when Chad answered a casting call for the ABC network show The Bachelorette, then in its 12th season. Every year, thousands of people audition to be part of the show and its sibling, The Bachelor but only a few will get one of the coveted spots, a job lasting only a couple of months. The only requirements are being at least 21, single, and available to producers for up to a year, meaning a lot of love-lorn folks are free to try their luck, and the star of The Bachelorette is often a previous contestant from The Bachelor. For Season 12, the lucky lady was Joelle ‘JoJo’ Fletcher and Chad was one of the bevy of eligible men vying for her affections. 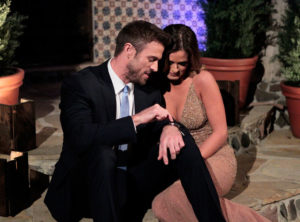 Chad made his presence felt right away on The Bachelorette, establishing himself as a bad boy, or villain, in reality TV lingo, becoming confrontational with some of the other contestants at a cocktail party in Episode 2. The issue only escalated in the next episode, when JoJo chooses Evan to receive a rose over him, leaving him quite angry and full of hot-headed rage to vent at anyone who could get near. While this may seem a damning account of someone’s behaviour, one must remember that shows are edited to show only the height of emotion and drama and also to create a narrative, establishing familiar roles for the contestants. What might get someone kicked out of a club on a Saturday night is also fantastic television that keeps the viewers on the edge of their seats as they pick who to love, hate, or root for. With the arrival of Chris in the next episode, Chad showed concern over his future and set about planning his strategy but with his turn for a two-on-one date with JoJo and Alex, Alex came clean to her about the other men’s concerns over Chad. In the end, JoJo gave Alex the rose and Chad was sent home at the end of Episode 4, briefly appearing in Episode 5 when he left the contestants’ house with a minor drama outbreak. Chad would be seen again, however, in the wrap-up tell-all episode when he discussed his behaviour with the others, addressing JoJo directly and speaking from the heart, affecting her enough that she led a standing ovation for him. Chad would go on to say that being on The Bachelorette was tough, but nothing compared to the previous year, when he tragically lost his mother to liver cancer.

America hadn’t had enough of Chad, and he progressed immediately into an ABC spin-off, Bachelor in Paradise (Season 3), a six week date-em-up located in the tropical best of Vallarta-Nayarit, Mexico. Taking his villain role from The Bachelorette and dialing it up to 11, making out in a bar with fellow contestant Lace before becoming aggressive and slightly abusive to her and other members of the cast. Eventually passing out drunk on the beach, Chad was forcibly ejected from the show by host Chris Harrison and when he refused to apologise, forcibly ejecting Chad from the house as well. The miss was his loss, it turned out, as contestant Leah then showed up to ask him out on a date and disappointed that he was gone, chose Nick instead. The E! network was certainly a winner on Chad’s leaving, as they picked him up for Season 2 of their show Famously Single, in which eight reality TV stars move into a house together to work on their romantic problems with a licensed counsellor. Famously Single is currently airing on E! network. 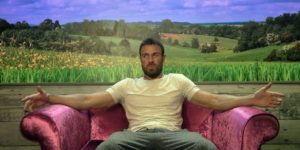 Never mind what’s already happened, it’s old news! What’s Chad up to right now? So glad you asked because everyone’s favourite bad boy with an explosive charm will be appearing on British TV station Channel 5 for the upcoming Celebrity Big Brother 20, alongside other stars of both US and UK reality TV and other lesser-known celebs. Locked in a house and cut off from the rest of the world during filming, each week one contestant is ‘evicted’ by house vote and the last standing takes the prize. The setting for the Celebrity Big Brother ‘house’ is a large compound in Borehamwood, reachable by train from London’s Kings Cross Station, and the interior is designed to look like a “top celeb retreat”. Chad might forget all about paradise here with a large salon-style bathroom, two jacuzzis, and several bedrooms done up in various themes, including a Forest Suite and a Blossom Suite. While cameras and mics catch every bit of interaction for the viewers at home, it’s no-holds-barred for the housemates and certainly winner-take-all! The series began airing on August 1, 2017 but already the rumours are flying and the tabloids are screaming, with Chad certainly making a huge impression with the other housemates, especially Sarah Harding of Girls Aloud. The two seem to be quite close and have shocked the nation (and Sarah’s boyfriend Aaron) with their ‘intimate’ positioning in a recent episode. 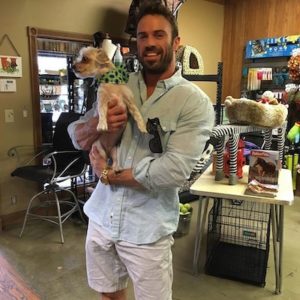 What about the real Chad Johnson though, when the cameras aren’t rolling? He still a luxury real estate agent in Oklahoma and if anything, his celeb status will certainly help sell those houses (and give him a leg up making connections with even bigger celebs). An absolute fitness maniac, he’s always hitting either the weights or the machines, hard, posting shirtless gym selfies and hardcore workout videos to social media. He’s endorsed DestinyNutrition.com, a company that produces and supplies nutritional supplements to aid in weight loss and muscle growth (and according to his Instagram profile, if you enter his coupon code you can get a discount). Though childless (as far as he’s aware), Chad does have a dog named Pumpkin that he calls his daughter, and this wee Maltese even has her own Instagram account with nearly 3,000 followers. He’s described himself as ‘obsessed’ with his dog but let’s be honest, what pet owner isn’t obsessed with their happy adorable bundle of fur?

While Chad had announced in June 2017 that he and model Zoe Baron were dating, either that’s been forgotten once he cleared the threshold of the Celebrity Big Brother house or she’s the kind of girl completely ok with an open relationship. Time will tell on that one but if there’s trouble in Chad’s paradise, there’s also probably a new reality show waiting in the wings to explore it. Rumours have his net worth at around $800,000 (£623,000) so whatever he’s doing both on and off camera, Chad must be doing it right!

What’s next on the horizon for Chad Johnson? As Celebrity Big Brother continues and the housemates dwindle, he stands a chance at being evicted and losing it all or staying and taking the prize. Then there’s his…special status with Sarah Harding, potential ties with Zoe Baron, and the ever-looming question, what about kids? Sarah’s confessed on-camera that she’s ready to settle down and start building a family but will it be with Chad? Could the third reality TV show be the charm for this all-American guy just trying to find love in all the high-ratings places? Chad hasn’t said yet. Still, even if things sour, he has his fame to fall back on and with 247,000 Instagram followers and 113,000 Twitter followers, that’s a lot of company.