When you think about boy bands in the 90s, one of the first groups that most people think about is the Backstreet Boys. They formed in Orlando, Florida in 1993 and became famous three years later for their catchy songs and awesome dance moves. The group is made up of Nick Carter, the pretty one, as well as Kevin Richardson, Brian Littrell, Howie D, and AJ McLean. Most recently, the boys are back again acting in movies, doing gigs in Las Vegas, and putting out a new album.

How Backstreet Boys Got Famous

The group of five originally started as three. AJ McLean and Howie D were singing buddies in Orlando Florida, and they found Nick Carter by auditioning musicians to become a trio. Other members Brian Luttrell and Kevin Richardson are cousins from Lexington Kentucky. Also having musical talent, the two performed at local shows in church choirs as children. Kevin ended up meeting Howie, AJ, and Nick through a coworker at Walt Disney World. Eventually, the infamous Lou Pearlman held an audition for a vocal group, which AJ and friends decided to try out for. Kevin got his cousin Brian involved, and the group was officially formed on April 20, 1993. The Backstreet Boys name was Lou Pearlman’s idea.

They start performing at a group of Sea world Orlando a month later, then moving to shopping malls, restaurants, and schools. They were almost signed by Mercury Records until a major recording artist of the label threatened to leave if they “got in the boy band business.” They were eventually signed to Jive Records after being scouted while performing at a high school.

They released a single in 1995 called “We’ve Got It Goin’ On” that barely hit the charts in the United States, but really caught on in Europe. The Backstreet Boys did not hit it big in the United States until their fourth single, Quit Playin’ Games With My Heart, was released in May of 1997. By that time, grunge and 90s alternative were being played less and less on mainstream radio, making room for pop acts like Hanson, the Backstreet Boys, and Britney Spears.

By 1997, BSB had already put out two albums and sued their former manager and label for lying about how much they would earn. They were touring around the world and preparing to record their third album in 1998 when they released the popular single I Want It That Way, which they performed on TRL the day Millenium came out. It ended up charting for 93 weeks and was certified platinum 13 times after selling an amount of copies that artists can only dream about now.

They went on to record 6 more albums, went on several world tours, went on hiatus, came back, Kevin Richardson left, Nick Carter started a solo career, and went on a joint tour with New Kids on the Block. Kevin rejoined them, and they had their 20th Anniversary Tour. In 2015, they released a Sy-Fy movie called Dead 7, and started work on their ninth studio album. In 2017, they started their Vegas residency show entitled Backstreet Boys, Larger Than Life. 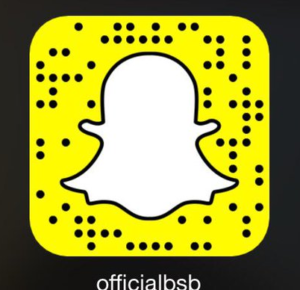 On June 13, 2013, the Backstreet Boys let their fan base know through their official group Twitter account that they had started a Snapchat account, prompting fans to ask “Is this real life?” Several members of the band also have their own individual accounts.

BSB has an official fan page with over 11 million followers, which you can join by clicking here. This gives fans access to all their latest tour dates and content. You’ll find photos and videos of live shows which are posted with some quality Backstreet Boys lyrical puns such as “All of our time spent in flashes of light – and we wouldn’t want it any other way!” On September 6th, they put up a hilarious response to Taylor Swift’s latest video. I recommend checking it out.
What is Backstreet Boys’s Instagram name?

As a group, BSB mostly posts promotional photos and videos on the pic sharing platform. They have 1.1 million followers on Instagram, and 1,485 posts. Occasionally they put up throwbacks to their We’ve Got It Going ON days, which is great when you’re feeling nostalgic for the 90s. Follow them by clicking here.
What is Backstreet Boys’s Twitter name?

You can join the Backstreet Boys on Twitter by clicking here. The group has 919K followers, and have tweeted over 16,000 times. They started their account in February of 2008. They don’t post much personal content on their group page, but it does include links to each member’s individual Twitter accounts if you’d like to see what they are up to.
What is Backstreet Boys’s YouTube Page?

The official YouTube page for BSB has over 1.6 million subscribers, but more importantly, it has all of your favorite old videos of the boys. YES, including Everybody (Backstreets Back.) Get on there. The channel includes tons of live videos, interviews, and newer official videos. They do go through long periods of not posting anything, but still have tons of great content.