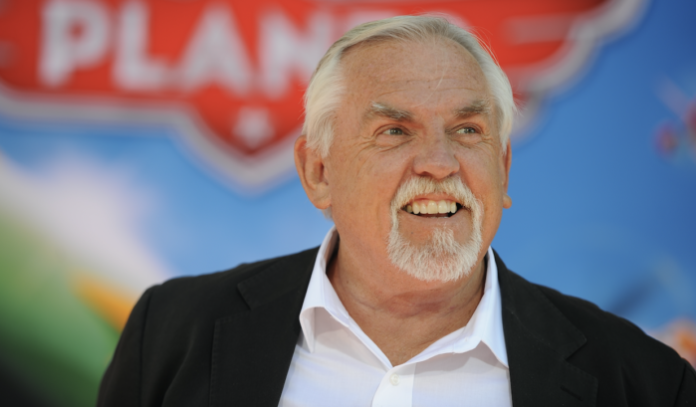 John Ratzenberger has had a fascinating career. Beginning with a few shows on the UK before making the jump to American television. His first big role was Cheers, which is the core reason I am writing this Net worth article on the guy. I watch Cheers every few years, as I write this I am half way through season 2 and having a great time, since this is the first season where Ratzenberger was a star, rather than a regular. He’s funny, funny enough to have remained in the spotlight for a few decades at this point. He has had a role, either major or minor, in every Pixar flick to date, and we all know how lucrative those films have been. When we combine that with his bit parts, his film roles and the incredible windfall that starring in a successful sitcom provides it is not much of a surprise to find that Ratzenberger is the wealthiest of the Cheers alumni.

So let’s take a look through Ratzenberger’s career, see where he made his money, and where he might be going in the future.

How Did John Ratzenberger Make His Money & Wealth? 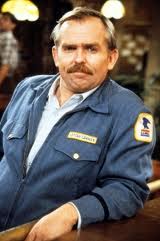 John Ratzenberger was born on April 6th 1947 in Bridgeport Connecticut. He attended the Woodstock Festival, as a tractor operator, and moved to London in 1971, where he first started acting. He worked in a number of local productions in the 70s, and even landed a few film roles back in his native US. His early TV work would be for the BBC, and with a number of credits to his name he was able to land a few recurring parts on TV in the States.

In 1983 he landed his most memorable role, that of Cliff Clavin in Cheers. He was not a main character at first, showing up in only seven of the first seasons episodes. He originally read for a minor character, called George, but the role went to George Wendt. The minor role would be expanded to Norm, a major character on the show. During the audition, when Ratzenberger realized that we would not likely get the part, suggested that they add a know-it-all character to the show. the producers loved the idea, and Cliff was born. I do not know if he got a creator credit for the character, but the minor role was soon expanded in the second season and beyond. Cheers was almost a footnote in the history of TV comedy, with the first season being a bit of a commercial flop. The Critics loved it though, and the awards the first season pulled in, along with the help of president of NBC’s entertainment division Brandon Tartikoff, made sure that we got a second season. Ratzenberger would star in every episode from season 2 on.

Seen as he was not a star for the first season, it is likely the pay packet was paltry to begin with. with his increased role in subsequent seasons, not to mention the money the show was pulling in, it is likely that he was hitting six figures by the end of the shows run. Ted Danson was hitting $500,000 by season 10 so it is safe to assume at least $100,000 for the other actors. Cheers is an enduring show, and to this day the former stars of the show get a check in the mail, so it is still paying dividends for the actor. His film work has paid well too, with him having a major supporting role in the Toy Story series. He is set to appear in the forth coming Toy Story 4 as well, so another huge payday is on the way for John Ratzenberger.

In addition to his film work he also founded a company that developed a biodegradable alternative to packaging peanuts, he later sold the firm for an undisclosed, but no doubt huge, sum. Last year he launched the Giftbox company, an online storefront that sells boxes of random stuff on a monthly basis, like loot box, but not gaming focused.

Overall, with his fine body of film work, and the fact that he is still in demand, combined with his business work it is no surprise that he is sitting pretty at the top of the pack.

John Ratzenberger has been married twice, first to Georgia Stiny in 1985. The couple divorced in 2004. He is currently married to Julie Blichfeldt. The pair wed in 2012.

Where is John Ratzenberger from?

Why did John Ratzenberger and George Wendt go to court in 2000?

The pair played best TV pals Cliff Clavin and Norm Petersen on Cheers. They were seeking ownership fo the characters, claiming that they created them, in order to use them in advertisements. I looked into this, and there is some truth to the concept. Norm was originally called George and only had one line and Cliff didn’t exist until Ratzenberger suggested they write a bar know it all character. The case was thrown out of the supreme court, and to this day Paramount owns the characters, and all things Cheers related.

Is John Ratzenberger a Karate Master?

He is not, but when he was last registered he had the rank fo Red belt, which isn’t bad.

Who many Pixar films has John Ratzenberger appeared in?

Short answer, all of them. He plays key roles in about half, but he has shown up in some capacity in every Pixar produced flick to date.

Was John Ratzenberger in Star Wars?

He was! John Ratzenberger showed up in Empire Strike Back playing a human rebel soldier called Bren Derlin. His trading card includes a reference to Cheers, noting that at the Mos Eisley Cantina, everyone knows his name.

Why did John Ratzenberger sound so weird in Gandhi?

He had few lines in the film, but it is still jarring to hear that voice come out of John Ratzenberger. He is dubbed over by Martin Sheen. Funny, considering that he is widely known for his VA work these days.