Luke Hemmings’ Snapchat Name – What is His Snapchat Username & Snapcode? 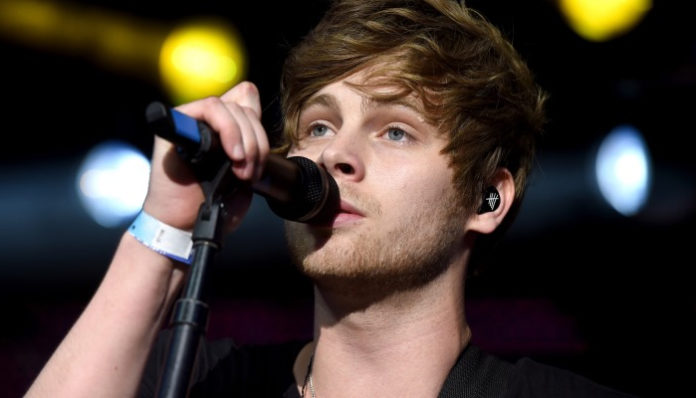 A talented musician, Luke Hemmings is best known for being the lead vocalist and guitarist for 5 Seconds of Summer. Before the boys even got together as a group, he regularly uploaded cover songs onto Youtube, where he had a decent following. It wasn’t until later on, after they had decided to perform music together on his channel that they decided to form a band. Signing with Capitol Records, they rose to fame with the release of their hit single, She Looks So Perfect in 2014.

Born on July 16, 1996 in Australia, Luke Hemmings was raised in Sydney with his two brothers, Jack and Ben. Growing up, he listened to a variety of music- one of his favorite acts being that of Good Charlotte. Inspired by their work, he eventually started a Youtube channel on which he shared a number of covers- mostly acoustic renditions of popular songs. His first upload, a cover of Mike Posner’s Please Don’t Go was uploaded on February 13, 2011.

From there, he eventually started to collaborate with fellow classmates Calum Hood, and Michael Clifford, posting various cover songs that they’d performed together onto his channel. With the addition of drummer Ashton Irwin a few months later, their line up was complete. As they continued to share their work online, they began to attract attention from a few music labels. Landing a publishing deal with Sony, the crew released their debut EP, Unplugged in 2012. Despite minimal promotion, it ended up reaching number three on iTunes chart in their native Australia.

As more and more attention fell on the boys, Hemmings’ popularity as a member of the group also went up.

On February 21, 2014, 5 Seconds of Summer released the single, She Looks So Perfect, which was taken from their forthcoming album at the time. A smash hit, the song propelled the band to a new level of fame, having entered the Australian Singles Chart at number three. In the United States, it also peaked at number 24 on the Billboard Hot 100 and number 19 on the Mainstream Top 40; elsewhere, the single also charted in Ireland, New Zealand, the UK, Spain, Canada, among many other countries.

The winner of an ARIA Award for “Song of the Year”, She Looks So Perfect has since gone 3x platinum in Australia and 2x platinum in the United States.

Prior to the release of their debut album, another single- Don’t Stop was made available. Produced by Steve Robson, who also helped to co-write the song, it garnered many positive reviews from critics- for instance, Digital Spy awarded the record with a four star rating. Though not as successful as She Looks So Perfect, it still managed to reach as high as number three on the Australian Singles Chart; in the United States, it also peaked at number 47 on the Billboard Hot 100.

On June 27, 2014, they released their self-titled debut album, 5 Seconds of Summer in Europe (it was later made available in the United States in July). Preceded by two singles, the project consisted mostly of power pop, pop punk, and pop rock sounds. Produced by Louis Biancaniello, Joel Chapman, and John Feldmann, twelve tracks were included in the play list including She Looks So Perfect, Everything I Didn’t Say, English Love Affair, and End Up Here.

Upon its release, the album entered the Billboard Top 200 at number one with 259,000 first week sales. In their native Australia, it also reached the top of the ARIA Albums chart. In total, 5 Seconds of Summer had charted at number one in over a dozen countries including Ireland, Italy, Denmark, Portugal, Spain, Scotland, and Canada, among others.

Another hit, the album charted at number one in their native Australia as well as in the United States, where it sold over 192,000 copies within the first week. Elsewhere, Sounds Good Feels Good also enjoyed time on the charts in Belgium, France, Italy, Ireland, Hungary, Portugal, Spain, among other countries. As of 2017, over one million copies have been sold around the world (~500,000 of which are in the US).

Awards Received by 5 Seconds of Summer 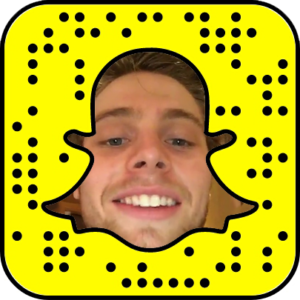 Why not follow him on Twitter? You can find him on the site over at @Luke5sos- his follower count has already broken the 9 million mark!

Like most celebrities, he’s also on Instagram- you can take a look at his official account at @lukehemmings, where he’s already got himself over 6 million fans.

Though it hasn’t been updated in a while, you can stream many of his videos over at @hemmo1996. As of 2017, his channel has already amassed over 169,000 subscribers (and counting).