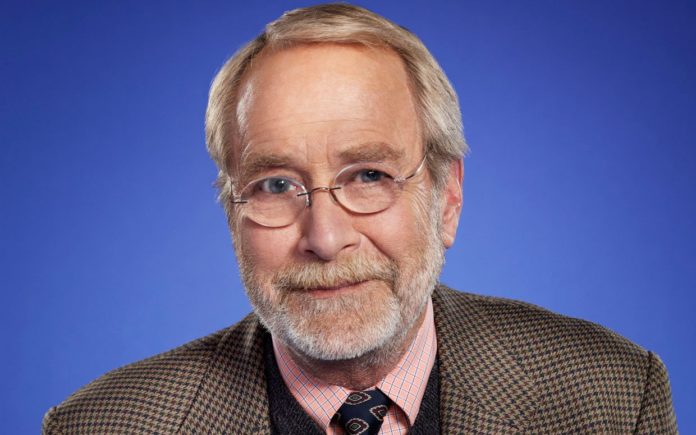 I adore Martin Mull. He has been in the business for a long time, turning his hand to a variety of artistic pursuits. He is an accomplished painter and musician, a fine comedic actor, and even dabbled in writing on a number of occasions. I know him best from Sabrina The Teenage Witch, which I watched a hell of a lot of when I was a kid, and more recently Arrested Development, where he plays PI Gene Parmesan. He excelled in both roles, but the reason I get to talk about him today is due to his performance on Roseanne, beginning in the shows third season and running right the way to the final. He has been working in the business for decades though, getting his start in the mid seventies, so there is a lot to get through here. What I find interesting is that despite a career spanning decades he never really broke out and became a huge star, I mean, we all know the guy, but a life of recurring roles and guest starring credits does not pay as well as you might think. Don’t get me wrong, he’s loaded, but not as loaded as I imagined when his name came down to me.

So let’s dig in, take a long look at his life and career and see where his money came from.

How Did Martin Mull Make his Money & Wealth?

Martin Mull was born on August 18th 1943 in Chicago Illinois. His father was a carpenter, and his mother Betty Mull, was an actor and director. His family moved to New Canaan Connecticut in 1958, where he graduated high school. He pursued a degree in Art, and BA and Masters in painting. Painting was his first main interest, and to this day he still paints, taking part in numerous exhibits and solo installations over the years. But he is best known for his on screen performances as an actor.

He got his start in 1976, paying Garth Gimble in the absurdist soap opera Mary Hartman, Mary Hartman. The show was a minor hit, but the lead actor left after the first season ended. It was re-branded as Forever Fernwood and continued without her involvement. The show spawned a spin off, Fernwood 2 Night, a fictional talk show hosted by Barth Gimble, twin brother to his character on Forever Fernwood, which then went national, named America 2 Night. By the end of the 70s he was in demand, and showed in in a number of TV shows and films.

The early eighties were a tumultuous time for the actor, due not to his talents, but as a result of personal problems. he has been married three times, and during each relationship his career suffered. You can actually chart it, running with the years he was married to the years he was divorced next to his on screen credits. It wasn’t until a few years into his third marriage that he settled down and started appearing again. For much of the late 80s he was focusing on other projects.

In the early nineties he was cast in a number of films, but the biggest role he would land would be on the blue collar sitcom Roseanne. He played Roseanne’s boss, Leon Carp. An openly gay character who served as a foil for the title character. His tenure on the show would prove to be enduring, as he showed up in every season from 3 onward. Roseanne proved to be a real jumping off point for his latter day career, as he has not had a gap in his acting schedule since.

The late nineties/early 2000s brought hits like Sabrina the Teenage Witch, The Ellen Show, Arrested Development, American Dad and even a few high profile guest spots on Family Guy and The Simpsons. The majority of his income comes from his acting career, with guest stars and recurring roles on big shows like Roseanne pulling in $65,000+ per episode. With 46 credits to Martin Mull’s name for the show that is a sizable base. He produces music, having written a minor hit in his early days, and releases records to this day. His painting career, while not as lucrative as his acting career, provides a unique third strut to his income. When we factor in the pair of divorces, it makes sense that his net worth is as low as it is.

Martin Mull has been married three times. First in 1972 to Kristin Johnson, they divorced childless in 1978. Then to Sandra Baker from 1978 to 1981 and finally to his current wife, and mother of his daughter Maggie, singer Wendy Haas.

Where is Martin Mull from?

Martin Mull is from Chicago Illinois.

Was Martin Mull a songwriter for Warner Bros records?

He was, back in the late sixties. He penned only one minor hit, a parody of Johnny Cash’s hit A Boy Named Sue called A Girl Named Johnny Cash. The song peaked at 61.

Who said “Writing about music is like dancing about architecture”?

Elvis Costello claims that the moderately well known phrase came from Martin Mull. I have not been able to confirm this is the case, but seen as he was a comedy musician back in the seventies this does sound about right. Back in the old days he opened for a number of high profile artists, like Frank Zappa, Randy Newman and Bruce Springsteen.

Is Martin Mull really a painter?

He is, and a fine one at that. He has a BA and Masters in painting from the Rhode Island School of design, and his work has been featured in a number of installations. He took part in the 1971 Flush with the Walls protest exhibit in the men’s room of the Boston Museum of Art, protesting the lack of local and modern talent on display there. He published a book of his paintings in the mid nineties, and several of his works have been used for book covers and album art.