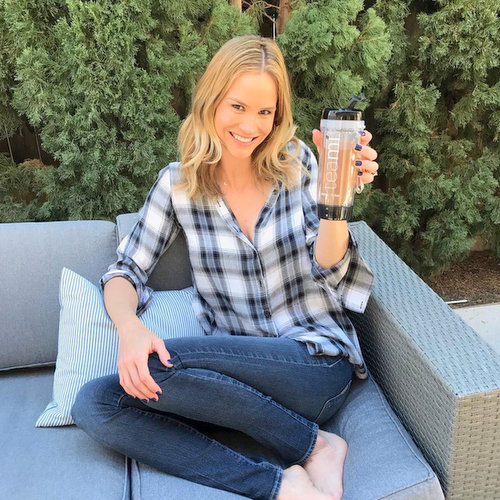 A lot of people romanticise ‘the old days’ when they claim life was simpler and everything was easier with no one worrying about anything. In this past-that-never-was, women had children and stayed home caring for them while men went to work in the high stakes world of sales and marketing. Fortunately for us, Meghan Edmonds lives right here in the present, showing the world that one can be beautiful and stylish while being a mother and delivering on that million dollar deal in the boardroom. From humble beginnings to the fast-paced superhighway of sales to finding love (and the dress!) to rolling with the debutantes of reality TV, Meghan has done it all with ease. What the’s secret behind her success? Could anyone follow her example and truly have it all? Let’s dive in and dish on the life behind the lady.

How Did Meghan Edmonds Make Her Money & Wealth? 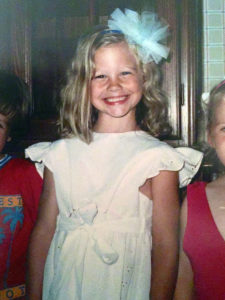 Born Meghan O’Toole King on September 26, 1984 in St. Louis, Missouri, she was one of four children and each was destined for greatness. Brother RJ King is a sought-after model, Julie King is a professional soccer player for the Boston Breakers, and Caitlin O’Toole King is known for her own stint in reality TV on The Amazing Race. The siblings were always very close and always very driven, striving for the best in everything they put their mind to and fit in perfectly with their large, close-knit family. Meghan was especially driven and after graduating high school, she enrolled at the University of Mississippi School of Business Administration, graduating in 2007 with a bachelors in marketing. Full of energy and ideas, she returned to St. Louis and hit the ground running, starting her career in medical software sales, working for a pathology software company. Sales weren’t the only things heating up for Meghan in 2007, as she wed attorney Brad McGill but the two split in 2011, citing “irreconcilable differences”.

Meghan loves nothing more than kicking back and having fun but is no slouch when it comes to getting the job done. Her hard work took her up in the world to account representative first for AG Industries and then Sunquest Information Systems. Soon it wasn’t just about her work, as Meghan had started dating former baseball player Jim Edmonds, and as she told StepMom Magazine, “I never imagined I’d fall for him so fast!” Their engagement marked the first time she got a glimpse of the reality TV spotlight when the two appeared in season 12 of TLC’s Say Yes to the Dress. Showing true class, Meghan showed up knowing exactly what she wanted with her own budget in mind (a very modest budget too!), and got a sheer neckline dress that looked drop-dead gorgeous without any of the drama that usually turns up on the show. Wed in St. Louis in October of 2014, she wasn’t ready to just take a backseat and live the easy life of a housewife! In 2015, Meghan launched her Hashtag Hats to help raise money for colorectal cancer and has worked with 3Strands Global to raise funds for the global fight against human trafficking. This was hardly surprising, given that she’d become close friends with Jim’s ex-wife LeAnn Edmonds Horton, who died of the disease in 2015.

The real adventure was just starting, however, as Meghan appeared as a guest in season 9 of The Real Housewives of Orange County (one of the original iterations of the franchise), joining the cast in season 10 in 2015. Down for all the drama but still not willing to put up with anyone’s nonsense (Meghan’s tagline is, “can handle a baby, and women who act like one,”) as she balances her work, her relationship with her four stepchildren, and brand-new baby Aspen. Still around as season 12 airs, it’s anything but quiet in Orange County but we’re sure Meghan will come out on top! Now a brand ambassador and director of sales for Sweat Cosmetics and with a growing social media presence, it seems there’s nothing she can’t do. 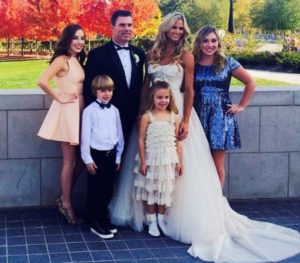 Meghan married Jim Edmonds in October 2014 in St. Louis and she broke one of her most important ‘personal rules’ when she did it. Jim, who is 15 years her senior, has four children from two previous marriages. As she shared on The Real Housewives of Orange County, she had several rules governing who she would date and two of there were no older men and no men with children. Jim Edmonds was both someone different and someone special and Meghan found herself falling for him, hard! Still, their family is non-traditional and it took a bit of a learning curve for her in how to deal with children, especially children who might harbour bad feelings towards their new stepmom. It’s not always smooth sailing but as Meghan told StepMom Magazine, parenting isn’t easy even for biological parents. With the addition of wee Aspen, the family is almost big enough to form their own baseball team with Jim as the coach!

Did Meghan go to college?

Where does Meghan live? 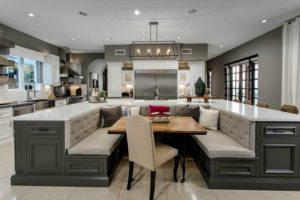 In one of the most amazing houses in Orange County, of course! Baby Aspen has her own nursery centred around a cutie circular crib while most of the rooms are done in soothing natural colours emphasising desert or mountain themes. Hey, why not feel like you’re on holiday all the time? The kitchen needed a bit of work, but after the three-sided island with an enclosed breakfast nook for enjoying a hard-cooked meal, it’s looking pretty great. The master bedroom is plush and luxurious, the perfect place to kick off the shoes after a long day (and with a walk-in shoe closet, that’s even easier!). Framed photos of stepchilden, siblings, and extended family grace the walls and the side yard features rustic stone tiling and a matching garden set for those late nights entertaining with wine and noshes under the stars. Meghan designed each room herself and her flair for interior design and fashion really shines through.

What does Meghan REALLY think about Kelly Dodd? 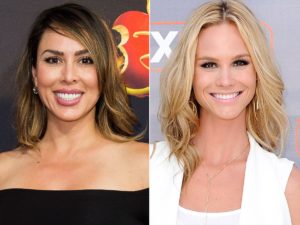 Recently, Meghan let slip that she wishes she hadn’t brought Kelly into the The Real Housewives of Orange County fold due to that nasty streak of hers that sometimes likes to come out and play. Once friends, as the seasons have passed, the two have become anything but! Kelly has accused her of keeping the feud going even though she’s the one who first took things to that hostile place and everyone knows it takes two to tango. Meghan had previously warned Kelly not to let herself be manipulated and become someone else’s pawn so maybe she’s a wee bit salty to see Kelly ignore that sound advice? Hopefully cooler heads will prevail but then again, it’s reality TV so the viewing audience might be hoping for the opposite.

From the simple dreams of a future businesswoman to bright lights of Bravo! Network, Meghan Edmonds has certainly done well for herself. A high-paying job, beautiful family and charming husband, not to mention a jaw-dropping house and fame and fortune, what could possibly be next for Meghan? With 123,000 followers on Twitter and 663,700 followers on Instagram, she’s a woman who knows how to handle social media with the savvy of a branding master. No matter what else goes down on The Real Housewives of Orange County or in the ‘real world’, look for Meghan Edmonds to take life by the collar and not let it go until she’s got what she wants from it.