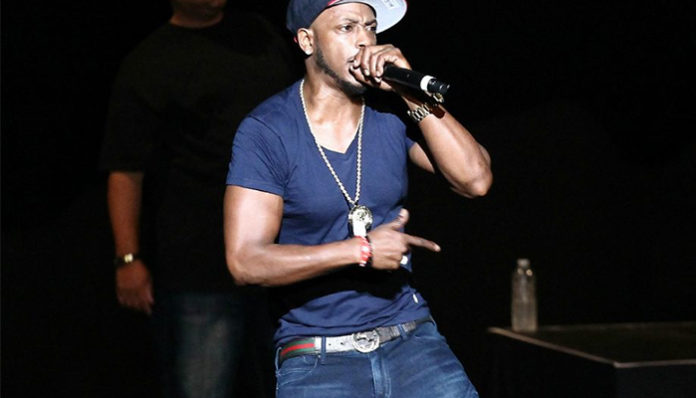 Based in New Orleans, Mystikal entered the hip hop scene with his self-titled debut album in 1994. Into rap ever since his teens, he played around with rhyming for many years before landing a contract with Big Boy Records in his early twenties. Some of his early hits include Ain’t No Limit, Y’all Ain’t Ready Yet, and That’s the Nigga. In 1998, he also contributed to the platinum track, Make ‘Em Say Uhh!.

As he continued to push out new releases, the emcee quickly rose in fame. Since then, the rapper has dropped five studio albums, two compilation albums and twenty five singles- many of which have reached the record charts. His most successful album to date, Let’s Get Ready has since gone platinum twice in the United States, with over two million domestic sales. An established artist, it’s not surprising to know that he already has himself hundreds of thousands of fans across the globe.

How has his career played out? How wealthy is the rapper? According to sources, Mystikal currently has an estimated net worth of $3 million. Where did he earn his money from? Let’s take a closer look at his achievements over the years.

How did Mystikal Make His Money and Wealth? 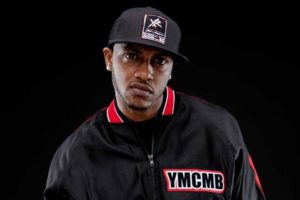 Born on September 22, 1970, Mystikal (Real Name: Michael Lawrence Tayler) was raised in New Orleans, Louisiana, where he and his family had moved to when he was young. As a teen, he not only enjoyed breakdancing but also toyed around with rapping under the name, “Mystikal Mike.” A student at Cohen High School, he held an interest in science- more specifically, astronomy. Following his graduation, he enlisted in the US Armed Forces where he served as a Combat Engineer in the Gulf War.

During his time in the Army, Mystikal enhanced himself by taking both business and psychology classes. Having said that, much of his spare time went towards performing rap in clubs. Following his discharge, he returned to New Orleans where he worked as a security guard in the Carrollton Shopping Centre. As it played out, one of his contacts from before he went into service eventually invited him to open for Doug E. Fresh and Run-D.M.C.’s outdoor concert.

Not only did he blow the crowds away with a stunning performance of Not That Nigga, but he later managed to snag a recording contract by Big Boy Records, after the label’s house producer heard his rap as a member of the audience.

In the summer of 1994, Mystikal released his self-titled debut album via Big Boy Records. Produced by Leroy Edwards, the independent release contained ten tracks including That Nigga Ain’t Shit!, Smoke Something, Y’all Ain’t Ready Yet, Mr. Hood Critic, and Dedicated to Michelle Tyler. A considerable success, it garnered him some degree of attention in the hip hop circuit.

Later signing to Jive Records, the rapper released Mind of Mystikal in 1995, which was a re-release of his debut album. Generally well received, the project included a few additional titles such as Here I Go, and Beware, and Never Gonna Bounce (The Dream). Chart-wise, the album reached number 103 on the Billboard Top 200 and number 13 on the Top R&B Albums. Within three years, it had sold over 500,000 copies in the United States, earning it gold certification from the RIAA.

Two years later, Mystikal dropped his second studio album, Unpredictabe. His first release with Jive and No Limit Records, its production was handled primarily by Master P and Beats By the Pound with contributions from Studio Ton, Rick Rock, and DJ Darryl. A mix of hardcore and Southern hip hop, several tracks featured guest appearances from artists such as Snoop Doggy Dogg, B-Legit, Sons of Funk, O’Dell, and Mia X, among others.

Generally well received, Unpredictable boasted seventeen tracks including We Got the Clout, U Can’t Handle This, The Man Right Chex, Dick on the Track, Sleeping’ With Me, 13 Years, and Born 2 Be a Soldier. A decent hit, the album eventually charted at number three on the Billboard 200 and number one on the Top Hip Hop Albums. Within a few months time, it had gone platinum in the US.

Then in 1998, Mystikal released his next album, Ghetto Fabulous. His final record with No Limit, it proved to be another success in the United States, having reached the top of the Hip Hop Albums chart and number five on the Billboard Top 200. Some highlights from its playlist include: Stack Yo Chips, Respect My Mind, I Smell Smoke, Let’s Go Do It, Round Out the Tank, Dirty South Dirty Jerz, and The Stick Up. His second album to go platinum, it went on to spawn the charting single, That’s the Nigga.

Two years later at the peak of his career, the rapper released his best-performing album to date, Let’s Get Ready. Produced by The Neptunes, Earthtone III, The Medicine Men, and Leroy Edward among others, it entered the Billboard Top 200 at number one, with over 330,000 sales in the first week; eventually, the album also reached the top of the Billboard R&B/Hip Hop Albums chart.

Lauded by the majority of critics, Let’s Get Ready featured seventeen titles including Come See About Me, U Would If I Could, Ain’t Gonna See Tomorrow, Ready to Rumble, Neck uv da Woods, and The Braids. Responsible for spawning two of his biggest singles, Danger (Been So Long), and Shake Ya Ass, the album has since gone double platinum in the United States.

Following his big break, Mystikal released his fifth album, Tarnatula in December 2001. Considered by many to be an improvement over his previous album, it sold 153,000 copies in the first week at number 33 on the Billboard Top 200. Nominated for two Grammy Awards (e.g. Best Male Rap Solo Performance and Best Rap Album), it garnered stellar reviews from many publications such as Entertainment Weekly, and HipHopDX.

Among its track listing were the numbers, Settle the Score, Big Truck Driver, Smoke One, That’s That Shit, The Return, and I Get It Started. Though it didn’t manage to surpass Let’s Get Ready in terms of sales, the album did go on to receive gold accreditation from the RIAA.

On top of his solo albums (which yielded him a decent amount), Mystikal has appeared as a featured artist in the works of several acts including RBL Posse, Master P, Silkk the Shocker, Naughty By Nature, and Mariah Carey. Some of said songs include Live or Die, Woof, Don’t Stop (Funkin’ 4 Jamaica), Make ‘Em Say Uhh!, It Ain’t My Fault, and How We Comin’. In addition to that, he’s also made guest appearances in the tracks of Ol’ Dirty Bastard, Fiend, Mia X, Soulja Slim, Kane & Abel, Duggery, Big Ed, among numerous others.

As expected from such a popular artist, Mystikal has  hit the stage numerous times over the past years. For instance in 2016, he embarked on a tour which saw him performing at over 40 different venues across the United States. As for more recent shows, the rapper recently performed at a number of cities from Jackson, MS, to Albany, GA this year. Unfortunately, it does not look like he has any upcoming concerts scheduled for later this year.

Online, Mystikal also receives a stream of passive income from his Youtube channel. Since he first launched his account in 2009, he has amassed over 50,000 subscribers with more than 29.1 million video views. Given that he’s joined Google’s partnership program, he’d earn upwards of a few dollars for every 1,000 ad views.

Currently it is estimated that the rapper has a net worth of $3 million. From what we’ve said above, it’s highly likely that he earned the majority of his fortune from his records- especially those at the peak of his career towards the late 90’s. Aside from that, it’s presumed that he also makes a decent amount from putting on concert shows throughout the year.

No, from what we can tell, Mystikal is not married. In fact, it’s currently unknown whether or not he’s in a relationship.

At one point in the past however, he dated a woman by the name of Tedra whom he was very close to.

Does Mystikal have Any Children?

Did Mystikal Go to College?

No, he did not go to college. Upon completing high school, he served in the Gulf War as a member of the United States Armed Forces. Following his discharge, he got involved with rap full-time.

Where Did Mystikal Get His Stage Name From?

His current stage name stems back to his teenage days when he used to rap and rhyme under the moniker, “Mystikal Mike.”

Where Does Mystikal Live? Pictures of Mystikal’s House

Mystikal currently resides in his hometown of New Orleans, Louisiana. At this time, we do not have any further details on his location.

What Kind of Car Does Mystikal Drive?

Unfortunately, we do not have any information on Mystikal’s vehicle at this time.

One of the most popular rappers of the late 90’s, Mystikal has released over 30 records since his official debut in 1995. An established artist, all five of his studio albums have gone on to receive RIAA certification- the most successful being that of Let’s Get Ready.

As far as singles go, ten of his tracks have managed to snag a spot on the US music charts. In 1998, Mystikal was also featured in Master P’s hit song, Make ‘Em Say Uhh!, which ended up going platinum in the United States

Last month, Mystikal reportedly surrendered himself to authorities after being sought out by police for a sexual assault charge. According to reports, the incident is said to have happened in October of 2016 in a downtown Shreveport casino. Since then, he has been charged with one account of first degree rape; a bond has been set at $2 million.

How Much Did Mystikal Make Last Year?

We do not have any information on Mystikal’s 2016 earnings at this time.

Though he hasn’t released any new material lately, he did put on several concerts this past year as mentioned above. To stay on top of what’s going on around the rapper, be sure to follow him on social media if you haven’t already done so.