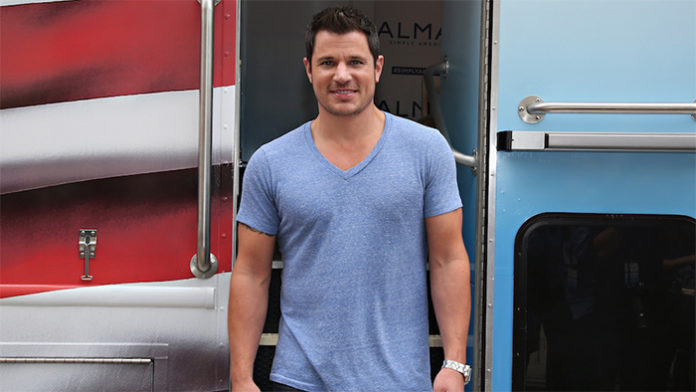 A singer and actor, Nick Lachey is perhaps best known for being the lead vocalist of the boy band, 98 Degrees. Originally from Kentucky, he studied at the School for Creative and Performing Arts in Ohio before kick starting his music career in 1997.

After completing their lineup, they signed with Motown Records, whom they’d passed one of their demo tapes to. Later that year, Nick and the group released their debut album, 98 Degrees which garnered a considerable amount of attention. In 1998, they dropped their first platinum track, Because of You. Following a decade long absence from the music scene, the band returned with a new album, 2.0 in 2013.

In addition to his work with 98 Degrees, Nick has also come out with a handful of solo albums over the years. Some of said titles include SoulO, What’s Left of Me, A Father’s Lullaby, and Soundtrack of My Life, one of which has since gone gold in the United States.

How has he been doing recently? Has his success carried onto the recent years? For those who are curious, Nick Lachey currently has an estimated net worth of $20 million. From what did he make this amount from? Let us take a closer look.

How did Nick Lachey Make His Money and Wealth? 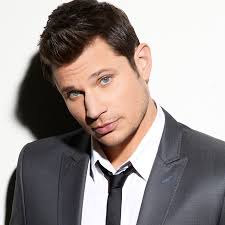 Born on November 9, 1973 in Harlan, Kentucky, Nick Lachey (Real Name: Nicholas Scott Lachey) is the son of John and Cathalyn Lachey. Growing up in a suburb of Ohio, he went to Clovernook Elementary School after which he studied at the School for Creative and Performing Arts, a magnets art school in Cincinnati. Following his graduation, he continued his education at the Miami University in Oxford briefly, before transferring to the University of Southern California in 1992.

Ultimately, it was during his university days that Nick decided to pursue a music career. Befriending Jeff Timmons, the two eventually flew to Los Angeles together after hitting it off. Deciding to form a boy band, they enlisted the help of two others, Justin Jeffrey and Nick’s younger brother Drew, after which the line up was complete. After much contemplation, the group decided on the name, 98 Degrees- a reference to both their music and body temperature.

Drawing inspiration from other acts such as Take 5 and Boyz II Men, the quartet headed off to Los Angeles where they attended a number of auditions. With a little bit of luck, they were eventually offered a record deal with Motown Records.

As you can probably imagine, Nick’s initial earnings came from his work with the group. In 1997, 98 Degrees released their self-titled debut album. Recorded between a number of studios, it gave rise to several tracks including Heaven’s Missing an Angel, I Wasn’t Over You, I Wanna Love You, Come and Get It, Invisible Man, and Hand in Hand. A decent success, the album eventually made its way to number 145 on the Billboard 200.

A year later, they band hit it big with, Because of You– a single that ended up going platinum in the United States. Shortly afterwards, their second album, 98 Degrees and Rising was made available on October 20, 1998. A mix of hip hop, pop and soup, its production was handled by Keith Thomas, Trackmasters, Jerry Wonda, Anders Bagge, and a few others. In addition to the above mentioned record, the album also gave rise to True to Your Heart, The Hardest Thing, and I Do (Cherish You), all of which were major successes.

More successful than their debut album, 98 Degrees and Rising made its way to number 14 on the Billboard Top 200. Elsewhere, it also charted at number 27 in Australia, number 24 in Canada, and number 33 in New Zealand. To date, over four million copies have been sold in the United States.

Following a Christmas-themed album in 1999, the boy band came out with their third title, Revelation in the fall of 2000. A blend of R&B and pop, the project boasted thirteen tracks including My Everything, You Should Be Mine, The Way You Do, Never Giving Up, Stay the Night, Dizzy, and The Way You Want Me To, most of which featured Nick on lead vocals.

Upon its release, the album entered the Billboard Top 200 at number two with over 270,000 copies sold in the first week. The group’s best charting album, Revelation later also charted in Japan, Australia, and Canada. According to Nielsen Soundscan, more than 2.5 million units have been sold in the US alone since then.

Thirteen years later, 98 Degrees regrouped for their fourth album, 2.0, which was released on May 7, 2013. Made available through eOne Music, thirteen titles were introduced including Can’t Get Enough, Agree on Goodbye, Take the Long Way Home, No Part of You, Impossible Things, and Lonely. On the music charts, it reached number 65 on the Billboard 200.

Aside from the two that they’ve headlined, the band had also taken part in the All That Music and more Festival in 1999. More recently, they were also featured in New Kids on the Block and Boyz II Men’s 2013 Package Tour and in the 2016 My2K Tour.

Like many artists, Nick has since also embarked on a solo career. In 2003, he released his debut album, SoulO through Universal Records. Produced by Gary Baker, Walter Afanasieff, Trina Harmon, among others, it gave rise to Edge of Eternity, It’s Alright, Think I’m Losing You, I Fall in Love Again, Let Go, and Carry On as well as This I Swear and Shut Up, both of which were released as singles. As of 2017, over 171,000 copies have been sold in the US.

Three years later, his second solo album, What’s Left of Me was released through Jive Records. Preceded by the single What’s Left of Me, the project has since sold over 500,000 copies in the US, earning it gold certification from the RIAA. Nick’s most successful album to date, it reached as high as number two on the Billboard Top 200.

Following a pro-longed break, he returned to the music scene with his third album, A Father’s Lullaby in 2013. It was later followed by Soundtrack of My Life, a collection of cover songs in 2014.

On top of his music career, Nick has also made himself known on television. For instance in 2003, he starred in the reality show, Newlyweds: Nick and Jessica with his ex-wife. Some of the other reality titles that he’s since appeared in include The Sing-Off, Stars Earn Stripes, The Winner Is, and Clash of the Choirs.

Most recently, he also competed in season 25 of the ABC dancing competition series, Dancing with the Stars. Another opportunity for him to rake in the earnings, he’d easily earn upwards of $345,000 should he make it to the final three.

As far as acting roles go, Nick made his debut in an episode of American Dreams in 2004. From there, he appeared as a recurring role in Charmed, after which he made a couple of guest appearances in I’m With Her and Hope & Faith.

Currently, it is estimated that the 43-year-old star has a net worth of $20 million. From everything that’s been said above, it’s clear that a significant portion of this came from his successful career with 98 Degrees in the late 90’s and early 2000’s. On top of that however, he also rakes in a considerable amount from his solo music and television career.

Considering his popularity in the show biz, we don’t foresee his net worth dropping anytime soon.

Yes, the singer is married to actress Vanessa Minnillo. After meeting each other during the filming of one of his music videos, the two started to date in 2006. Though they separated briefly in 2009, they got back together in 2009 and were engaged by 2010. They later tied the knot on Necker Island in July 2011- the wedding itself was televised on TLC.

Prior to this, Nick was married to singer Jessica Simpson from 2002 to 2006. Their divorce was publicized worldwide in the summer of 2006.

Does Nick Lachey Have Any Children?

Did Nick Lachey Go to College?

Yes he did. After completing his studies at the School for Creative and Performing Arts in Ohio, he went to Oxford where he attended Miami University. A few years later, he became a student at the University of Southern California.

Last summer, Nick and Vanessa purchased a $4.15 million mansion, after listing their previous home for $3.995 million. Built in 1999, the 9,785 square foot property sits on four acres of land inside an exclusive gated community in Encino, California.

A luxurious abode, it not only includes ten bathrooms, and seven bedrooms but also features a gourmet kitchen, a dedicated home office as well as 18-foot ceilings.

As expected from such a upscale property, it also comes complete with a private hiking trail, a personal swimming pool, a spa, as well as a waterfall.

What Kind of Car Does Nick Lachey Drive?

We do not have any information on Nick Lachey’s vehicle at this time.

A successful singer and actor, Nick Lachey has sold millions of records altogether over the past years.

As a solo artist, Nick has won two Teen Choice Awards- one for Choice Red Carpet Fashion Icon and another for his song, What’s Left of Me. That same year, he was also nominated for an MTV Video Music Award, and an American Music Award.

How Much Did Nick Lachey Make Last Year?

As mentioned earlier, the singer is currently starring on the 25th season of Dancing with the Stars. Premiered on September 17, 2017, he is partnered up with professional dancer, Peta Murgatroyd. Some of his fellow competitors include Derek Fisher, Jordan Fisher, Barbara Cocoran, Frankie Muniz, and Terrell Owens, among others.