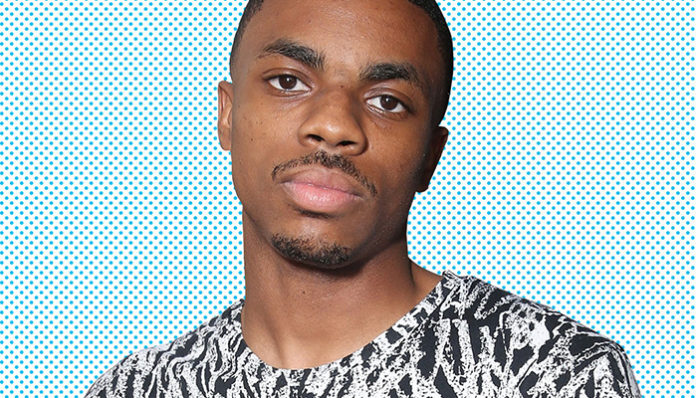 From Long Beach, California, Vince Staples released his debut mixtape, Shyne Coldchain Vol. 1 in 2011. As it happened, his music career kicked off after he was featured in a few of Odd Future’s tracks in the late 2000’s. Though they didn’t intend to be a rapper originally, the experience ultimately drove him to pursue a music career.

At the age of seventeen, Staples made his official debut with the mixtape, Shyne Coldchain Vol. 1. Shortly afterwards, he followed up with Winter in Prague, which was a collaboration with American record producer, Michael Uzowuru. Since then, the rapper has come out with two additional titles, Stolen Youth and Shyne Coldchain II in 2013 and 2014 respectively.

As far as studio albums go, he released his first, Summertime ’06 in 2015. More recently this summer, Staples dropped his second album, Big Fish Theory, which went on to become a hit in multiple countries. With that, his popularity has only continued to soar over the past few months.

How wealthy is the twenty something year old? According to sources, Vince Staples currently has an estimated net worth of $4 million. What are some of his biggest money makers? Let’s take a look.

How did Vince Staples Make His Money and Wealth? 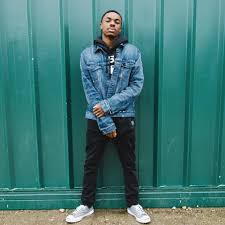 Born on July 2, 1994 in Compton, California, Vince Staples was raised in North Long Beach with his four siblings. Growing up in poverty, the family often struggled to stay afloat during his childhood. Possibly due to this, he got himself involved with gangs while still in grade school. A student at Optimal Christian Academy, he later went to high school briefly in Atlanta, Georgia, where he stayed with one of his sisters.

At the age of fifteen, Staples was discovered by Chuck Won and Dijon Samo. Invited to Los Angeles, the teen soon befriended Odd Future, a LA-based hip hop collective; in particular, he became close to Earl Sweatshirt and Mike G. From there, he was invited to make a few guest appearances on their songs- ultimately, it served as his first musical venture. Though he never had any intentions of becoming a rapper, the experience soon persuaded him otherwise.

The following year, he came out with the collaborative mixtape, Winter in Prague with Michael Uzowuru. Another self-release, it contained ten titles- two of which featured guest appearances from Two Scale Cartel and SK Laflare. Some highlights from the track list include Mattress, Black Oprah, Traffic, Matlock, Waterpark, Twitch, and Winter in Prague. As of 2017, the project has already been played tens of thousands of times online.

His next release, Stolen Youth was made available on June 20, 2013. A collaboration with American rapper Mac Miller, it featured several guest artists including Joey Fatts, Da$h, Schoolboy Q, and Ab-Soul. Strictly a hip-hop playlist, ten new tracks were introduced including Sleep, Thought About You, Guns & Roses, and Stuck in My Ways.

The breakthrough that he’d been waiting for, Stolen Youth was met with critical acclaim upon its release. Praised for its production and lyrics, the mixtape earned nothing but stellar reviews from publications such as XXL, Billboard, and HipHopDX.

Then in 2014, Staples released his fourth mixtape, Shyne Coldchain II via Blacksmith Records. Produced by Evidence, Scoop DeVille, No I.D., DJ Babu, and Childish Major, it was yet another success- having received favourable reviews from many music critics. Written entirely by the rapper himself, the tape included several hit tracks including Oh You Scared (Feat. Jhene Aiko), Trunk Rattle, Earth Science, Locked & Loaded, and Humble.

Later that fall, he released his first EP, Hell Can Wait via Def Jam and ARTium Records. His first commercial project, it was originally announced on Twitter in September 2014. Twenty-four minutes long, the extended play gave rise to a handful of hits including Screen Door (Feat. Aston Matthews), Hands Up, Limos (feat. Teyana Taylor), Feelin’ the Love, 65 Hunnid, and Blue Suede.

An overall success, Hell Can Wait eventually reached number 9 on the Billboard Top 200; soon afterwards, it also charted at number 15 on the US Top Hip Hop Albums chart.

On June 30, 2015, the artist released his debut album, Summertime ’06. Primarily produced by No I.D. alongside others, it entered the Billboard Top 200 at number 39 over 13,000 copies sold in the first week. A two-disc album, it boasted a total of twenty songs including Jump Off the Roof, Lemme Know, Dopeman, Might Be Wrong, Get Paid, and Hang N’ Bang.

Met with widespread acclaim, Summertime ’06 earned itself high ratings from numerous publications including The Guardian, Billboard, The A.V. Club, Spin, and Pitchfork. On the music charts, the album eventually peaked as high as number 39 on the Billboard Top 200 and at number 3 on the Top R&B and Hip Hop Albums Chart.

Then on August 26, 2016, Staples released his second EP, Prima Donna. Consisting mostly of alternative hip hop, the playlist consisted of seven tracks: War Ready, Smile, Prima Donna, Loco, Big Time, Pimp Hand, and Let it Shine. Similar to his earlier titles, it also featured a couple of guest appearances from ASAP Rocky and Kilo Kish. A greater success compared to Hell Can Wait, it settled at number 50 on the Billboard 200 and number 6 on the Top R&B Albums Chart.

Most recently this June, the emcee came out with his second studio album, Big Fish Theory. Recorded at The Torch and EastWest Studios in Los Angeles, it came preceded by the single, BagBak, which was made available in February 2017. A hip hop album with hints of electronic-sounds, it came with twelve tracks some of which included Ramona Park is Yankee Stadium, Alyssa Interlude, Crabs in a Bucket, Party People, Rain Come Down, and Samo.

His most successful project to date, Big Fish Theory debuted at number sixteen on the Billboard Top 200 in the US, with approximately 24,000 sales in the first week. Elsewhere, the album also charted in the UK, Switzerland, Denmark, Canada, Belgium, Ireland, and New Zealand.

In addition to the aforementioned titles, Staples has been featured in the works of several other artists over the past few years. For instance, he contributed to Earl Sweatshirt’s Hive, Common’s Kingdom, Flume’s Smoke & Retribution, Kali Uchis’ Only Girl, and Clams Casino’s All Nite, among others. Some of the other acts that he’s worked with include Aston Matthews, Cashius Greens, Pyramid Vritra, and Matt Martians.

Naturally, most of his earnings have come from his music career. Having said that, he does have a few things going on the side that help to supplement his overall income. For example in 2015, he made a cameo in the coming-of-age film, Dope where he got to work with actors Shameik Moore, Tony Revolori, Kimberly Elise, and Kiersey Clemons. This past year, he also starred in a recent television advertisement for Sprite (he has been promoting the brand since 2015).

Concerts are another major moneymaker for the artist. Since his debut, Staples has hit the stage multiple times in countless cities around the world. Over the past few months alone, he’s hit up dozens of venues from those in the United States to Belgium! If you’re interested in seeing him perform live, he still has many dates left for this fall- for more information, be sure to visit his official website.

As far as other sources of income goes, he presumably also takes home a decent pay check from his Youtube channel. Since he first launched his VEVO account in 2013, he has amassed close to 200,000 subscribers with more than 75 million video views.

No, from what we can tell, the 23-year-old rapper is not married. In fact, not much is known about Staples’ dating life. Until proven otherwise, it can only be assumed that he is single.

Does Vince Staples Have Any Children?

No, Vince Staples does not have any children that we know of.

Did Vince Staples Go to College?

No, he did not go to college. Ultimately it was during his mid teens that he first got involved with hip hop- obviously, he hasn’t looked back since.

Where Did Vince Staples Get His Stage Name From?

Vince Staples currently resides in his hometown in Long Beach, California. Unfortunately, that’s about all we know about his location- as he’s never revealed much much about his personal life to the public.

We do not have any pictures of Vince Staples’ house to share with readers at this time.

What Kind of Car Does Vince Staples Drive?

Unfortunately, we do not have any information on Vince Staples’ vehicle at this time.

Vince Staples has successfully made a name for himself in the rap scene since his debut in 2011. As of 2017, he has released two full length albums, two extended plays, four mixtapes and seventeen singles- many of which have gone on to reach the record charts in multiple countries.

Some highlights from his career include Big Fish Theory, Prima Donna, and Summertime ’06.

A rising star, he earned his first accolade in 2014, a BET Hip Hop Award for his track, Kingdom (With Common). Since then, his song Waiting for My Moment has also been nominated for a Black Reel Award for Best Original or Adapted Song.

In 2016, the rapper announced that he would be assisting in a local YMCA program which will help to benefit young individuals in the North Long Beach area. On top of that, Staples also disclosed an undisclosed amount to the institute.

How Much Did Vince Staples Make Last Year?

We do not have any information on Vince Staples’ 2016 earnings at this time.

As mentioned above, he most recently released his second album, Big Fish Theory on June 23, 2017. A huge success, it once again boosted the rapper’s popularity in the rap scene.