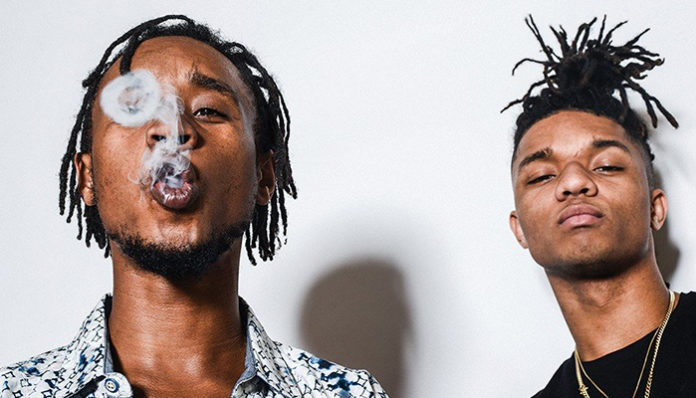 ikA hip hop duo consisting of Slim Jxmmi and Swae Lee, Rae Sremmurd first established themselves with the release of their 2015 debut album, SremmLife. Prior to signing to Mike Will Made It’s EarDrummers label in 2013, the brothers performed together as Dem Outta Boyz, during which they released two mixtapes, Party Animal and Three Stooges Mixtape.

Ultimately, it was their 2014 hit, No Type that first propelled them into the spotlight. Three other platinum records soon followed including, This Could Be Us, and Come Get Her. The duo’s debut album, SremmLife was later made available in 2015.

Though successful, it wasn’t until the release of the chart topper, Black Beatles (Feat. Gucci Mane) in 2016, that they attained celebrity status. Since then, Rae Sremmurd has dropped two additional tracks, Swang, and Perplexing Pegasus, the first of which went on to receive platinum certification in the United States.

How successful are the rapping brothers now? According to sources, the pair currently have an estimated net worth of $3 million. Where did the siblings make this money from? Let’s take a look.

How did Rae Sremmurd Make Their Money & Wealth? 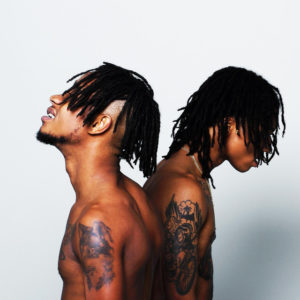 Born on December 29, 1991, Slim Jxmmi is the older of the two siblings; his brother, Swan Lee (b. 1993), is younger by two years. Growing up, they were raised singlehandedly by their mother Bernadette Walker, as their father had left the family many years prior to their birth. They have a brother named Michael.

Due to their mother’s work in the army, they moved around frequently during their childhood. For instance, they lived in both Maryland and Mississippi, before settling down in Ford Hood, Texas. Interested in music at a young age, the two brothers began to dance and write music while still in grade school. Around his tenth birthday, Swan Lee learnt how to produce his own music with the digital audio workstation, Fruity Loops.

As they approached their teens, the siblings and their mother moved back to Mississippi to join their mother’s new partner, Floyd Sullivan. Settling in the city of Tupelo, their stepfather soon resorted to selling drugs in order to support the family. Sometime in their late teens, the brothers befriended Jemiah Middlebrooks at a local park. Realizing their mutual interest in music, they decided to form a hip hop band together called Den Outta St8 Boyz.

At the time, Jemiah went by the name ‘Lil Pants” and Khalif by “Kid Krunk.” Pooling together the money that they’d saved from their part-time jobs, the trio purchased a set of recording equipment and got to work producing beats at home. Inspired by the works of Soulja Boy, they produced a number of songs, which they then uploaded onto social media. Soon afterwards, they invited Jermarcus Jackson into the group, who became the resident DJ.

As it happened, their mother later split up with their step dad- this led the brothers to start skipping school more frequently. Fed up with their habits, the two siblings were eventually kicked out of the house, as they often returned home at late hours despite the fact that they had school the next morning. Squatting in an abandoned house, they continued to work on their music- despite their circumstances, they never gave up; in fact, they held parties in their new residence in attempts to spread their tapes.

In 2010, Dem Outta St8 Boyz released their debut single, Party Animal. A decent hit, the track drew some degree of attention in the local scene. In fact, it eventually landed them an opportunity to perform on stage at a few music festivals; at one point, some of their songs even received airtime on radio. From there, the group auditioned and qualified for a segment on BET’s 106 & Park. After performing their signature Party Animal on the show, the met a young rapper by the name of Andre Harris. A collaboration between them was later released within a few months.

By 2013 however, only the two brothers were left in the group. Introduced to Mike Will Made-It, they signed a deal with the label, Made-It Mafia in 2013. Ultimately, it was then that they adopted their current stage names. Eventually landing a feature on Mike Will’s mixtape, #MikeWillBeenTrill, the track was released as their first promotion single just a couple of months later.

A year later, Rae Sremmurd dropped their breakthrough single, No Type. A blend of trap and hip hop, it peaked at number 16 on the Billboard 200, and number 3 on the Hot R&B Songs Chart shortly after being released. Their second highest-charting record to date, the record also charted in the UK, France, Denmark, Belgium, and Canada. Within two years, No Type had gone platinum three times in the United States.

Prior to the release of their debut album, they came out with another single, Throw Sum Mo. Featuring Young Thug and Nicki Minaj, its production was handled by Soundz and Mike Will Made It. A platinum hit, the song peaked at number 30 on the Billboard Hot 100 and number 12 on the R&B Songs chart; eventually, it also peaked at number one on the R&B Airplay and Rhymes charts.

On January 6, 2015, the brothers released their debut album, SremmLife. Recorded at various studios between 2013 and 2014, it gave rise to eleven tracks including Safe Sex Pay Checks, YNO, No Type, This Could Be Us, Unlock the Swag, and Lit Like Bic. Upon its release, the project peaked at five on the Billboard Top 200 with 34,000 copies sold in the first week. Outside of the US, the album also charted in Sweden, Norway, Denmark, Belgium, and Canada.

Praised by critics, SremmLife ended up being featured on several year-end lists including those by Complex Magazine, Rolling Stone, LA Times, Entertainment Weekly, and Stereogum.

Most recently, the hip hop duo released their second album, SremmLife 2. Accompanied by four singles, it entered the Billboard Top 200 at number seven, with 15,000 copies sold in the first week; by the second week, it had moved up to number four. Featuring a few guest appearances from Juicy J, Kodak Black, Lil Jon, and Gucci Mane, the track listing came with twelve titles including Shake it Fast, Set the Roof, Came a Long Wa, Take it Or Leave It, Now That I Know, and By Chance.

Of course, they’ve also been featured in the acts of others over the past few years. Most notably in 2015, they contributed to Ty Dolla $ign’s, Blasé, which ended up peaking at number 63 on the Billboard 200, number 15 on the Top Rap Albums chart, and number 20 on the Top R&B Albums chart. Since then, the single has sold over one million units, earning it platinum certification in the United States.

In addition to what they’ve made from their albums and singles, the brothers also yield a decent amount from going on tour throughout the year. Since their debut, Rae Sremmurd has hit up numerous cities around the world- for instance last year, they performed at well over 80 different venues across the United States. More recently this summer, the siblings hit the road for a worldwide tour- in fact, it just recently ended in August 2017.

Aside from their record sales and concert shows (which are likely their two biggest money makers), the duo’s Youtube channel also draws in a steady stream of passive income. Since they first launched their account in 2013, they’ve amassed over 100,000 subscribers with more than 13.5 million video views. Assuming they make at least $2 per 1,000 views as a Google partner (e.g. display advertisements on their videos), they would have already earned ~$10,000.

As of 2017, their most popular video, the official audio for We has been played over 4.7 million times. That in itself is already a few thousands dollars in ad revenue!

Are the Brothers Married?

No, from what we can tell the brothers are not married. At one point however, it was known that Swae Lee was interested in dating Malia Obama.

Do they have any Children?

No, neither of the two siblings have any children that we know of.

Did the Brothers Go to College?

No, they did not go to college. After getting into rap during high school, they continued on that tangent upon graduating.

Where did Rae Sremmurd Get Their Stage Name From?

As far as their individual monikers, Aaquil originally chose “Slim Jimmy” which has since been stylize as “Slim Jxmmi.” As for Khalif, he initially opted for “iHipster Lee” which later changed to what it is today, “Swae Lee.”

The two brothers currently reside in their hometown of Tupelo, Mississippi. Seeing as how they haven’t revealed any details on their abode, that’s about all we know about their location at this time.

We do not have any pictures of Rae Sremmurd’s house to share at this time.

What Kind of Car do the Siblings Drive?

Unfortunately, we do not have any information on the brothers’ vehicles at this time.

Since they landed their first record deal, Rae Sremmurd has released two studio albums (both of which went platinum), three mixtapes, and over a dozen singles. Some of their most popular hits (as mentioned earlier) include: No Type, Throw Sum Mo (Feat. Nicki Minaj & Young Thug), Black Beatles (Feat. Gucci Mane), Come Get Her, and Swang.

In terms of industry awards, the brother have won a BET Award for Best Group (among seven nominations), and a Billboard Music Award for Top Rap Collaboration (among five nominations). In addition to those two, they’ve also been nominated for a BET Hip Hop Award, an International Dance Music Award, an MTVU Woodie Award, a Nickelodeon Kids’ Choice Award, as well as two Southern Entertainment Awards.

How Much Did Rae Sremmurd Make Last Year?

We do not have any information on Rae Sremmurd’s 2016 earnings at this time.

The last that we’ve hoarded the duo are preparing to release their third album, SremmLife 3. Though an official release date has not yet been revealed, the brothers have reassured fans that it is “coming soon.”

As far as public appearances go, the pair performed the 2017 Wireless Festival in UK this past July.